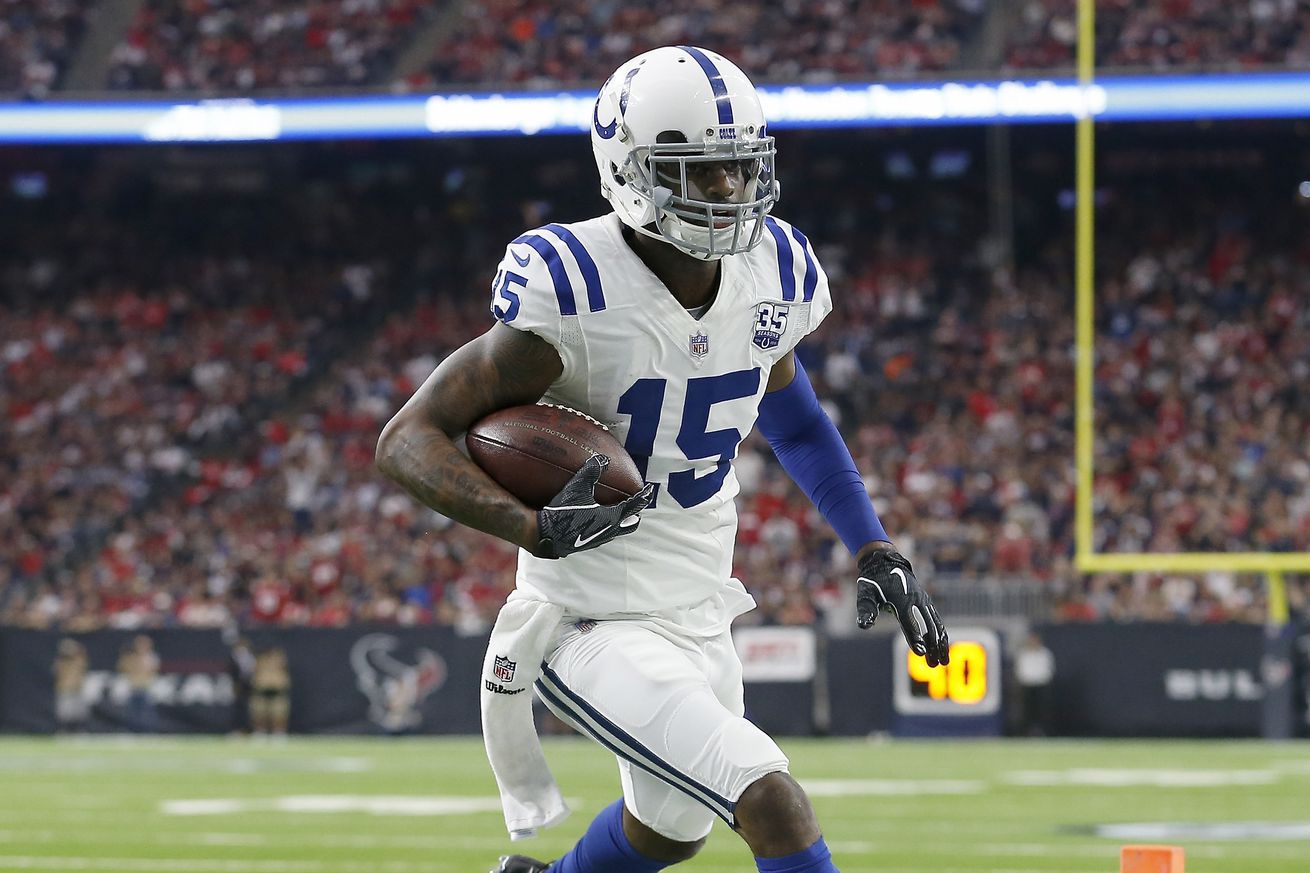 Even with the draft over and free agency dying down significantly, the New England Patriots are trying to add depth to their pass catching group — a unit that is undergoing a major transformation this offseason due to the retirement of Rob Gronkowski and the free agency departures of wide receiver Chris Hogan and Cordarrelle Patterson. In order to help fill those holes, the Patriots brought in numerous players over the last three months.

The latest of them is wide receiver Dontrelle Inman, who came to New England on a free agency visit today — one that apparently went pretty well: according to ESPN Boston’s Mike Reiss, New England and the veteran wide receiver have agreed to a yet undisclosed contract. Themove adds further depth to a wide receiver corps headed by Super Bowl MVP Julian Edelman, first-round draft pick N’Keal Harry, and free agency re-signing Phillip Dorsett.

Inman is coming off a solid season with the Indianapolis Colts: appearing in nine games for the team as an in-season addition off the open market, he caught 28 passes for 304 yards and 3 touchdowns — not necessarily spectacular numbers, but solid for a rotational third/fourth option. Inman might be little more at this point in his career, but bringing him in as a low-cost depth player to compete for a roster spot over the summer is certainly no mistake.

As such, the versatile 30-year-old will now compete against the Patriots’ other depth wide receivers for a role behind roster locks Edelman and Harry. With Dorsett probably safe as well, his competition projects to be a group of first-year Patriots — Demaryius Thomas, Maurice Harris, Xavier Ubosi, Jakobi Meyers, and Ryan Davis — as well as second-year man Braxton Berrios.