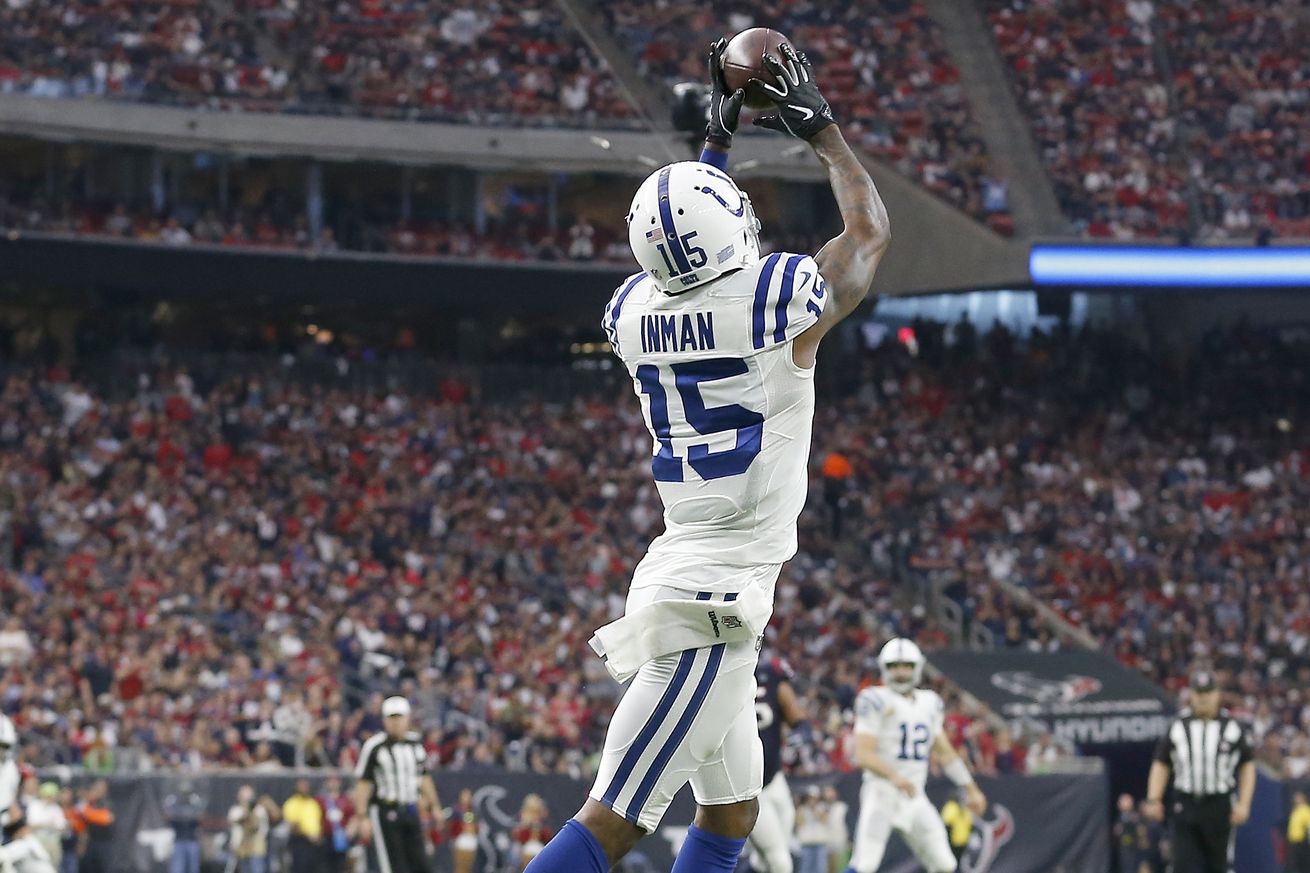 The Patriots seem to be moving away from smaller receivers.

Bruce Ellington is out and Dontrelle Inman is in. Inman is 6’3” and a bigger-bodied receiver who plays well in the slot. He was fantastic on the Chargers in 2016, but has moved from the Chargers to the Bears to the Colts since then. The signing makes a lot of sense, based on the way the Patriots have attempted to rebuild their receiving corps this year.

The Patriots have always been known for their small, quick wide receivers, but now, the majority of the players currently on the roster break that mold. In fact, only Julian Edelman, Braxton Berrios, Phillip Dorsett, and Ryan Davis are under 6’2”. The rest of the receivers — Inman, first-round pick N’Keal Harry, Demaryius Thomas, Maurice Harris, Jakobi Meyers, Xavier Ubosi, and the suspended Josh Gordon — are all bigger receivers.

Before the Pats acquired Gordon last season, when’s the last time you remember the Patriots having a legit big-bodied receiver? Randy Moss? They tried to make something work with Aaron Dobson, but he had worse ball skills than Chris Canty (that’s a little throwback for all my OG’s out there). The Patriots have obviously put a premium on tall receivers who can create separation in different ways than the smaller receivers they’ve had in the past.

You wonder if Tom Brady enjoyed playing with Gordon, and wanted more receivers with his type of frame. Whatever the reason, it is not by accident. The Bill Belichick-led Patriots had never drafted a receiver in the first round before they took Harry 32nd overall last month. I’m sure many people will have many different theories before the start of the season, but we really won’t know the plan until the season starts. All I know is that I’m excited to see where this new look offense takes the Patriots this year.