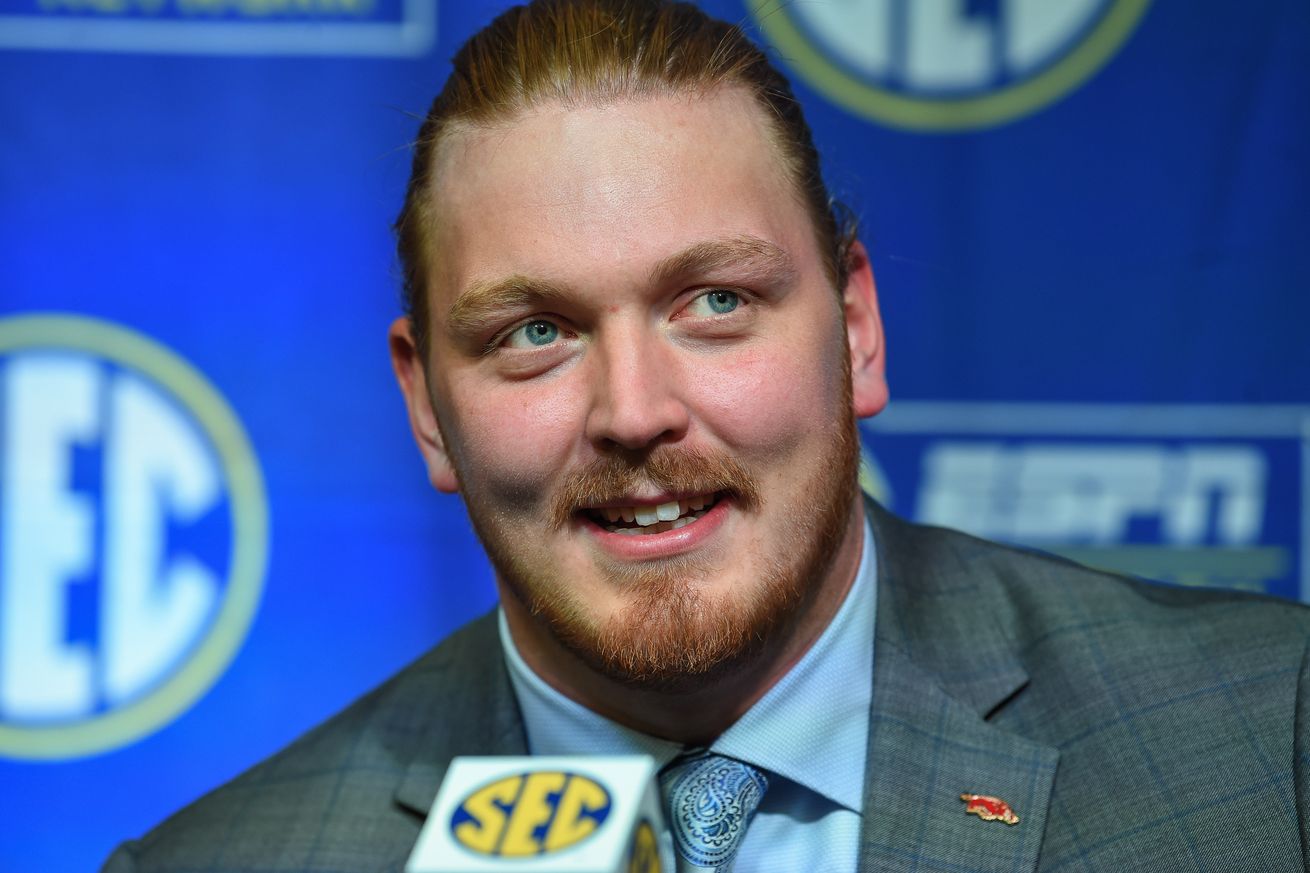 On Thursday, the New England Patriots started the process of signing their 2019 draft class. Second-round cornerback Joejuan Williams was the first reported signing, followed by offensive tackle Yodny Cajuste (round three), quarterback Jarrett Stidham (round four) and defensive lineman Byron Cowart (round five). On Friday, three more rookies joined them to bring the total of signed draft selections to seven out of ten.

As the Patriots themselves announced, they agreed to four-year contracts — the standard as stipulated in the collective bargaining agreement — with the following choices:

Of the three men, Froholdt has the best odds of making the team. The versatile Arkansas product will compete with veteran Ted Karras for the top backup spot along the interior offensive line, and potentially even be groomed to take over a starting role in case left guard Joe Thuney leaves via free agency next year. Either way, the 22-year-old will offer valuable quality depth during his 2019 rookie season.

Bailey, meanwhile, will enter a direct competition for the Patriots’ punter role: the strong-legged Stanford product, who also has experience working kickoffs, will go against incumbent Ryan Allen. The hyper-athletic but raw Webster, on the other hand, finds himself on the deepest position group on the current roster and needs a convincing offseason to earn a spot on the 53-man team or New England’s practice squad.

With the three men now officially in the fold, only three Patriots draft picks remain unsigned: first-rounder N’Keal Harry as well as third-rounders Chase Winovich and Damien Harris have yet to sign deals with the team. Given the speed with which the other players have agreed to their contracts, however, the process should not take too long.