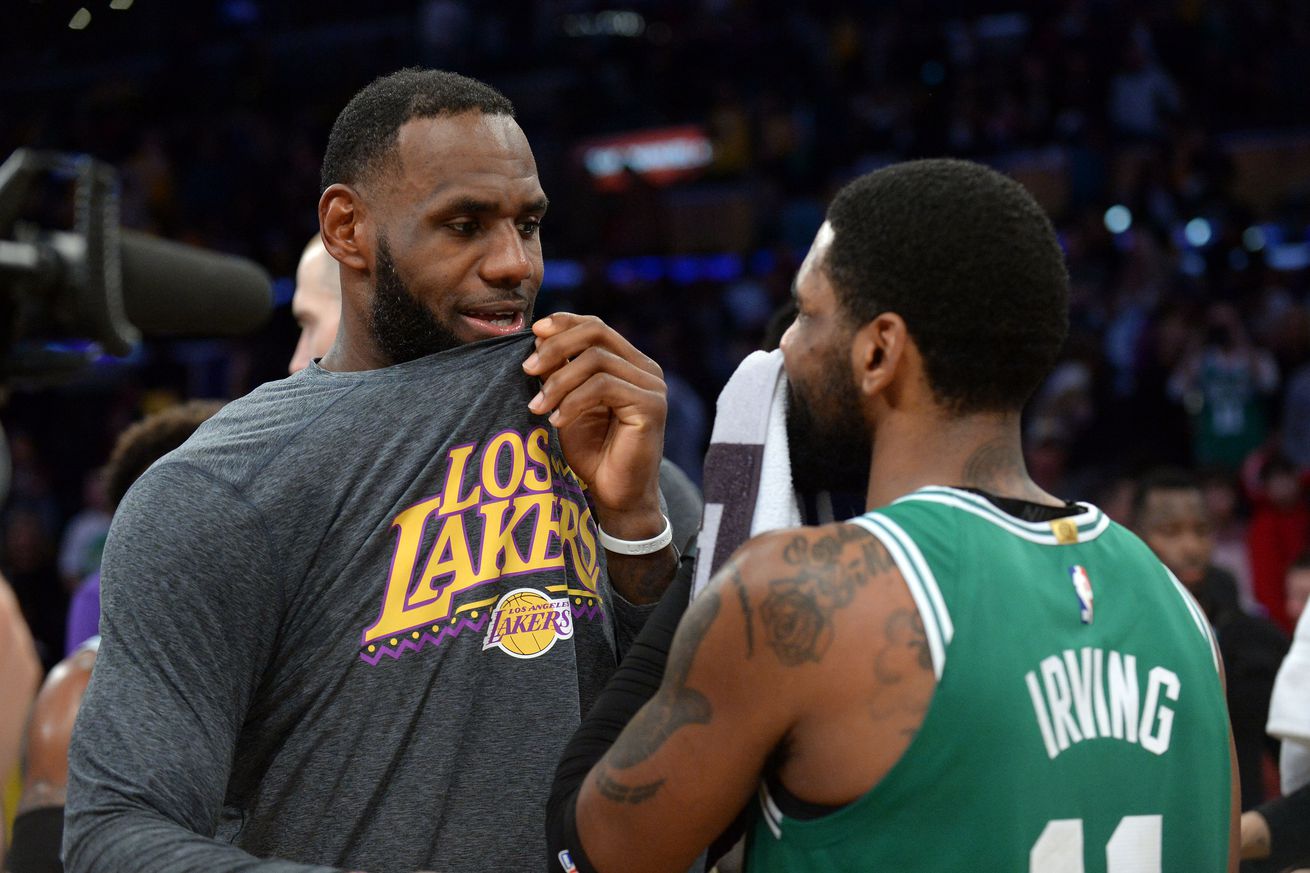 Nothing would make Irving more hated in Boston than this.

It was only a matter of time before the Kyrie Irving rumors started, and here’s a doozy.

ESPN’s Brian Windhorst reports on his podcast that there’s a possibility that Kyrie Irving and LeBron James could team up once again. This time for the Los Angeles Lakers. (via Yahoo)

“I would’ve said that this is impossible for many months,” Windhorst said on ESPN radio. “But as time passes here and as the possibility exists that Jason Kidd could be hired as the Lakers coach, I think the possibility of Kyrie and LeBron reuniting—that door, which was deadbolted, has been un-deadbolted and has now been cracked open,” he said. “It might even be opening more by the day. And I say that just because I think it’s on Kyrie’s radar, it’s on Kyrie’s board. He has had discussions with people about playing for the Lakers.”

For one thing, it appears that Frank Vogel has been hired as the Lakers head coach, but for some reason Jason Kidd has been installed as an assistant coach. Perhaps there are ties between Kyrie and Kidd?

Regardless, we have Windhorst (who’s very plugged in with LeBron and probably with Irving) reporting that Irving has had discussions with people about playing for the Lakers.

Assuming this is accurate information, and given the limited time we’ve had since the last Celtics game, we can assume that at the very least Irving is keeping all his options open at this point.

We have over a month and a half before Irving can pick his new team (“ask me July 1st”) but this is likely the first of many rumors we’ll hear between now and then.

I would imagine that LeBron would welcome another chance to play with Irving and would love to bring the guy to Los Angeles to once again be his sidekick. The opportunity might seem enticing to Irving as well. It certainly worked in the past and if they’ve truly gotten past whatever divided them in Cleveland, then reuniting on the Lakers makes a lot of sense.

From a Celtics standpoint, nothing would make Irving more hated than flaming out in dramatic fashion, then fleeing across the country to join our eternal rivals to join one of our most infamous foes.

Keep in mind that this is just a rumor, but it is one that makes some sense. Stay tuned for more.