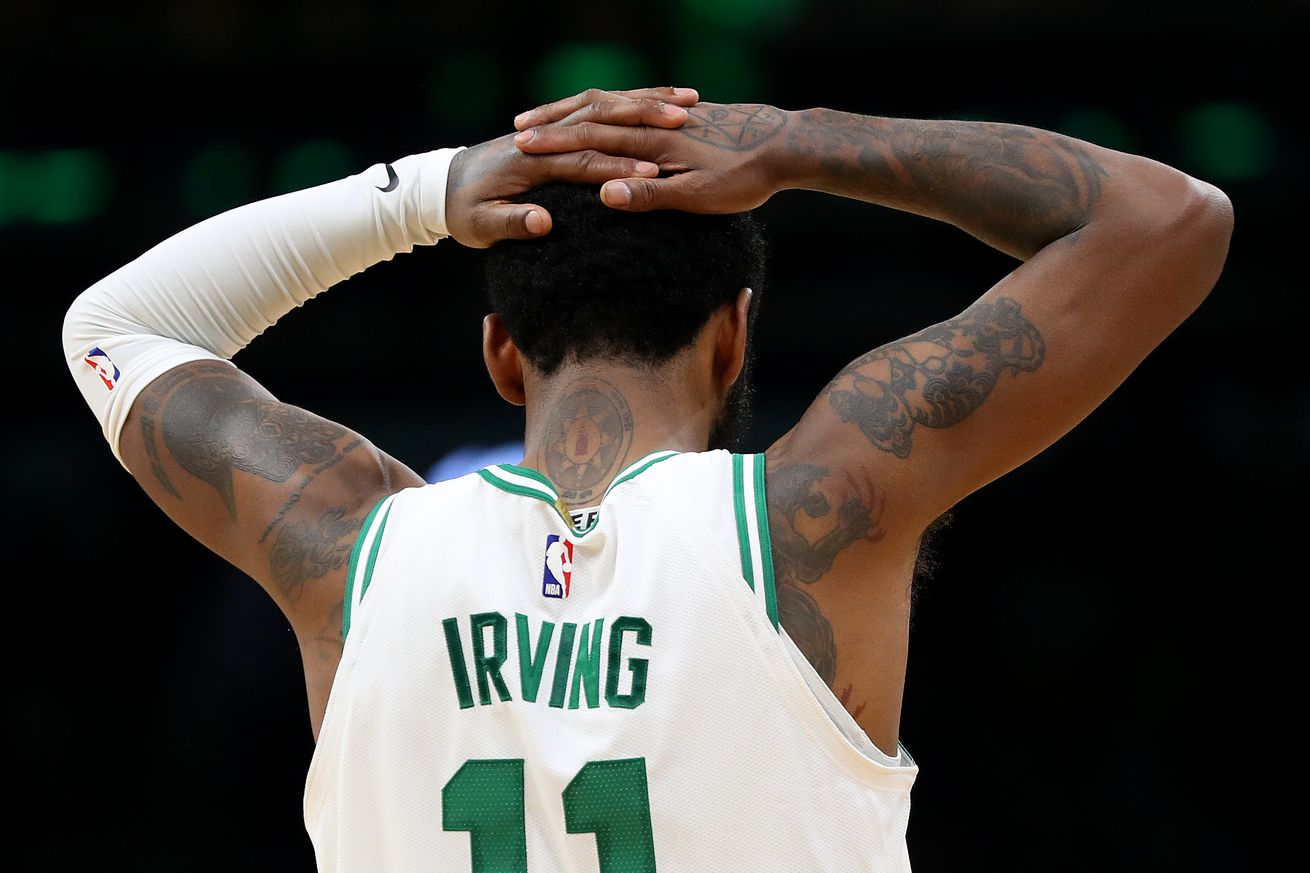 Will he stay or will he go now?

I lean no, but wouldn’t be surprised by anything. Irving seems to care about how he is perceived (I think most of us do) and struggled in a leadership role in Boston and both of those things will be key factors for how he handles this off season. The Celtics can offer more money and an extra year, and Irving hasn’t exactly been an ironman over his NBA career. Kyrie was visibly bothered by the negative PR of this season, and I’m just not sure relocating to another team is worth the risk, paycut, and label of “two time cut and run guy” (fair or not) it would entail. It’s going to come down to what Irving decides is best for him. Unpopular minority, here, but I think that’s fine.

Sam, you said it. Also, the great Jackie MacMullan said something similar to Zach Lowe. To paraphrase: you say you’re searching for happiness, but are you ever going to find it if you keep thinking it’s not where you are?

You overcome challenges by acknowledging and dealing with discomfort. Sitting with the reality of this season and holding oneself accountable with purpose is the only way to move through this if you’re Irving and you want to stay.

Irving loves a challenge and this is the ultimate one: can you accept disappointment and lead by example as you move through it? Or do you run from it and pretend another team has the answer.

I think we caught a glimpse of Irving starting to accept this challenge just as the team headed into the postseason. I think he wants to be a leader badly, to show toughness. And if he allows himself to accept that change and success don’t happen without hard and at times uncomfortable work, I think he might even find his happily ever after in Boston.

I think he stays.

It’s hard for me to imagine Kyrie Irving wearing a Celtics uniform again given the style with which he played in his final four games. The forcefulness and frustration that showed through his dreadful shooting performances reflected a year of disdain. I’ll admit, the surest path to contention for the Celtics involves keeping Irving and reshaping the core around him, perhaps with a more veteran cast. There’s no certainty that happens, and though I don’t have any vision into Irving’s head space, my gut says he departs this summer through a sign-in-trade. He never chose Boston, and some friction prevented this team from reaching its capabilities with him in the mix. It may not have been his fault entirely, some teams don’t mesh, but it means this one won’t come back together. He’s gone.

After his Game 5’s performance and his antics all year long, I really can’t see Kyrie Irving coming back to the Celtics. It is tough to grapple with as he is still a top player in the league, but the body language tells me he just does not want to be on this team. For one, his style does fit well with the Celtics game plan as we saw a contrast from last year and this year. I would never go as far as saying the Celtics are better without him, but some players do not fit in certain systems. It is a shame he couldn’t adjust. Kyrie Irving is an interesting individual. He is brilliant in his own way while trying to still find himself on a deeper level. If he does in fact leave, I wish him all the best and hope he finds the happiness he always talks about searching for.

I’m still 50-50 on him staying or going, but if you made me pick one or the other I think perhaps he’s gone. One note: I don’t think the playoffs will have a huge impact on his decision. There’s a very good chance that his decision will hinge solely on what he hears through back-channels about the plans of other free agents and “pre-agents” around draft time. That could be good or bad for the Celtics. There’s also a chance that he made up his mind months ago. That could be bad for the Celtics’ chances.

As always, it is important to remember, Kyrie is a different kind of cat. The Celtics have always seemed like an ideal place for him. But as we found out this season, reality doesn’t always live up to expectations.