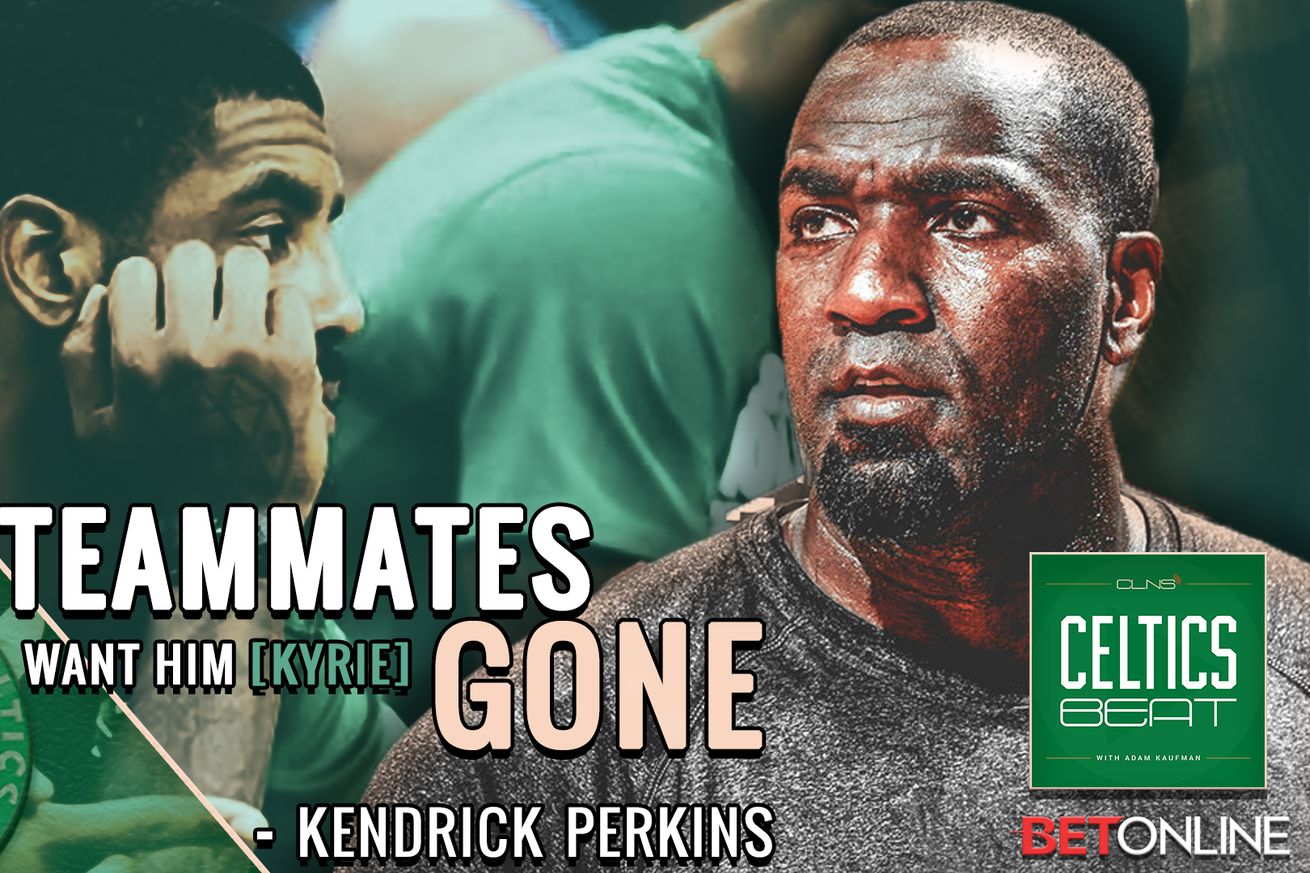 Everyone has seen Perk back on the scene, doing a media blitz on his disappointment in Kyrie. You’ve never heard this though…

Accompanying article was composed by Evan Valenti for CLNS

Kendrick Perkins feels your pain. The former Boston Celtic center expressed his frustrations with this year’s team on this week’s edition of Celtics Beat.

Perk wasted no time ripping into Kyrie Irving. “He sounds confused. He sounds like a guy that don’t wanna be in Boston,” said the NBA Champion. “Celtics history and Celtics pride is way bigger than Kyrie Irving. You want guys that want to be there.”

“He showed us sign all year long that [Kyrie] didn’t want to be a Celtic.”

And maybe his teammates noticed that.

“I think his teammates want him gone,” said Perkins. “I think the Celtics would be better off without Kyrie Irving.”

Obviously that debate is one Danny Ainge needs to analyze this summer.

Perkins on Who the Celtics Should Build Around

If Kyrie is not going to be here then the team has to revolve around someone. Perk made some suggestions on who to build the team around. I agree.

And the argument for those guys is simple. They are the ones I credit the most for the culture surrounding the team right now.

Everyone knows Marcus Smart is the lifeblood of the team. You can feel his energy every time he hits the floor. His impact on the game actually makes Mike Gorman belly laugh on live television. His teammates love him. Most opponents respect his defense. He’s worked hard every off-season.

Meanwhile, Jaylen Brown’s tough year really showed me that he has the type of character you want in a player. Players struggle. It’s a part of the game. How you respond to that struggle is what’s most important. And Jaylen did an admirable job responding to his demotion earlier in the year. His role changed and after a while he thrived in it.

Do I have to go over why Al Horford is important to the team? We’ve had this discussion for two years. I feel exhausted talking about it still. His IQ is off the charts and his play is tailor made for today’s NBA.

Nice to know Perk sees it my way.

4:06 Perk on Celtics in the playoffs