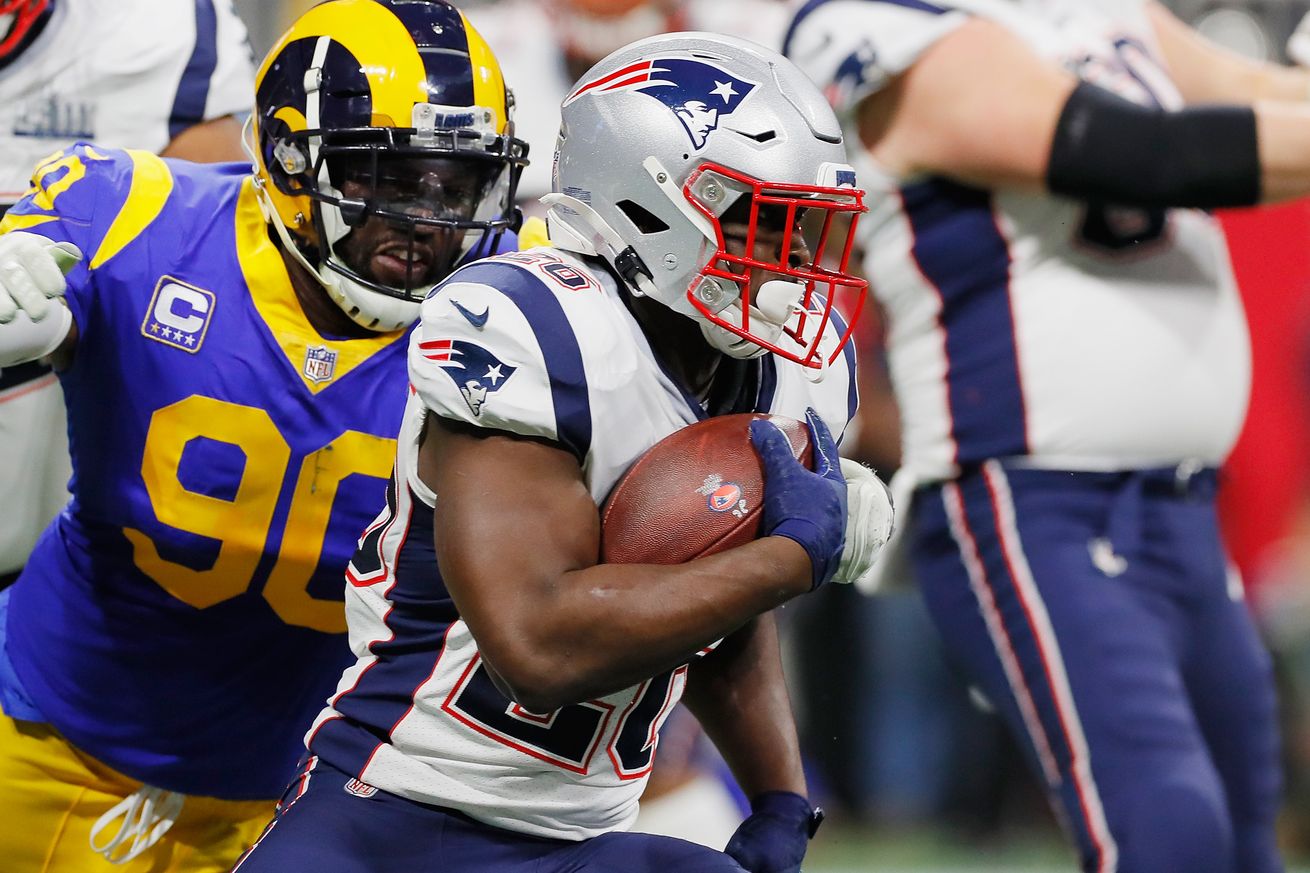 The New England Patriots surprised many last April when they invested their second of two first-round draft picks in the running back position: with the 31st overall selection, the team chose Georgia’s Sony Michel to help fill the void created by Dion Lewis’ free agency departure. While a stylistically different player than his de facto predecessor, Michel was able to establish himself as the early-down back Lewis used to be in 2017.

In that role, the rookie appeared in 16 of the Patriots’ 19 games in 2018 — including all three playoff contests — and finished the year with a combined 1,276 rushing yards and 12 touchdowns on 280 attempts. Despite having to work his way back from two separate knee injuries suffered in training camp and half-way through the regular season, respectively, Michel produced one of the better rookie seasons in New England’s recent memory.

Needless to say that expectations are high for the 24-year-old heading into his second year: he has proven himself a key cog in the Patriots’ offensive machinery last season, and is now looking to make the famed second-year jump. One person who sounds optimistic about Michel’s abilities to succeed at improving his game even further is running backs coach Ivan Fears, who spoke about his protégé during a recent media availability session.

“He’s got a lot of time now to learn about the things that he can do a hell of a lot better,” said Fears. “You can always improve, everybody can improve. He’s got to take that next step to build on what he started and that’s what we expect of him. We expect him to learn, we expect him to grow as a player and as a teammate. Sony’s going to work hard, no doubt about it. I’m excited about what we expect to see from him next year.”

Fears is one of the more outspoken members of the Patriots’ coaching staff, so hearing him express his excitement about Michel’s outlook entering 2019 is noteworthy — but reasonable nevertheless considering how his rookie campaign went: Michel was trusted with a heavy workload and significant role early into his NFL career, but regularly appeared to be able to meet the coaching staff’s expectations.

He therefore can be seen as a role model for other players coming to New England, as Fears pointed out: “He’s definitely a guiding light when it comes to that situation. Everybody can see that you can play and you can produce as a rookie, but you’ve got to put the work in. You have to put the work in. It’s not going to be given to you. You have to come in and you have to earn it. If they want to see an example of a guy who’s done that, he’s the guy.”

Entering his second year as a pro, Michel and the Patriots will hope not just for a repeat performance of his solid rookie season but for further growth as one of the league’s most intriguing young running backs. If that happens, New England’s ground game — one that also saw the addition of third-round draft pick Damien Harris this year — could become even tougher to defend than it already was for stretches in 2018.

Fears, however, has his eyes on the task at hand: getting the Patriots’ rookie class up to speed quickly and the veterans like Michel ready via the club’s offseason workout program. “You’ve got to love this, you’ve got to love what you do, you’ve got to have a passion for the sport,” the coach said. “This is where you start building your championship team. If they’re not loving this right now, move on, get out of the way, because this is where it all starts.”

For Michel specifically, the offseason program is the foundation upon which he will build his 2019 campaign — and potentially the starting point for yet another productive season as the Patriots’ top running back option.