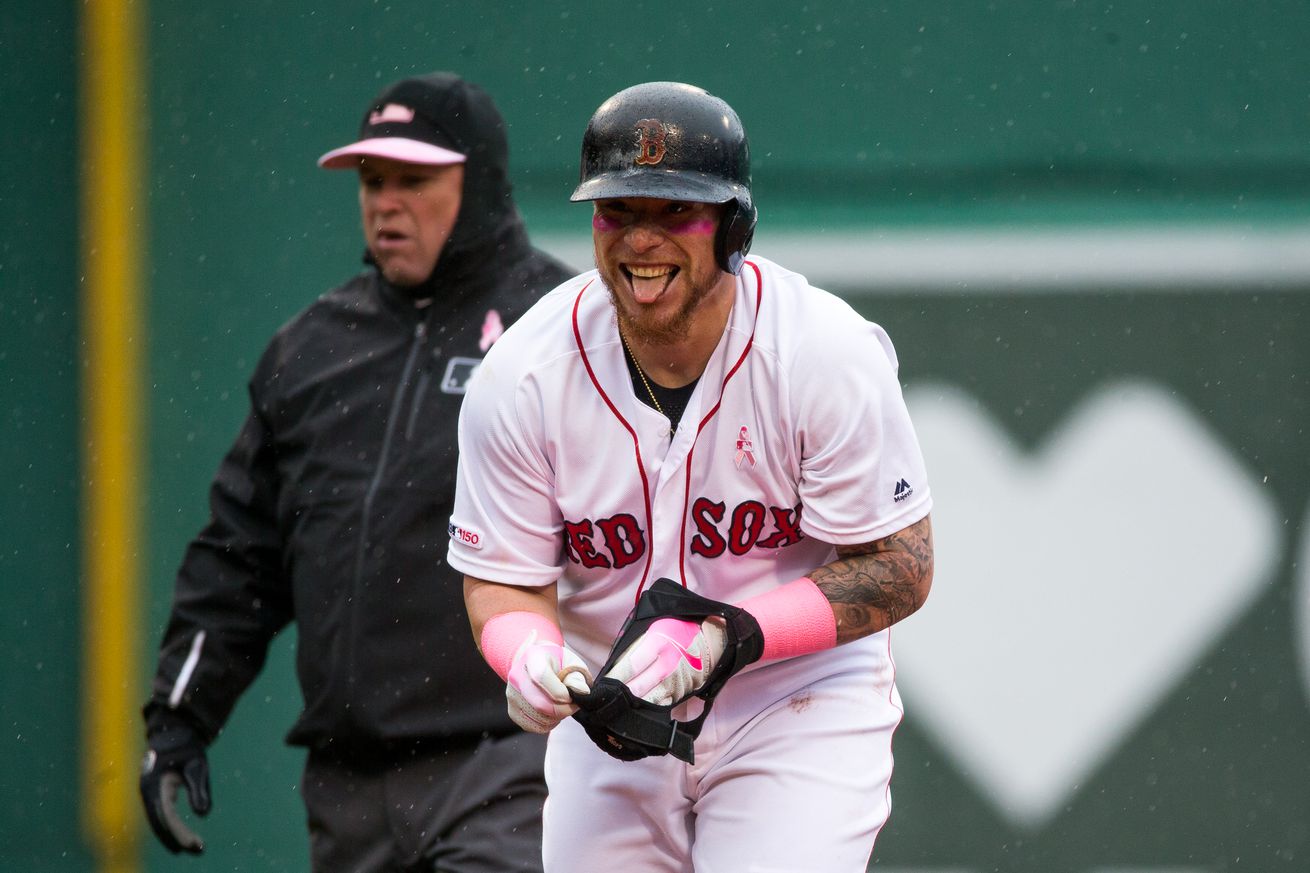 What else is there to say about the kind of baseball the Red Sox are playing now? With another blowout win on Sunday, the Red Sox are now up to five victories in a row and all the way up to three games above .500. Perhaps most amazingly, their run differently is all the way now to +27. That is only three behind where the Yankees were at the start of the day. In this particular game we saw Hector Velázquez pitch as efficiently as we’ve seen in over a year with the offense raking again with some extra help from Seattle’s defense.

Hector Velázquez, who got the start today, has not been a typical starting pitcher this year. He had made five starts heading into this outing, but as he’s thrown in the bullpen since spring and even made some relief appearances between turns through the rotation, the righty has made it more than three innings just once. In that instance, he made one out in the fourth. Even last season when he started eight games, Velázquez tossed more than four innings just twice all year. So, it was fair to expect it was going to be more of the same on Sunday. Not that this would have been a bad thing, of course, because the tandem of Velázquez and Marcus Walden coming in and tossing three innings each had worked out.

Except, well, Velázquez had some other ideas. Very early on, it actually looked like he may be lucky to get through his typical three innings. The righty started his rainy Mother’s Day start with a walk to Mitch Haniger, and then allowed a double to J.P. Crawford to put two runners in scoring position without the first out of the game having been recorded. Edwin Encarnación then had a chance to do some real damage and give Seattle a big lead in the first inning for the second consecutive day. He did get a run in, but it was just with a sacrifice fly. Velázquez then settled in and got the next two guys to keep the deficit at just one run.

After that rough start, the former Mexican League pitcher put things into cruise control and showed effectiveness and efficiency we haven’t seen from him this year. He got a 1-2-3 in the second, then issued a leadoff walk in the third. Despite the free pass, Velázquez still only had to face three batters that inning thanks to a strike-em-out, throw-em-out double play to end the inning.

He then came back out with another 1-2-3 in the fourth before finally allowing a little more damage in the fifth. To that point, he had not allowed a hit since Crawford’s double in the second at bat of the game, and the only baserunner he’d allowed was on a walk to leadoff the third. Omar Narváez changed that. The Mariners catcher got a 2-0 changeup right down the heart of the plate and he blasted it into the Red Sox bullpen for Seattle’s second run of the afternoon. Velázquez did come back after that with three straight outs to get through the inning. That would mark the end of his start, as he went five innings for the first time since April 14 of last year. In those five innings he allowed the two runs on two hits, two walks and three strikeouts.

So, it was up to the Red Sox offense to reward their starter with that effort, and they’d try to do so against Mariners Opening Day starter Marco Gonzales. The southpaw wasn’t great in his effort, but Seattle’s defense was the standout here. They arguably (probably? definitely?) have the worst defensive group in all of baseball, and that was on full display in this game. They were charged with only one error plus a passed ball, but everything was an adventure for the road squad on Sunday.

The start of the offense was not something the defense could prevent, though. After the Red Sox got two quick outs to start the bottom half of the first, J.D. Martinez came to the plate. He got a cutter down in the zone over the middle of the plate and he launched a no-doubt, solo home run to tie this one up. Things were only getting started, too. Xander Bogaerts followed that up with a walk before Rafael Devers rocketed one off Daniel Vogelbach’s glove at first base for a single. That brought up Michael Chavis, who benefitted from the aforementioned Seattle defense. He popped one up in shallow right field, but it was badly overran by Mariners second baseman Shed Long, allowing it to fall in for a hit. That scored another run, giving Boston a 2-1 lead. A passed ball then allowed one more run to score and give the Red Sox a 3-1 lead at the end of one.

They would add on in the second, too, again doing so with two outs and again doing so thanks in large part to the Mariners defense. Andrew Benintendi reached on a two-out walk, and then Mookie Betts popped one out to right field. Jay Bruce got to this one, but he was a little unsure the whole way and then it bounced out of his glove for an error. That would score another run, and the Red Sox had a 4-1 lead after two.

It would be a few innings before Boston scored again, though the Mariners did botch another pop up on the right side with Long letting a ball bounce out of his glove in the second. They did get a force out at second, which is why it was not called an error. Anyway, in the fifth the Mariners had to turn to their bullpen and the Red Sox picked back up, and again did so with two outs. Bogaerts started by drawing his third walk of the day before Rafael Devers doubled down the right field line. Chavis then ripped a line drive single into right field, and it was 6-2 Red Sox. They would eventually get runners on the corners, but couldn’t score any more runs.

So, now it was up to the bullpen for protect a four-run lead for four innings, and Walden was indeed up first. It was a bit later than we expected, but he came out with a 1-2-3 sixth. The right would head back out for the seventh as well, allowing a two-out double but nothing more. Waden would eave after those two inning, paving the way for Josh Smith in the blowut. The game would become even more lopsided, with five more runs scoring by the end, including another long ball from Martinez.

The Red Sox will now relax for a day on Monday before starting their next series on Tuesday. They’ll be hosting the Colorado Rockies this week for a short two-game series. That first game will feature Chris Sale going up against Kyle Freeland. First pitch is scheduled for 7:10 PM ET.

Over The Monster https://www.overthemonster.com/2019/5/12/18616866/red-sox-mariners-jd-martinez-hector-velazquez-michael-chavis-rafael-devers
Categories: Sports