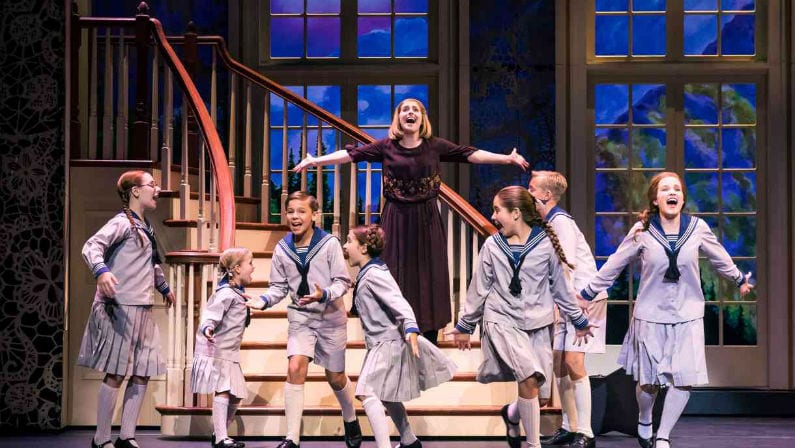 One of the most iconic musicals of the 20th century is getting new life as a lavish new touring production. The Sound of Music, the enchanting story of the Von Trapp family and their ability to stay positive despite the odds, is coming to the Boston area this month and we’ve got an exclusive deal for Boston on Budget readers: 25% off tickets. Get yours before they say “So long, farewell, auf Wiedersehen, good night!”

The Sound of Music has been captivating audiences around the world for over fifty years. The story is best known in the form of the iconic 1965 film starring Julie Andrews and Christopher Plummer which won Best Picture, Best Director, and Best Music at the 1966 Academy Awards. The film has been preserved by the Library of Congress and today is recognized as one of the crowning achievements of 20th-century American cinema.

Before the film, however, The Sound of Music was a Rodgers & Hammerstein Broadway musical which opened in 1959 and won five Tony Awards including Best Musical. Since then, the musical has been performed around the world for decades and was even revived on Broadway in 1998.

The Sound of Music is now coming to Hartford’s own William H. Mortensen Hall at The Bushnell in a production the Los Angeles Times calls “Sparkling, fresh and lively.” The performance runs roughly two hours and fifty minutes with one intermission. Performance dates and times are as follows:

Tickets to The Sound of Music start at $38.50, but Boston on Budget readers can get them as low as $25.50 using a free Goldstar.com membership you can sign up for in seconds using any Facebook account or email address.

The post The Sound of Music Is Coming to Hartford appeared first on Boston on Budget.