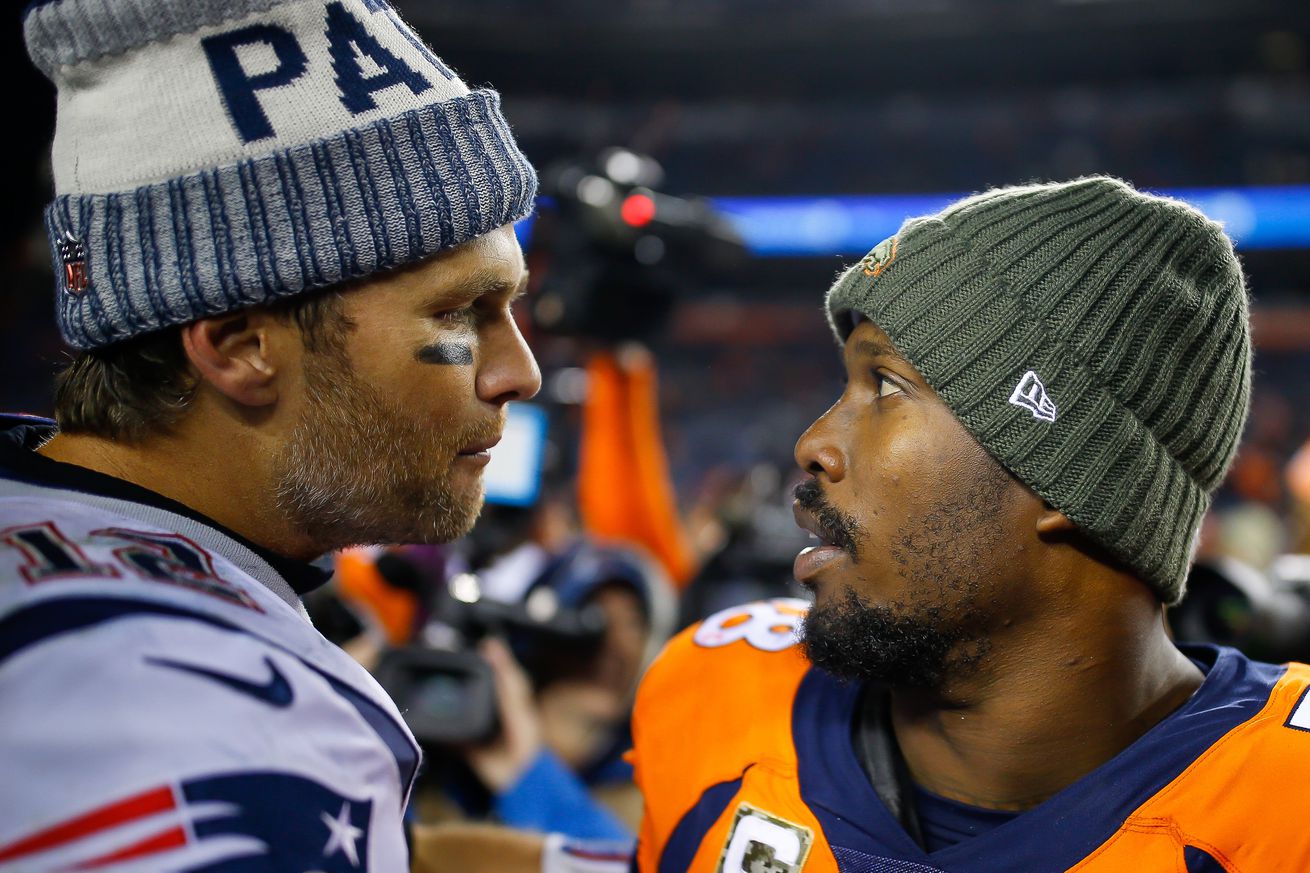 Denver’s defender spent time with the Patriots quarterback at the Kentucky Derby.

Over the years, Denver Broncos standout defender Von Miller went from a rival of New England Patriots quarterback Tom Brady to one of his most vocal admirers. Just take a look at this clip from NFL Network’s Top 100 Players of 2018, released last June: Miller calls Brady a great player before defending him against those who see it differently. “Anybody that hates on him is just a hater, because there is nothing you can hate about Tom Brady.”

The admiration is mutual — Brady has also spoken highly about the MVP of Super Bowl 50 in the past — and not confined to the gridiron: the two players have recently spent time together at the Kentucky Derby, and it sounds as if Miller thoroughly enjoyed it. “It was cool, it was cool,” said the 30-year-old. “It’s extremely hard not to like Tom Brady and all of those guys. Julian Edelman, Danny Amendola, Lonie Paxton was there.”

Miller’s visit to the Derby was more than just a trip with fellow NFL players past (Paxton) and present (Brady, Edelman, Amendola, among others), though. The seven-time Pro Bowler also served as a lifestyle correspondent for NBC, and also interviewed Brady. “It was dope to be able to interview Tom Brady and spend time with all of those guys on the Oaks day and on the Derby day. It was definitely an experience,” Miller said.

“I’m a Tom Brady fan, unless on Sundays,” continued the Broncos’ pass rusher. When it comes to players outside of New England, this is about as positive an assessment as can be expected. And — who knows? — maybe Miller also is one of the reasons why the soon-to-be 42-year-old still reigns supreme as the NFL’s king of merchandise sales.