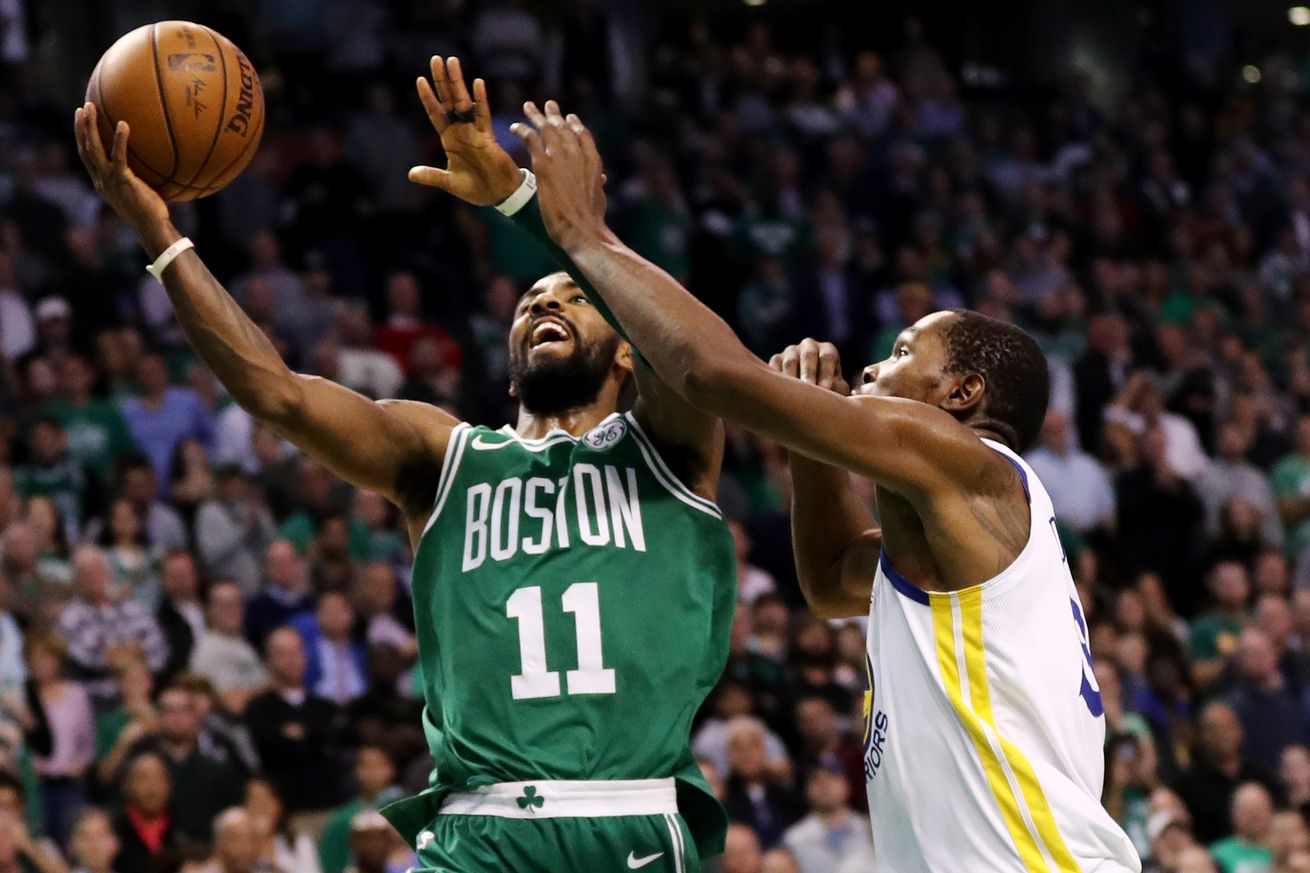 According to Stephen A. Smith the only hesitation is with Durant.

We knew this was coming. Rumor after rumor will follow Kyrie Irving around until he makes his decision known to the world.

First it was the possibility of going to the Lakers. Now we hear that he’s set on joining Kevin Durant on the Knicks. This latest coming from Stephen A. Smith:

Yes. From everything I’ve heard, KD and Kyrie are planning on coming to New York. 95% Chance they say! Only potential hiccup is KD changing his mind pic.twitter.com/9ezL7IEc3y

Take Stephen A. with whatever grain of salt that you like. To me this is just another data point in the scatter chart that this offseason will be.

Eventually we’ll see the truth come out and it will all seem obvious at the time. In part because there are so many rumors and theories out there, that whatever happens will have a rabbit trail leading right to it.

Stay tuned till next time when I’m sure there will be a rumor indicating that Kyrie and Kawhi Leonard are 98.7% going to the L.A. Clippers.