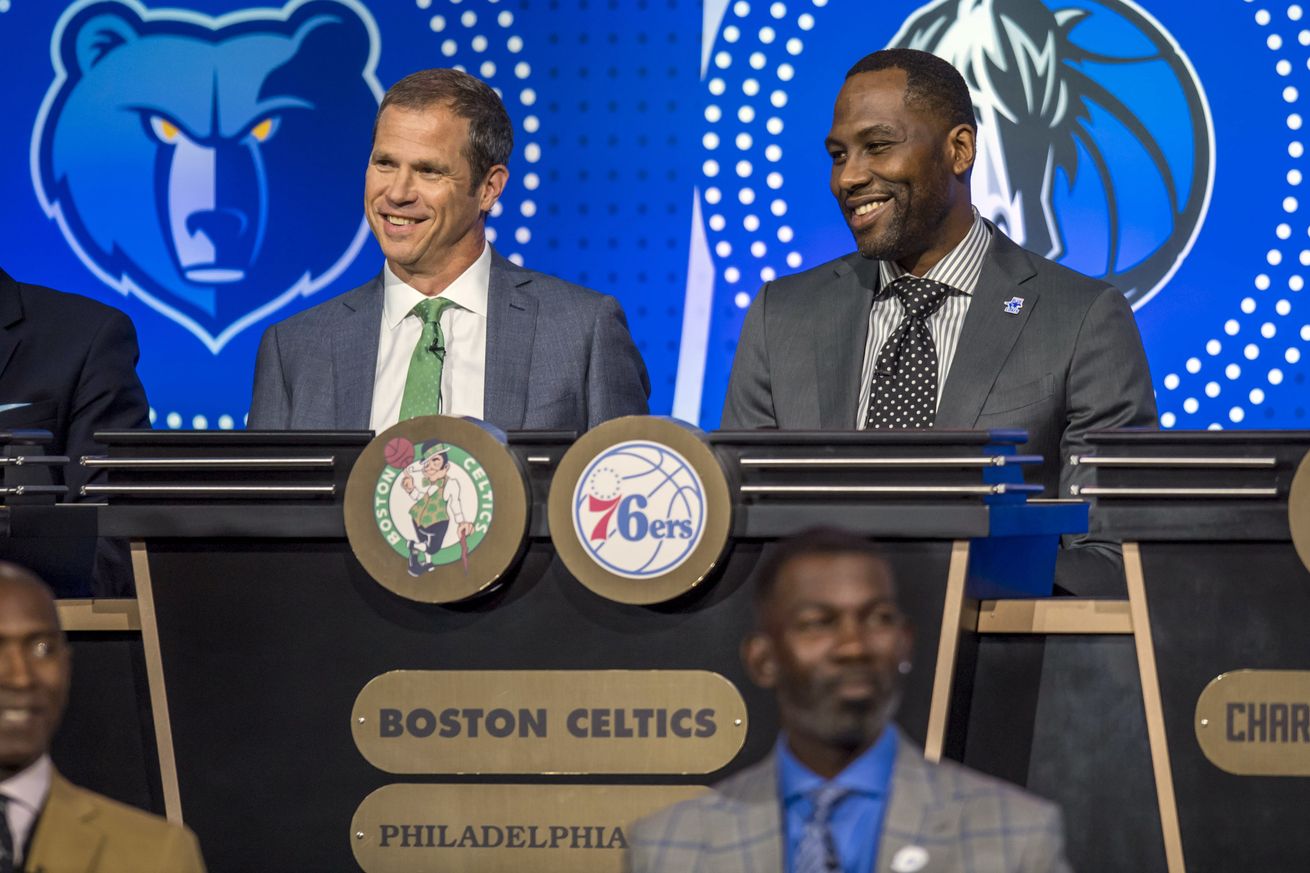 The off-season came earlier than expected. Now, the Celtics look towards the NBA Draft Lottery to see how many picks they will have in June.

With the Celtics’ season coming to an end last Wednesday, the focus now shifts to the off-season. The work does not stop for this franchise as the off-season looks to be full of dramatics. Before we get to that all important July 1st date of free agency, the franchise will have their attention set on the NBA Draft.

The Celtics will be going into this draft with either three or four draft picks. The picks are:

The first main event of note is the NBA Draft Lottery on Tuesday night for the Kings/76ers and Grizzlies picks. This is where all the top-14 picks are decided based on a ping pong ball lottery system. Each of the 14 spots have individual odds of which selection they will land. Everyone has at least a shot of a top-4 overall pick.

This will be the first pick of the night that will be decided for the Celtics. It is the pick that the Celtics received in the 2017 Draft Night trade with the Philadelphia 76ers of the number one overall pick (Markelle Fultz) for the number three overall pick (Jayson Tatum) and this 2019 first-round pick (which was originally from the Kings). The pick at the time was much more valuable because no one knew the Kings were going to notch it up to the next level this season.

There is a 95.2% chance that this pick ends up at #14. If this happens, the Celtics get the pick. Easy as that. Now if you want some drama and if the 4.8% of a chance wins out, two things could happen. First, if the pick is the number one pick overall, the pick then goes back to Philadelphia. That is only a 1.0% chance of happening, but it is still worth mentioning. The other and best scenario for the Celtics is if the pick lands from #2-#4, and then the Celtics get a much better lottery pick than what is likely to happen.

This pick will be the first pick they announce on Lottery Night. If a Sacramento Kings logo comes up first, the pick goes to the Celtics. If not, that is great news and will guarantee the pick will be a top-4 selection.

The other draft selection that all eyes will be tuned into is the Memphis Grizzlies’ pick. This one is much more uncertain than the first and has a few different possibilities. It is the pick which was received in a 2015 deal for Jeff Green. The pick was heavily protected at the time, and this is it’s first year with a chance to convey. For the 2019 draft, it is top-8 protected meaning that if the pick falls between the #1-#8 pick, the Grizzlies keep it, and if it is #9-#12, the Celtics get the pick.

The funny part about this pick is that neither team wants it this year. From the Celtics’ perspective, there are two main reasons why the team should root against it conveying. First, the team already has three other draft picks. It is difficult, if not impossible, to draft four young rookies to the team for the following season. Without trading any of the picks, the Celtics would have to draft a European player’s rights and keep him overseas until the roster spot opens. Second, and more importantly, the pick will roll over to next year if it is not conveyed and with less protections on it. For 2020, it is top-6 protected and for 2021, it is unprotected. That is an incredibly valuable unknown that could be used in any type of trade, especially for say, maybe, an All-Star power forward who is a generational talent.

The Grizzlies’ attitude towards this pick is also negative. Even as they are transitioning into a new era, they are trying to rid itself of old debts to pay around the league. The franchise wants to convey this pick this year and not have to worry about giving the pick away down the road. Even ex-GM of the Grizzlies, Chris Wallace, told the media that they were trying to convey last season as well.

So, on Lottery Night, it will be two teams hoping they will not get this pick. The Grizzlies currently sit in the eight spot in terms of odds with a 26.2% of top-4 and a 31.2% of the #8 spot. This leaves the Celtics currently with a 42.6% chance of getting the pick either at #9, #10, #11 or #12. Everyone should be crossing their fingers hoping they do not see the Grizzlies logo before pick #8 of the night.

Even with the season ending in a disappointing manner, the next step is to look forward to the future. No matter how these picks are handled, it will be a good change of pace. The fans and team alike can start putting this season behind them and look forward to next year, starting Tuesday with the NBA Draft Lottery.