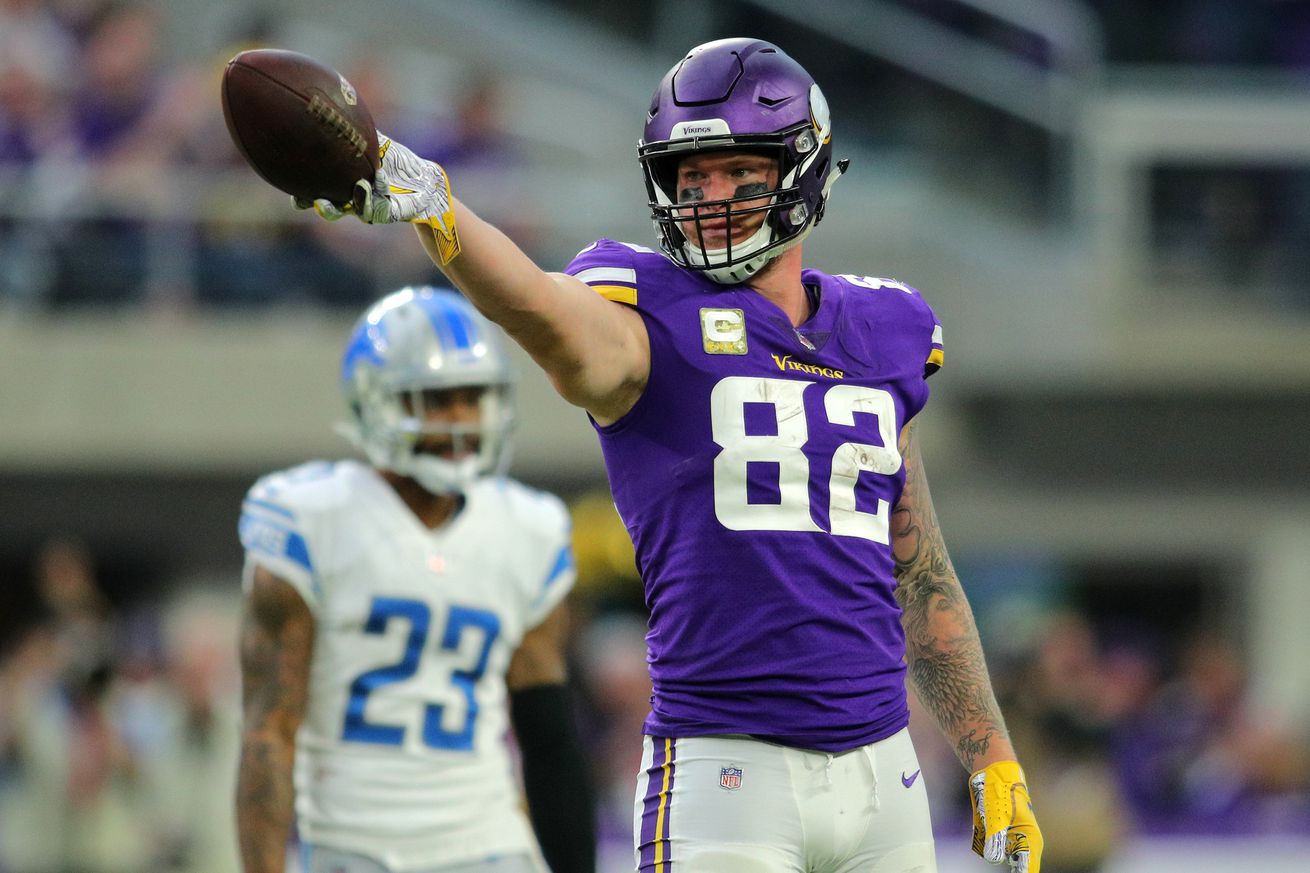 March 15, 2018 was a busy day for Jason McCourty. Coming off his first season with the Cleveland Browns, the club was on the cusp of releasing the veteran cornerback in a cost-cutting move. Despite reports of a release, however, he never actually hit the open market: the New England Patriots swooped in with a trade offer to secure McCourty’s services and reunite him with his twin brother, safety and team captain Devin McCourty.

When all was said and done, the younger of the two brothers and a seventh-round draft pick came to New England in exchange for a sixth-round selection. The acquisition turned out to be a great one for the Patriots: McCourty went on to become a fixture in the team’s secondary and appeared in all 19 games in 2018, while going from an 0-16 squad to the Super Bowl champions — all for what was a drop of 14 spots on day three of the draft.

Fourteen months later, the Patriots could find themselves in a similar situation: a veteran player that could soon be released by his current team might become available via trade. That player is, of course, Minnesota Vikings tight end Kyle Rudolph. The 29-year-old has been a fixture in Minnesota ever since he was drafted in the second round in 2011, but his tenure with the club seems to be nearing its end.

Despite playing a prominent role for the Vikings in 2018 — Rudolph appeared in all 16 of their games and was on the field for 88% of the offensive snaps — the team is in a difficult situation when it comes to the two-time Pro Bowler: according to NFL Network’s Ian Rapoport, Minnesota and Rudolph cut off contract negotiations last week. As a result, the team could decide to pull the plug on the veteran either through a trade or a release.

“I’ve stated it many of times: My family, myself, we want to be here and we’re going to do everything we can to be here,” Rudolph recently told ESPN about the situation. “But that doesn’t mean if the alternative happens and we do get traded — change happens. We’ve been so fortunate to be in one place for eight years that you don’t realize how many guys change teams on a yearly basis. Obviously, that’s not what we’re hoping for.”

Rudolph, as Rapoport also reported, is already drawing interest around the NFL — for good reason: even though the Vikings’ passing offense had its fair share of ups and downs last year, the team’s number one tight end was as reliable a presence as ever and finished the season with 64 receptions for 634 yards and 4 touchdowns. Not all was positive, though, as Rudolph continued to be an inconsistent-at-best run blocker.

Herein lies the problem: Rudolph is a good player, but he comes with a comparatively hefty salary cap hit of $7.625 million this year. The number is the fifth-highest in the NFL for a tight end, and an argument can be made that the Notre Dame product is not worth his price tag — especially considering that Minnesota invested the 50th overall selection in this year’s draft in Rudolph’s potential heir, Alabama tight end Irv Smith Jr.

Furthermore, the club is tight against the cap at the moment. With first-round draft pick Garrett Bradbury still unsigned, the team has only $1.177 million in cap space available (via OverTheCap.com). Parting ways with Rudolph would increase the number by his entire 2018 cap number — a considerable amount to be gained for a player that is heading into the final year of his contract and already might have been replaced by Smith Jr.

Enter the Patriots, who are a bit more flexible cash-wise than the Vikings and have a major hole to fill at their tight end position: Rob Gronkowski announced his retirement this offseason, while the team parted ways with both Dwayne Allen and Jacob Hollister. The remaining group — the six-headed monster of Austin Seferian-Jenkins, Benjamin Watson, Matt LaCosse, Ryan Izzo, Stephen Anderson and Andrew Beck — is not exactly awe-inspiring.

Rudolph would add a proven presence to a receiving tight end corps currently headed by Seferian-Jenkins and Anderson, with Watson and LaCosse also available as the more well-rounded types. There is no question that the long-time Viking would be a solid addition to the group, and the throw-it-on-the-wall-and-see-what-sticks approach the Patriots are seemingly taking this offseason when it comes to it.

From New England’s perspective, though, the main question is likely that of Rudolph’s cap number: the entirety of his $7.625 million salary cap hit would transfer with him in case of a trade, putting pressure on a team currently ‘only’ $10.92 million under the cap (via the Boston Sports Journal’s Miguel Benzan) and with three rookies — including first-rounder N’Keal Harry — still to be signed.

Of course, a scenario in which Rudolph is acquired and subsequently extended to spread out his cap hit is not unthinkable; the Patriots took a somewhat similar approach when they acquired Michael Bennett from the Philadelphia Eagles just earlier this offseason. Limiting the investment’s immediate impact on the team’s books would certainly be a top priority, as would be minimizing the investment made to get him on board in the first place.

In this sense, a late-round pick swap in 2020 is not unrealistic — nor is giving up one of their current six selections on day three (with two more expected to come in via the compensatory formula) straight-up. All in all, the Patriots could go down the same route they went when they brought the aforementioned Jason McCourty on board last year: sending away a low-value draft choice to get a player many think will be released anyway.

Rudolph could therefore become New England’s 2019 version of McCourty: a veteran that will likely benefit from a change of scenery, and could be had for relatively little cost. Whether or not the team sees it the same way remains to be seen, but if the tight end gets brought on board via trade the comparisons to the starting cornerback would come only naturally. And — who knows? — maybe the impact could be a similar one as well.