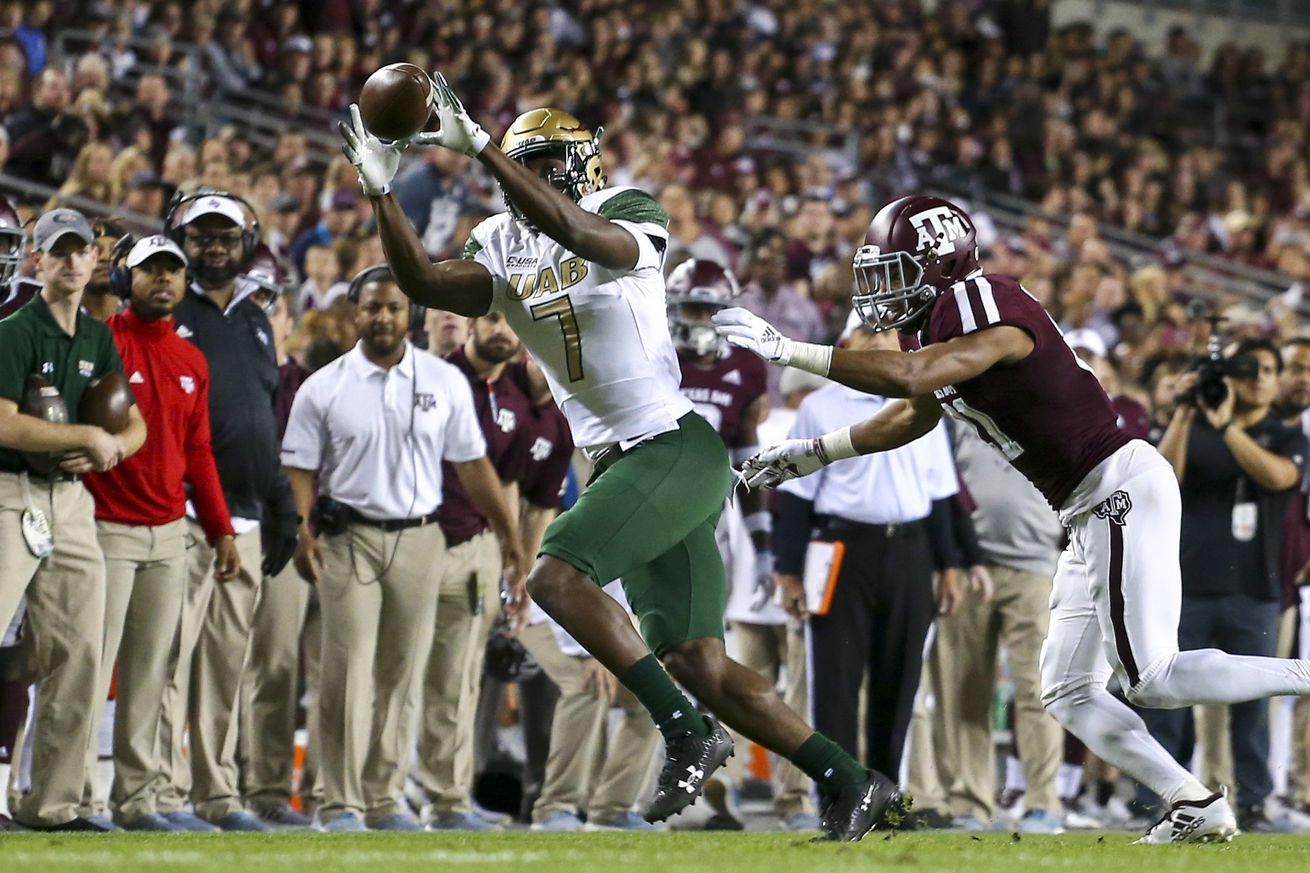 Yesterday, the New England Patriots made a total of four transactions. In order to get free agency signings Jared Veldheer and Dontrelle Inman onto their 90-man roster, the reigning world champions parted ways with a pair of undrafted rookies playing the same positions as the two veteran additions: New England released offensive tackle Calvin Anderson and wide receiver Xavier Ubosi.

24 hours later, the two youngsters have found a new home: according to the NFL’s transaction wire, both Anderson and Ubosi have been claimed off the waiver wire by the New York Jets. The two rookies become ex-Patriots number four and five on New York’s roster as they join Harvey Langi, Eric Smith and fellow waiver wire claim Darryl Roberts with New England’s division rivals.

Anderson was originally signed by the Patriots on May 2, alongside nine other free agents, as a developmental offensive tackle. Ubosi, meanwhile, came to New England four days later from the University of Alabama Birmingham. Playing in a run-first offense, he was also considered to be a project at this point in his career — despite having adequate size and athleticism to carve out a depth spot on the Patriots’ wide receiver depth chart.

New England’s roster, meanwhile, sits at the maximum of 90 men with the additions of Veldheer and Inman.