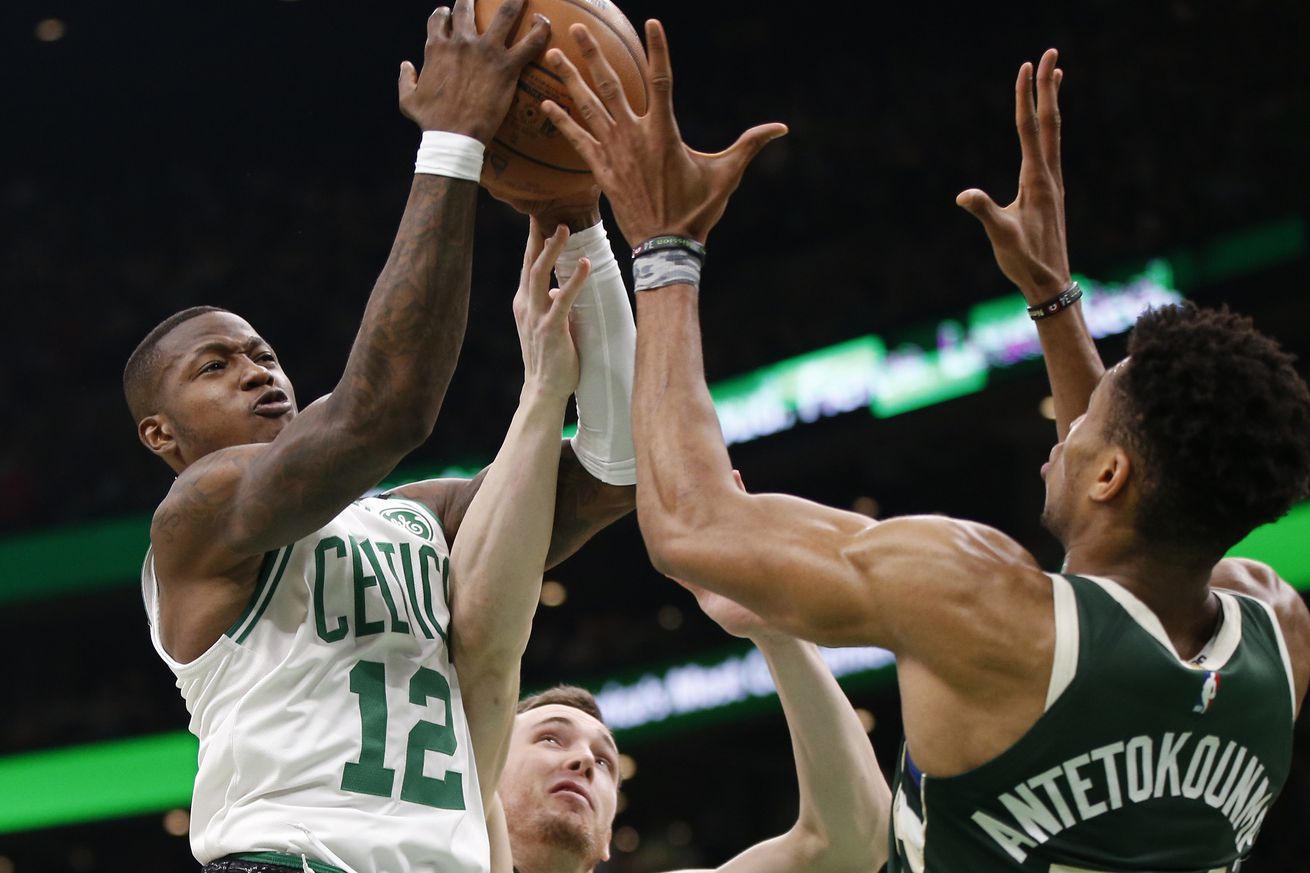 Rozier sounded off at ESPN.

Not even one week passed after the faithful end of the Boston Celtics’ dramatic, disappointing season. The team nearly made it to NBA Lottery night without another bout with turbulence, then Terry Rozier made the rounds in Bristol, Connecticut.

Stephen A. Smith pressed him: if the same team returns, would he return to Boston?

“I might have to go,” Rozier said. “I put up with a lot this year. So I said what I said after the season. I think we all know that I’m not trying to step into that again.”

Rumbles of discontent vibrated from Rozier early in the season, then quieted for most of the year, before escalating again while the Celtics slid toward four straight losses to the Milwaukee Bucks. Even when he zipped his lips, his play, uncharacteristically lackadaisical on defense and filled with shot-chucking, reflected the discontent he described on ESPN.

Rozier said that since the ball was in Kyrie Irving and Gordon Hayward’s hands most of the time, he got relegated to the “corner or on the bench.” Rozier averaged the second-most time of possession on the Celtics, with 3.7 minutes per game, behind Irving. He received six more touches per game than Hayward.

He explained that the Celts would devolve into game plans different from what the team prepared for in practice. He watched his teammates get “mixed up” as the rotated from their first five into their second five in rotation. The team routinely settled on “we’re going to figure it out,” he said.

*Checks ESPN’s lineup for the rest of the day*

“Coming up next on NFL Live, Celtics guard Terry Rozier….”

The Irving experience forced the team to adjust to his style. Rozier said the team did by the end of the year, but lamented that “it was very difficult,” going from a starting role to the bench for him personally.

“He’s a great guy, great leader. You just have to adjust to his style,” Rozier said. “Whatever Kyrie wants done, he’s going to show that’s what he wants done.”

In the first five games, he watched his teammates trying to do less to adjust to the mass of bodies and potential contributors in the room. Most of Boston’s players expressed disappointment with the 2018-19 season in exit interviews, besides Irving, who viewed it as a learning experience.

Rozier is the first to comment publicly since those interviews. He is a restricted free agent this summer, putting the power in the Celtics’ hands to match any offer sheet he signs. Irving can take his time, while Rozier could put the pressure on Boston immediately on July 1 by signing a contract that gives the Celtics two days to match.

Here’s the full clip from @FirstTake with Rozier saying he “might have to go” if the Celtics ran back the same team: pic.twitter.com/4TErEqhBvV

In that scenario, Rozier’s four years with Boston could be finished. That would make his media tour more understandable, but it’s hard to imagine anybody knows what Irving intends to do this summer. Perhaps he has clue.

“Obviously the Celtics is the only organization I knew for four years,” he said. “I love it there, and we just have to go from there.”