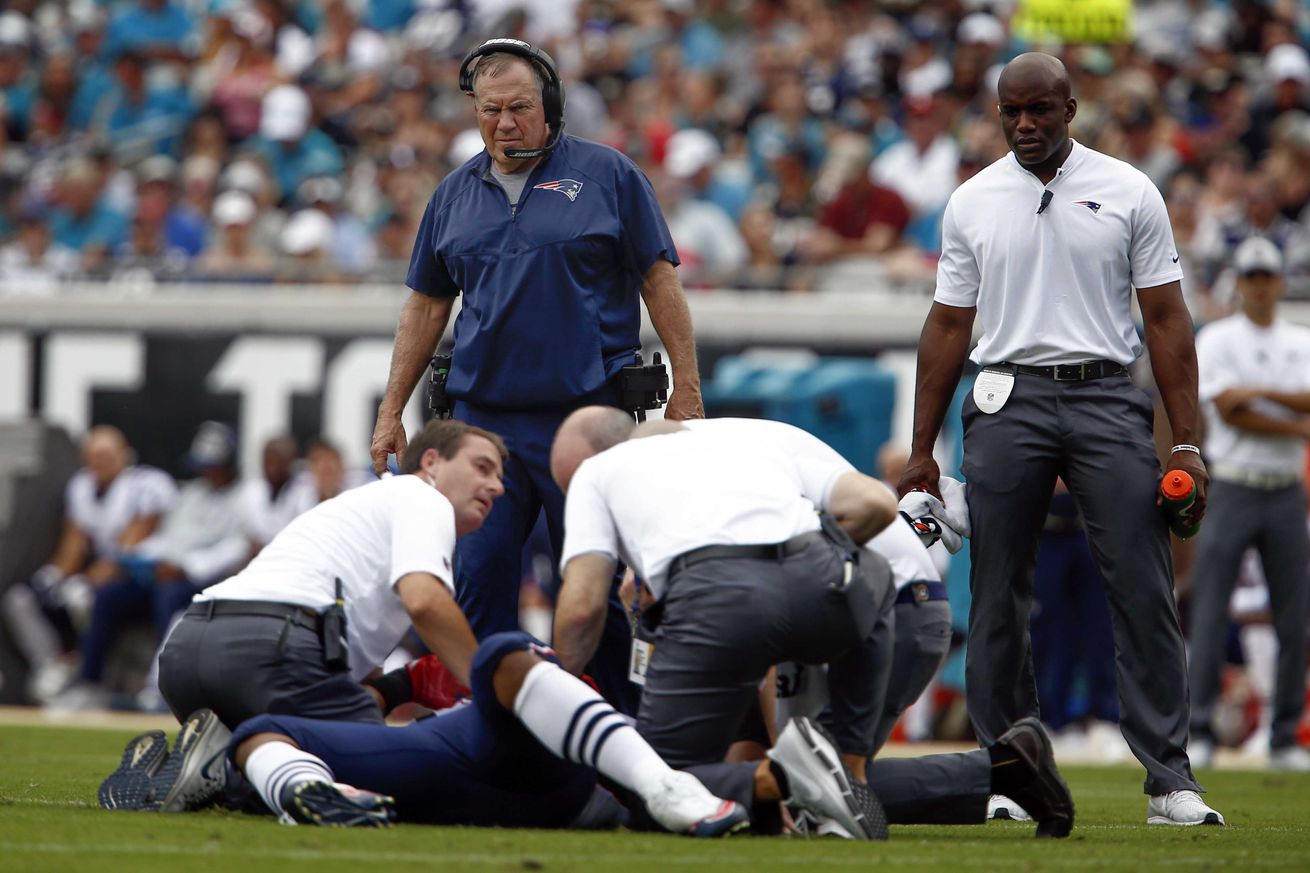 Football Outsiders took a look at games lost, and the Patriots are middle of the pack.

One of the main differences between the last two New England Patriots teams seems to be their overall health. The 2017 squad, which reached the Super Bowl but came up just short, saw core players like Julian Edelman, Dont’a Hightower, Marcus Cannon and Nate Ebner go down with season-ending injuries. The Patriots’ 2018 team, on the other hand, suffered comparatively minor losses on route to winning Super Bowl 53.

At least that’s what it seems.

Advanced statistics website Football Outsiders recently published its breakdown of 2018’s injury data to find out how teams compare to the rest of the league, and to their own versions from a year prior. When it comes to the Patriots, we can see that their championship team was actually not as healthy as one might have expected considering that they ranked only 18th in the ‘adjusted games lost’-statistic:

Across the board, whether it is total number of adjusted games lost or broken down by offense and defense, we can see that the 2018 Patriots find themselves in the middle of the pack in the league-wide comparison. In fact, only four of the NFL’s twelve playoff teams from last season had worse injury luck than New England — not necessarily what was to be expected considering that the club appeared to be relatively healthy all year long.

The problem, however, was the short-term injuries suffered by important contributors and how they get valued in FO’s ‘adjusted games lost’-metric. Rob Gronkowski and Sony Michel missed three games each, Shaq Mason was out for two contests. Trey Flowers and Dont’a Hightower both were absent once, while Rex Burkhead spent half the regular season on injured reserve; Eric Rowe and Jeremy Hill almost the entire year.

In 2017, for comparison, the Patriots suffered some major long-term blows but still were a bit healthier compared to the rest of the league: New England ranked 14th with a combined 61.3 AGL score. So how come the 2018 team was able to capture the Lombardi Trophy, while the 2017 squad ultimately ran out of gas on the game’s biggest stage? When it comes to injuries it is easy: when it mattered most, the 2018 Patriots had their talent available.

Gronkowski, Flowers, and company all played their usual important roles in the Super Bowl — they were healthy and productive. One year prior, the long-term injuries suffered throughout training camp and the season up to this point took their toll on the team in its final game of the season: players like Hightower, Edelman and slot cornerback Jonathan Jones would likely have seen considerable snaps but were unable to suit up.

So while the Patriots as a whole were not as comparatively healthy in 2018 as they were the year prior, they still were better off.