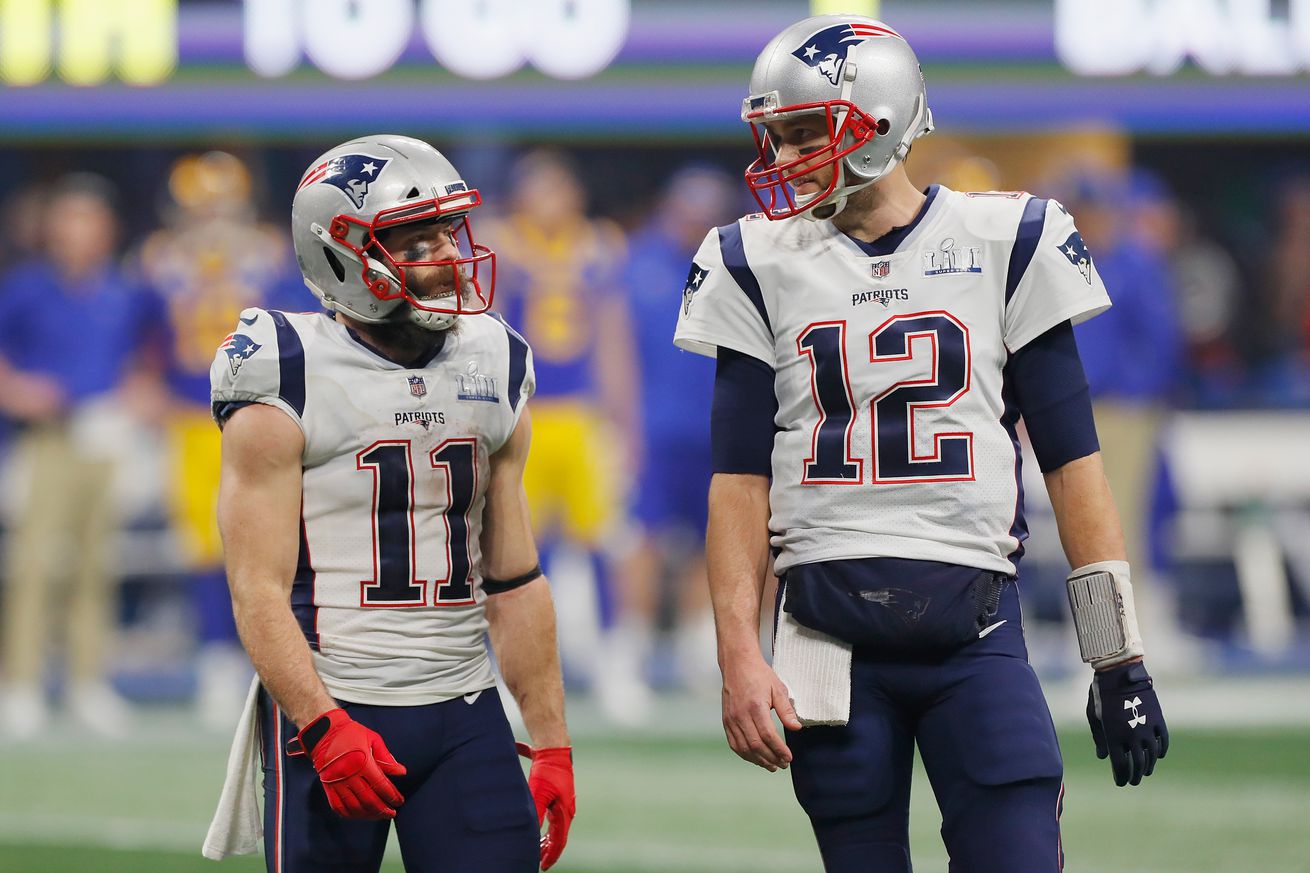 The NFL’s 2019 season will be in full swing in four months but a lot will happen until then with training camp, the preseason, and roster cuts coming up. Predicting how those next four months will play out between performance and injury questions is therefore naturally impossible. That does not mean that there is no use in trying, something NFL.com’s Gregg Rosenthal recently did when he projected the New England Patriots’ 2019 starters.

According to Rosenthal, the starting lineup of the world champions will look as follows with free agency and the draft in the rear-view mirror:

At first glance, Rosenthal’s prediction is not all that surprising — New England’s roster is settled at the top of most positions — but there are still a few points worth exploring a bit further.

The offense features no tight end: Granted, the Patriots’ tight end depth chart is a work in progress following the retirement of Rob Gronkowski. However, the team completely eliminating the position from its starting lineup — especially with a first-year starter at left tackle — can be classified as a ‘bold prediction.’ Instead, New England will likely go to more 11-personnel groups, with the lone tight end dictated by the situation.

Isaiah Wynn starts at left tackle: While the position formerly held by free agency departure Trent Brown is still open at this point in time, Wynn is seen as the front-runner to fill it — unsurprisingly, one might add, considering that he was drafted in the first round last year with the intention to one day start for the Patriots. That day will probably come this season, despite the Georgia product currently rehabbing from a torn Achilles tendon suffered during last year’s preseason.

Rex Burkhead’s roster spot is in jeopardy? In the notes accompanying his projection, Rosenthal notes that “it’s hard to see Rex Burkhead making the roster if everyone is healthy.” Burkhead would save New England $500,000 against the cap if released after June 1st — a number that would jump to $2.0 million if traded — so the finances would support this theory. That being said, the veteran still has value to the team as a versatile and experienced backfield option and special teamer. Unless a good offer for a trade came along, Burkhead is probably safer to make the team as Rosenthal anticipates.

The wide receivers could look a lot different: Julian Edelman, first-round draft pick N’Keal Harry, and Phillip Dorsett are the top three as things stand right now. However, that could change quite a bit over the next few months: for one, Josh Gordon could come return from his indefinite suspension and push Dorsett down the depth chart. Likewise, free agency additions Demaryius Thomas, Dontrelle Inman, and Maurice Harris could also carve out roles alongside the projected top two, Edelman and Harry.

Only one defensive tackle is curious: If the Patriots were to play the Kansas City Chiefs, Rosenthal’s projected three-man defensive line would likely be used. In most other scenarios, however, New England would likely prefer to go with four linemen — plus two linebackers, mostly in a 5-1 alignment — including two defensive tackles. Guy is correctly projected to be the top option, with Mike Pennel as the run-stuffer alongside him and Adam Butler an interior pass rusher.

Two youngsters carve out starting roles on defense: Ja’Whaun Bentley looked very comfortable in New England’s offense before a biceps injury ended his rookie campaign just three games in. Seeing him get considerable snaps and maybe even starting experience alongside Dont’a Hightower, Kyle Van Noy, and Elandon Roberts would not be all that surprising. Second-round rookie Joejuan Williams, meanwhile, will likely be used more matchup-specific and is probably the fourth cornerback behind Stephon Gilmore, Jason McCourty, and J.C. Jackson at the moment.

Rosenthal’s prediction can be seen as a rather accurate one as things stand right now with the Patriots. It also shows one thing: New England’s roster is pretty solid at the top, with some positions — quarterback, running back, cornerback — among the deepest in the NFL. Others like offensive tackle, wide receiver and tight end face some questions, but if the team has shown one thing over the past two decades it is its ability to adapt no matter the personnel at hand. All in all, this is a pretty good team and starting lineup.