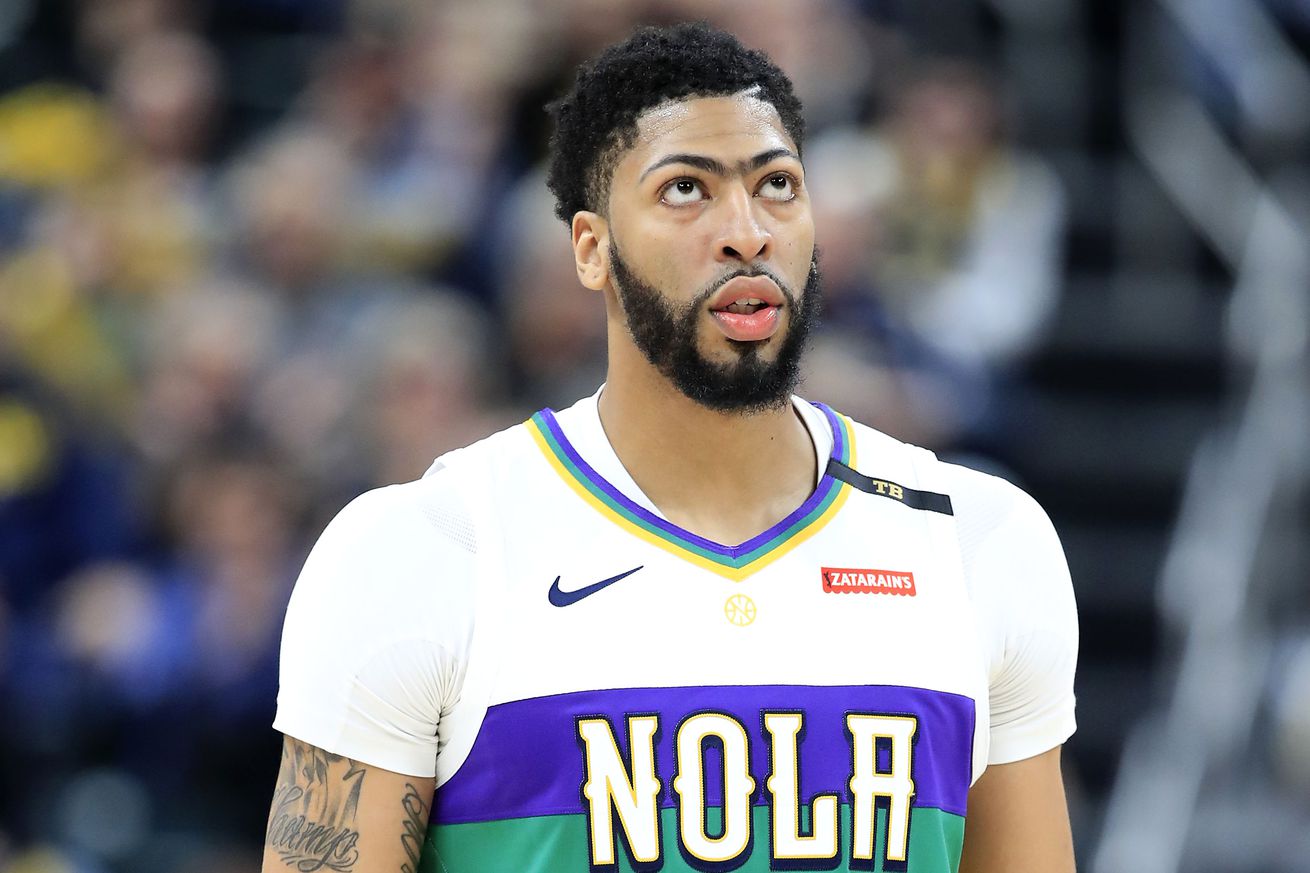 The Pelicans got the first pick. What does that mean to the Celtics?

I was rooting for chaos in the NBA Draft Lottery and the lottery delivered on that. The New Orleans Pelicans now have the right to draft Zion Williamson. What does all this mean to the Boston Celtics? A lot of things. Let’s take a trip around the web to see what people are saying.

First of all, Anthony Davis still wants to be traded.

The New Orleans Pelicans are now set up to be Zion Williamson’s franchise to lift, and No. 1 pick could ease potential trade of Anthony Davis. His stance on a trade has not changed, league sources tell @TheAthleticNBA @Stadium.

Now that Zion Williamson (the likely No. 1 pick) will presumably be heading to New Orleans, does that change Davis’ mind about the trade request that his agent, Paul, made in January?

”Not at all,” a person familiar with Davis’ position told B/R.

So this is where we are: Griffin is staking his reputation on not trading Davis, while Davis still wants to be traded.

Jay King of the Athletic

The Celtics wanted all their possible Davis competition to land the lowest possible picks. Instead, the Lakers, Knicks and Pelicans all received top-four selections, improving the available assets for several possible Davis suitors. Los Angeles still has other young talent such as Lonzo Ball, Kyle Kuzma and Brandon Ingram to offer, while the Knicks have Kevin Knox, Dennis Smith Jr. and a number of other first-round picks to dangle. A Celtics package headlined by either Jayson Tatum or Jaylen Brown could still win out, but the other teams in the mix collected stronger assets Tuesday night. Assuming the Celtics still want to chase Davis amid the uncertainty of Irving’s future, they would need to load up a better offer now that the competition is stronger for the superstar center.

The Lakers have a better roster and the fourth-overall pick. The Pelicans can find an attractive deal with the Lakers. Or Griffin may start having conversations with Boston Celtics president Danny Ainge, who has a young and talented roster plus first-round picks to trade. Ainge, according to sources, wants to re-sign Irving and believes he will do just that if the Celtics acquire Davis.

The Knicks might still have the assets to make New Orleans think but Boston will at least have a chance to be in the bidding, something that wouldn’t have happened if New York landed Williamson.

The Lakers have the No. 4 pick but in a draft where the focus, at least coming out of lotto night, is on the top 3 players (Williamson, Morant, RJ Barrett). It would seem Boston would still be ahead of Los Angeles if they were willing to offer some combination of Jayson Tatum, Jaylen Brown, and that Grizzlies pick.

One hypothetical: Davis gets traded to the Celtics for a package built around Jayson Tatum and Marcus Smart, and Holiday is flipped to the Pacers for Myles Turner and more pieces. The Pelicans would then be stacked with young talent in Williamson’s age range.

The team that has spent several years preparing to trade for Anthony Davis came very, very close to landing the fourth pick and dramatically improving their bargaining position—and then watched the Lakers land there instead.

A fitting end to the year from hell in Boston.

SBNation already has a mock draft up and here are their selections for the Celtics.