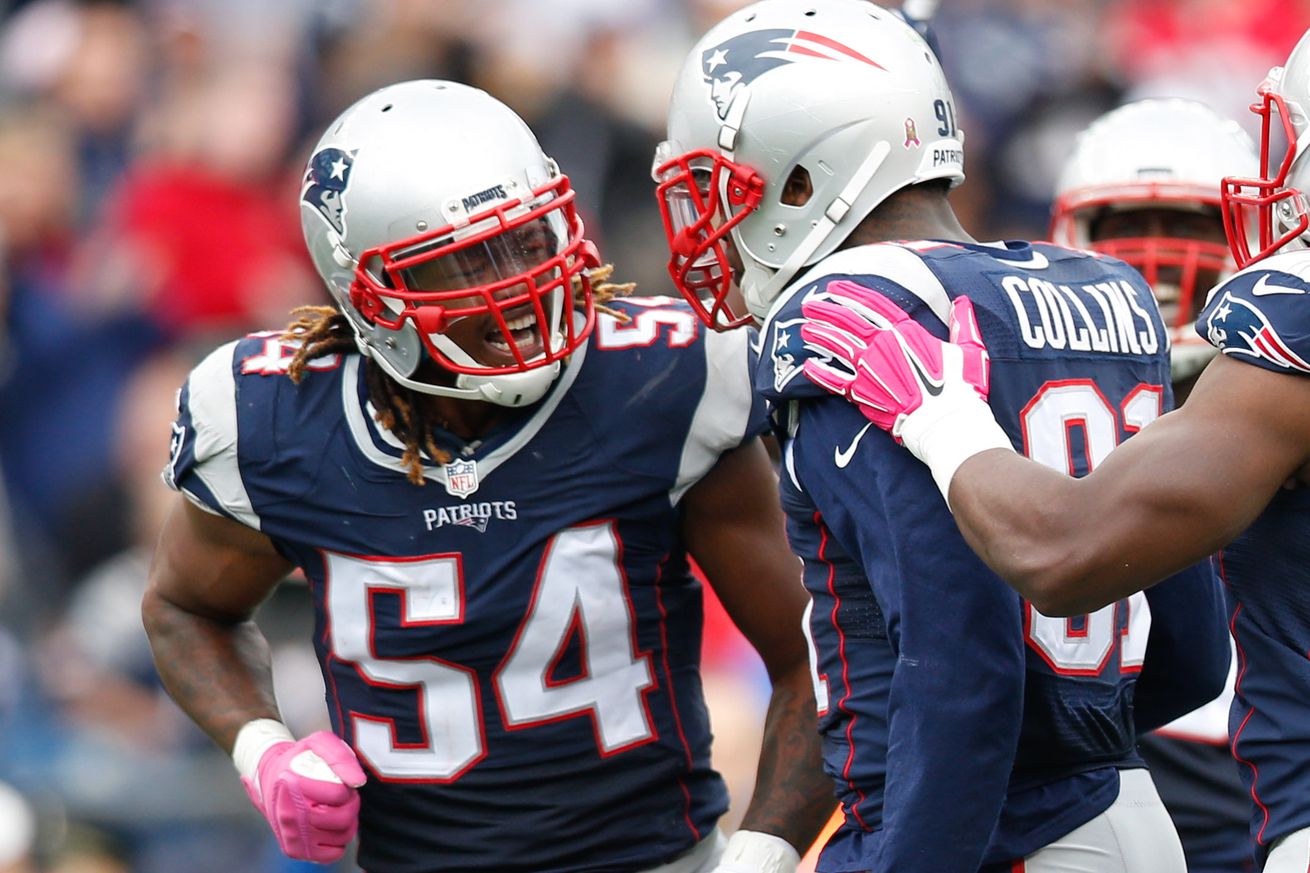 Read more: What re-signing Jamie Collins means for the Patriots

Earlier today, news broke that the New England Patriots were bringing linebacker Jamie Collins back. The story is well knowns: Collins started his career as a second-round pick by New England in 2013, but was moved to the Cleveland Browns at the trade deadline midway through the 2016 season. Now, the 29-year-old is back in the Patriots’ fold and it sure seems that his former running mate is pretty happy about the reunion.

Fellow linebacker Dont’a Hightower, who formed one of the NFL’s best linebacker duos with Collins for three and a half seasons, posted the following reaction to his Twitter account shortly after first reports about the transaction came out:

As Hightower writes in the post, the ‘Smash Bros’ are united again — using a gif from the sitcom Friends to further drive home the point about the two defenders’ relationship: they have always been like… well, connected. The Patriots have to hope that this on-field connection existing between the duo still works even after more than two seasons apart. Hightower’s initial reaction, however, is a positive sign that it will.

New England now has to hope that his excitement about the move will not be limited to social media but become visible on field as well.