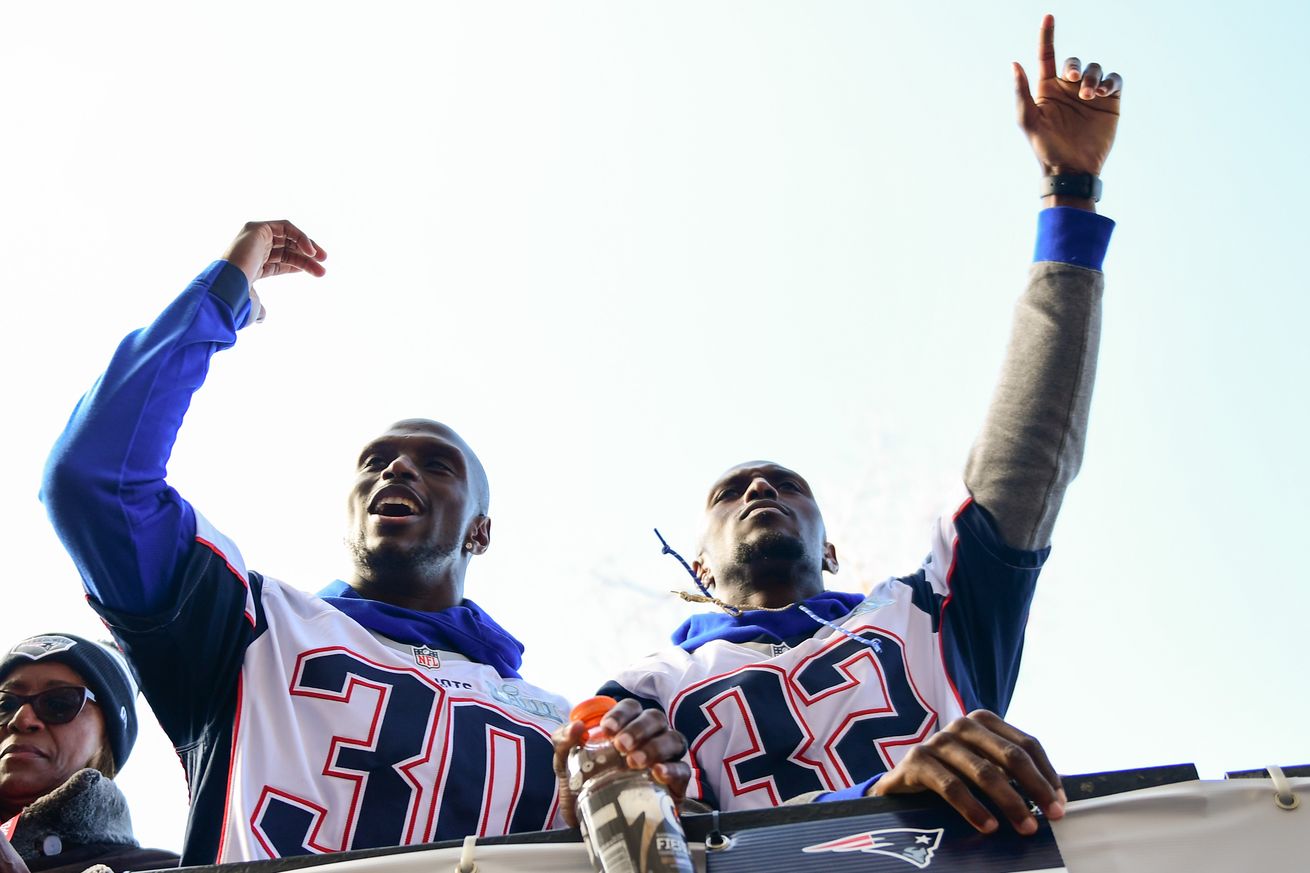 The brothers will get honored by their alma mater.

Later this week, New England Patriots defensive backs Devin McCourty and Jason McCourty will return to their alma mater to be honored by the school: the twin brothers will receive honorary degrees on Sunday, May 19 when they also address graduates at Rutgers University as this year’s commencement speakers.

“Rutgers has always been a special place to us,” Jason McCourty told the university website. “The education we received on and off the field helped lay the foundation for so much of what we’ve accomplished. Returning to Rutgers now is certainly humbling and we’re grateful for the opportunity. We hope to deliver a message that will inspire the Class of 2019 to chase their own vision of success.”

The McCourty brothers arrived at Rutgers in 2005, with Devin taking a redshirt season and Jason playing as a rotational cornerback during his freshman season. By 2006, both had earned starting roles on one of the nation’s better defensive units. Following the 2008 season, Jason left the school and subsequently got drafted in the sixth round by the Tennessee Titans. One year later, Devin was selected in round one by the Patriots.

By the time the latter left college, the McCourty twins had a combined 100 games of experience with the Scarlet Knights under their belts. Last season, almost ten years after last playing alongside each other, the brothers were reunited for the first time since their Rutgers days: New England acquired Jason via trade from the Cleveland Browns, and he joined his brother as a starter on the Patriots’ Super Bowl-winning secondary.

Three months later, the two will now see the next honor bestowed upon them: Rutgers will award them with honorary Doctor of Humane Letters degrees as part of the school’s 253rd anniversary commencement.

“The McCourtys have also been strong advocates in the fight for criminal justice reform, fair educational funding and racial equality at the federal, state and local levels through awareness, education and allocation of resources,” the school continued when writing about the reasoning behind them receiving their honorary degrees.