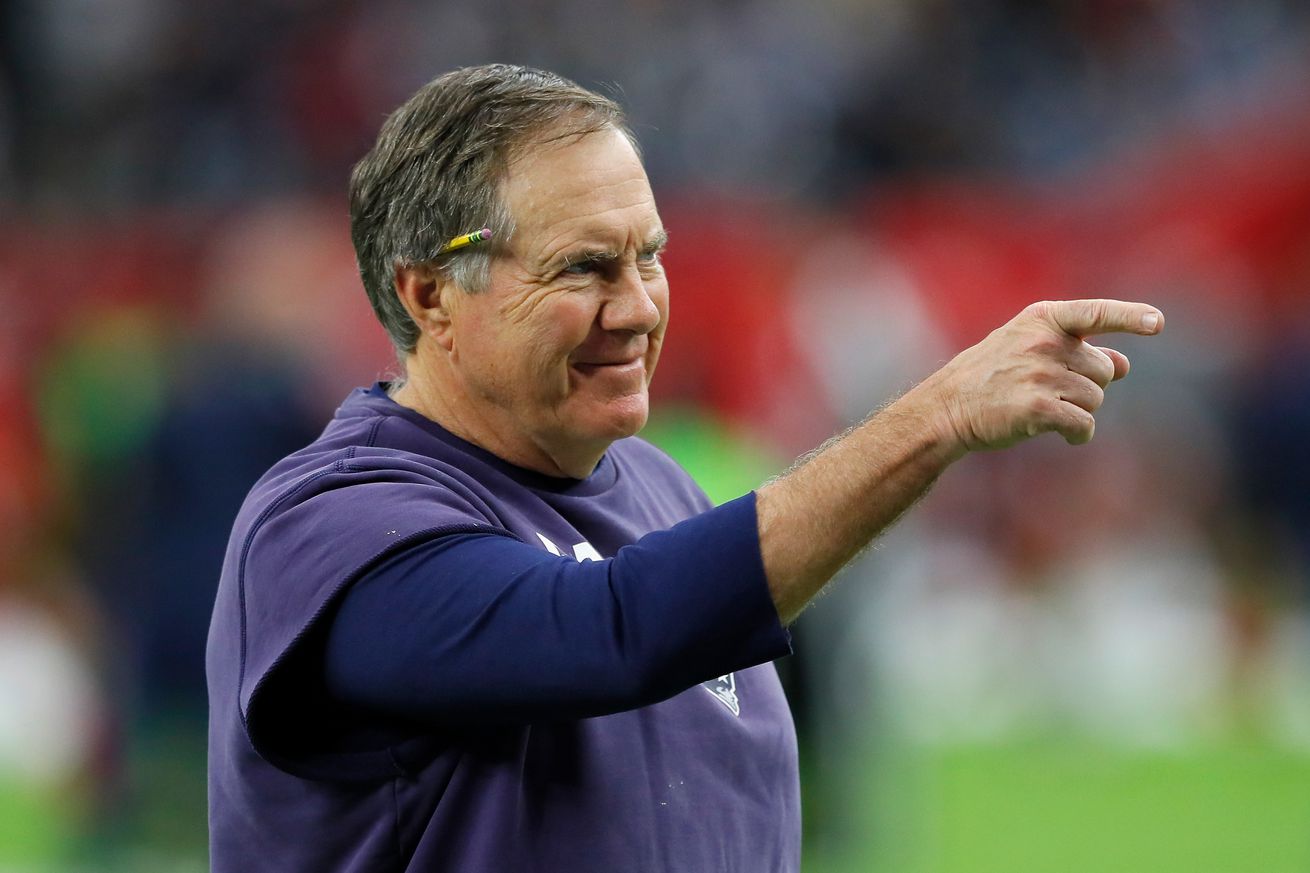 Looks like the Patriots have found their new defensive coordinator.

Time for a fun game called “Who said it: Yogi Berra or Bill Belichick?”

Here’s your quote, you decide:

OK, fine, it doesn’t quite have the same ring as “Baseball is 90% mental and the other half is physical”, but you gotta give Bill some extra style points for matter-of-factly stating that 28-3 in a 60-minute world championship was just “not having control of the score”. That’s one way to put it, I guess.

So as the Patriots move on to their third defensive coordinator in 3 seasons, after the defense dunked on some of the highest-powered offenses and receivers in the league in 2018….

….while at other times not exactly doing their job against some not-exactly-elite competition in 2018….

….while also doing some extremely cool and nightmare-fuel formations to confuse their enemies….

….aside from keeping their Points Allowed at a respectable level (7th in the NFL in 2018, 5th in 2017), consistency hasn’t exactly been their calling card for the past couple seasons.

So when your would-be-defensive-coordinator peaces out after never formally getting introduced as DC when it’s almost April, and Brian Flores earns one of the quickest come-ups in recent memory, what’s an eight-time Super Bowl champion coach to do?

The same thing the rest of us Average Joes do when you want something done right: do it yourself.

That’s the report from Ben Volin at the Boston Globe, anyway, via ProFootballTalk:

(weirdly, I can’t find this on the Globe’s site anywhere, but if PFT and NFL Network are reporting it, hey, that’s good enough for us)

“The Patriots haven’t had a defensive coordinator since Greg Schiano abruptly left in March after only one month on the job.

Defensive line coach Bret Bielema, the former head coach at Wisconsin and Arkansas, is the most qualified defensive assistant to take over those duties. But it appears Bill Belichick will handle them himself, Ben Volin of the Boston Globe reports.

Belichick last called defensive plays in 2010, but he has remained involved in the defense even when Matt Patricia and then Brian Flores were calling plays.

Belichick works with the defensive linemen during the game and “often” told Patricia and Flores when to call blitzes, according to Volin.”

From @NFLTotalAccess: Bill Belichick is expected to be the de facto defensive coordinator for the #Patriots this year, as @BenVolin has mentioned, but they’ll take a look at some options this spring. pic.twitter.com/qyJbbGqmrD

And on a less serious note, you gotta admit this is also kind of funny because of everyone who’s played the “Brady’s only great because of Bill and Bill is only great because DEFENSE” game with another fanbase, and that crowd almost always has some riff on “well Bill’s BASICALLY the defensive coordinator anyway”, no matter who’s got the headset on.

Anywho, with the Patriots bringing in some Legion-of-Boom type pieces to add to a defense that just bamboozled one of those “best NFL offenses of the season” we were just talking about in the Super Bowl and kept them decisively out of the end zone altogether…maybe Colin Cowherd was right that if you guys didn’t stop Bill in 2018, 2019 probably ain’t your year, and, um, 2020’s not looking good either.

“This was the year to knock off the Patriots…

They finally had a controversy, No. 1 draft pick got hurt, veterans left in free agency, Edelman suspended, the Josh Gordon distraction and they played a road playoff game… And yet they’re in the Super Bowl.” — @ColinCowherd pic.twitter.com/REzfN58GXh