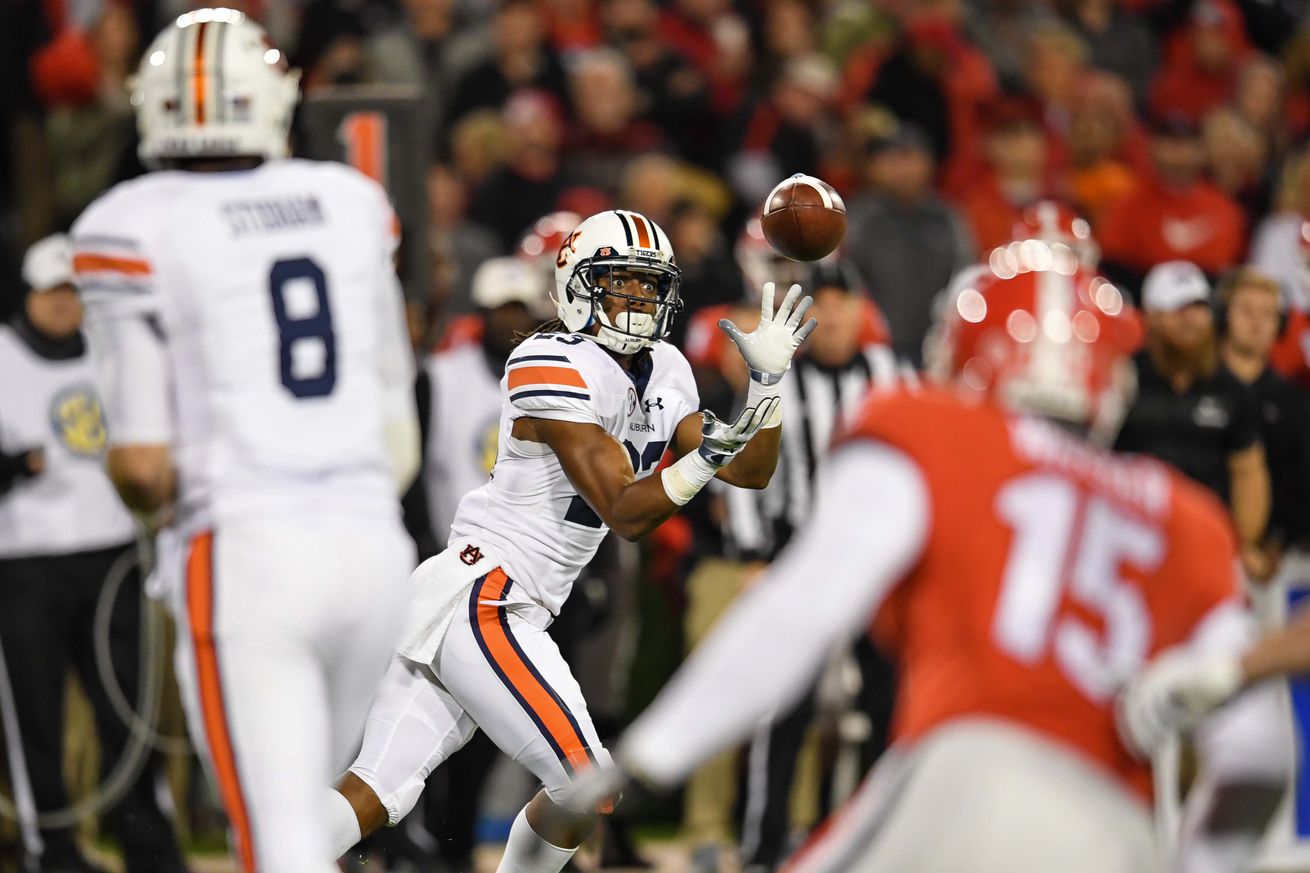 Searching for the predominant programs on a New England roster of 90.

In the infancy of the 2018 league year, Iowa checked in as the predominant college program on the New England Patriots’ roster.

The Hawkeyes products were followed by the Rutgers products and then the Arkansas products.

But there’s been a pair of NFL drafts and a reshuffle of power since then.

And in New England’s current 90-man fold, there are a total of eight schools represented by at least three players. There’s one school currently represented by a pipeline of six.

Here’s the mid-May rundown on just whom played their final NCAA downs where.

Bret Bielema, now overseeing New England’s defensive line, served as head coach of the Razorbacks during the tenures of all three. Froholdt, taken No. 118 overall, is the latest.

Harris, a free-agent addition in March, saw his five years at Cal overlap with a handful of players who’d spend time in New England. Count Anderson and Schwenke among them.

Etling, a Purdue transfer, spent 2018 on the practice squad alongside Herron. As for Brossette, the undrafted rookie is the fifth former LSU halfback the Patriots have rostered over the past decade.

A veteran trio of Scarlet Knights remain in the secondary. As does Patriots safeties coach Steve Belichick, who walked on as a senior long snapper under Greg Schiano.

A year after heading to Georgia for a pair of first-rounders, New England reunited with another from the 2004 draft class. Then there’s Andrews, a captain and the longest-tenured of the four.

New England doubled up on Auburn this April, drafting a Baylor transfer in Stidham and signing Davis as a UDFA. Not listed is top 2015 recruit Byron Cowart, who resurfaced at Maryland.

Hurricanes abound – for now. In are rookie O-linemen in Gauthier and St. Louis, and another four Miami products have been retained. Only Dorsett and Kamalu have logged regular-season snaps.

As for the programs on the fringe?

But it only takes one transaction wire for the balance to shift. And it will.