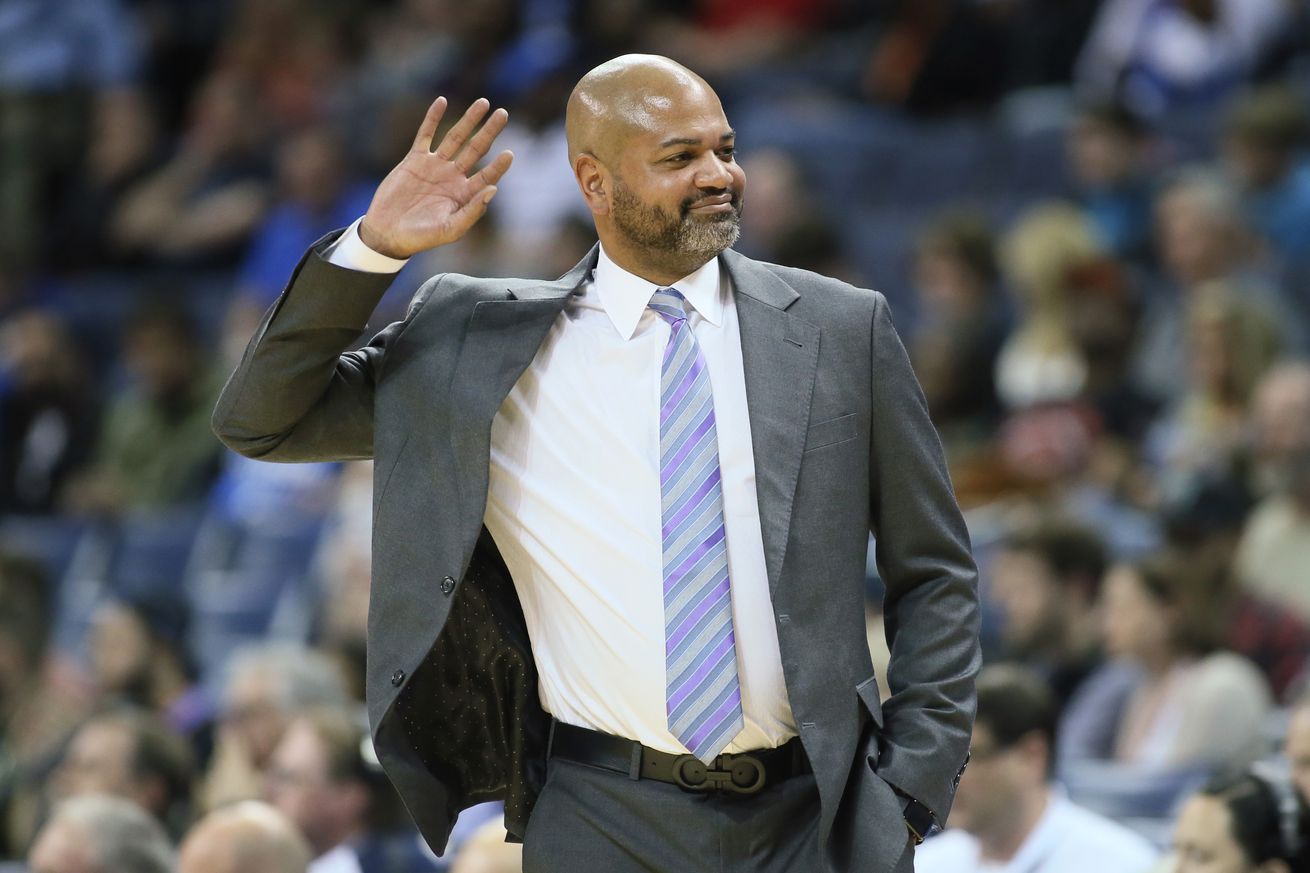 Name pun aside, Bickerstaff would be a big-name addition to fill the void left among assistant coaches in Boston.

With the news right after the Boston Celtics were eliminated from the 2019 NBA Playoffs that assistant coach Micah Shrewsberry wouldn’t be returning to the sidelines in Boston, the Celtics have had a void in the coaching staff to fill. Shrewsberry had been with the Celtics for 6 seasons, and he was primarily focused on Boston’s defense (which ranked top-10 in both defensive rating and opponents’ points per game despite a tumultuous year).

To fill that void, head coach Brad Stevens appears to be shopping around for a new assistant.

David Fizdale does not appear he will add his former Memphis assistant .JB Bickerstaff to Knicks staff. Per source, Celtics HC Brad Stevens interviewed Bickerstaff last night at Chicago combine. Celtics is losing assistant Micah Shrewsberry to Purdue. JB had been up for Cavs HC.

J.B. Bickerstaff is known for having ascended to the head coaching ranks in two separate situations as an assistant coach – once for the Houston Rockets in 2015 and most recently for the Memphis Grizzlies. Although the Grizzlies jumped out to a 12-5 mark early this season, they plummeted as the season progressed (which landed them the #2 pick, so I guess everything worked out).

Bickerstaff ascended to the head coaching position in Memphis after Dave Joerger was fired in 2017 when Bickerstaff finished the rest of the year as the interim head coach and was announced as the official head coach the following offseason following a, uh, not very extensive coaching search. It was rumored that Bickerstaff was chosen because he’s a player’s coach who excels with relationships, which explains why Mike Conley Jr. and Marc Gasol were big fans of him when he was promoted.

As terrible as Memphis was this past season (33-49), their defense was excellent, and Bickerstaff is recognized as a key part of that. They finished the season ranking 3rd in the league in opponents’ points per game while having the 9th-best defensive rating. Since Shrewsberry was a defensive specialist for Boston, Bickerstaff might be the right person to plug the hole left in his departure to Purdue.

Nothing is finalized yet, but it is interesting to see this name pop up on Brad Stevens’ radar. As time progresses toward the official offseason start date, I’m sure we’ll hear more about this position until it’s filled.