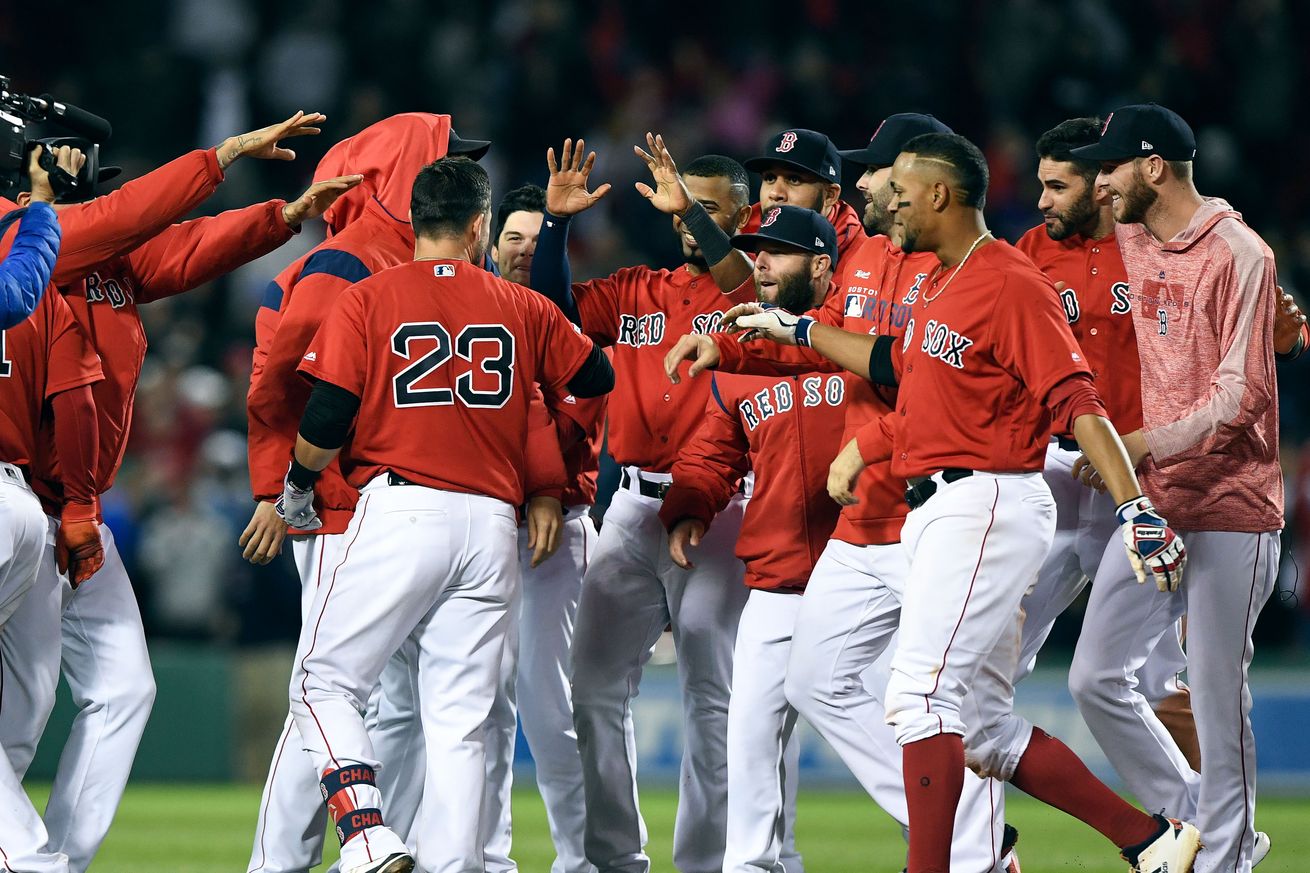 The Red Sox are playing well, and the fans’ confidence is reflecting that.

We are now roughly a quarter of the way through the season, and the Red Sox are starting to hit a stride. They’ve played much better since the calendar has turned to May, and while they lost a tough one two nights ago they are still trending way up at the moment. Things are about to get much tougher with a long stretch of 33 games in 33 days that starts with a three-game set against the Astros, so this team is going to be tested. Also to be tested: Confidence among the fans. As we head into this tough stretch, confidence is as high as it’s been since the start of the season.

All of this is to be expected, of course, because for the most part this team is playing like they are supposed to. Obviously nothing is perfect and there are portions of the team that are struggling at various points. Still, the offense is mashing and opening up leads, and when they aren’t the rotation is picking them up with consistently strong performances. Despite all of the good vibes, though, Boston fans are still just fourth among AL East fans in terms of confidence, with the Blue Jays’ fans the only other club not cracking at least 90 percent. The Red Sox are at 89 percent. That is the exact same as the percentage of fans feeling confident in Alex Cora, too. That doesn’t sound too surprising, but the confidence in Cora has stayed largely steady during this entire season.

Fans are fine with game length

I….think I disagree with this one? I’m not someone who thinks the time of game is catastrophic or anything, but for me a two-and-a-half hour sporting event is just perfect. That said, this all comes down to the distinction between pace of play and game length to me. If a game is moving a long but it lasts a while because there is a lot going on, that’s great! No one is going to complain about that. It’s when there is too much downtime that gets people complaining. It should also be mentioned that the population who voted in this poll, well, it’s not the concern of the league offices. They aren’t super concerned about the opinions of the people who are going to watch pretty much no matter what. The logic behind the lack of focus on the in-house fan, well, that’s up to you.