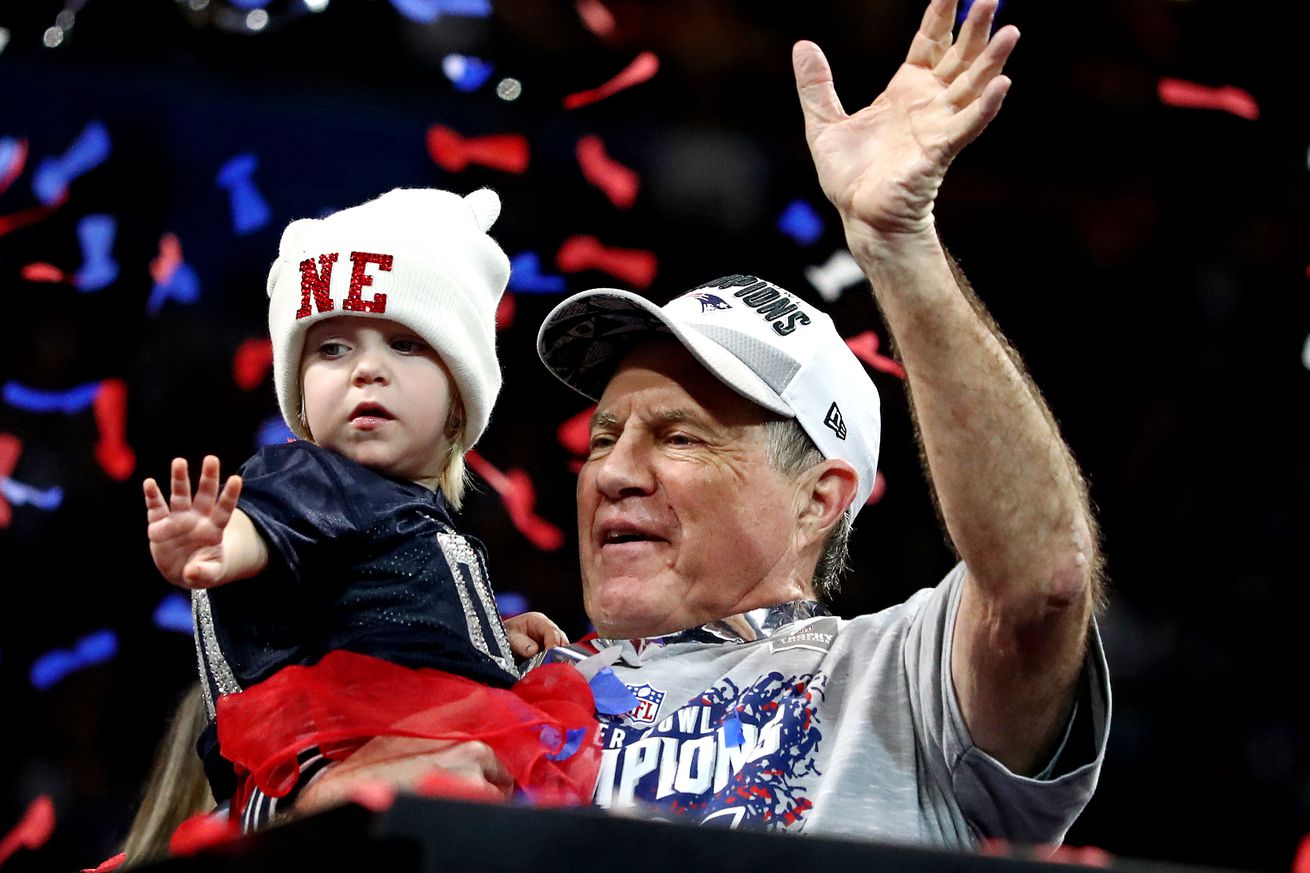 For the second straight year, the New England Patriots’ offseason was rather tumultuous. But while 2018 was dominated by rumors about internal dysfunction between the organization’s top-three — Tom Brady, Bill Belichick, Robert Kraft — 2019 had none of that. Instead, the period since the Patriots’ Super Bowl win was dominated mostly by considerable personnel turnover both on and off the field.

Standing in the eye of the storm, as always, was Belichick in his dual role as head coach and general manager: he had to oversee six assistant coaches leaving, Greg Schiano coming and then suddenly going again, and the departures of a core member of the scouting team and the club’s character coach. All while the Patriots lost some core members of their team in free agency. Oh, and Rob Gronkowski retired as well.

But Belichick did as Belichick does: trying to improve the team through the avenues he has available to him. Let’s quickly break it down:

New England lost some considerable star power in free agency, with Trey Flowers and Trent Brown the biggest names on the list: both were core players for the Patriots in 2018 and leave considerable holes on the roster. Malcom Brown, Chris Hogan, Cordarrelle Patterson and LaAdrian Waddle, meanwhile, saw notable snaps as either situational starters or rotational options at their respective positions.

While losing some major talent, the Patriots also made their classic high-value acquisitions — both internally and externally. The club re-signed starting cornerback Jason McCourty and rotational players Phillip Dorsett and John Simon on rather team-friendly terms, and also retained its place kicker and punter. Furthermore, some intriguing talent was brought on board via free agency with Mike Pennel, the three tight ends, and veterans Jared Veldheer, Dontrelle Inman and Jamie Collins as the biggest additions.

The Patriots were quite active on draft day, adding ten players to bolster the overall depth of the roster and fill some needs. First-round selection N’Keal Harry will add size and physicality to New England’s pass-catching group, while Joejuan Williams, Chase Winovich and Damien Harris are all projected to play rotational roles early in their careers. Chase Bailey, meanwhile, could take over the punter role from free agency re-signee Ryan Allen. The rest of the draft class has ‘long-term development written’ over it.

Given up: TE Jacob Hollister

New England made a pair of trades during the offseason so far: the team switched late-round draft picks to acquired defensive edge Michael Bennett from the Philadelphia Eagles, to help fill the void created by Flowers’ free agency departure. Furthermore, backup tight end Jacob Hollister was shipped to the Seattle Seahawks for a conditional seventh-round pick in 2020.

“This is a movie we’ve all seen before. The New England Patriots, fresh off a Super Bowl win, are faced with replacing numerous key contributors. […] Of course, in true Patriots fashion, the team has already filled many of the holes. […] Are the players who came as good as the ones who went? That’s unknown at this point. But no GM in the NFL is better at turning over a roster without missing a beat than Bill Belichick.” — Gary Davenport, Bleacher Report

New England stayed active all offseason to keep working on a roster coming off a Super Bowl title, but one that lost core contributors. Time will tell how it all shakes out, but the Patriots maintained a deep roster in all three phases with only a few question marks — receiving group, left tackle — remaining at this point in time. Given the circumstances, the club and its general manager did what looks like another fine job.

What would you say about the job Bill Belichick the GM did this offseason? Let us know below!