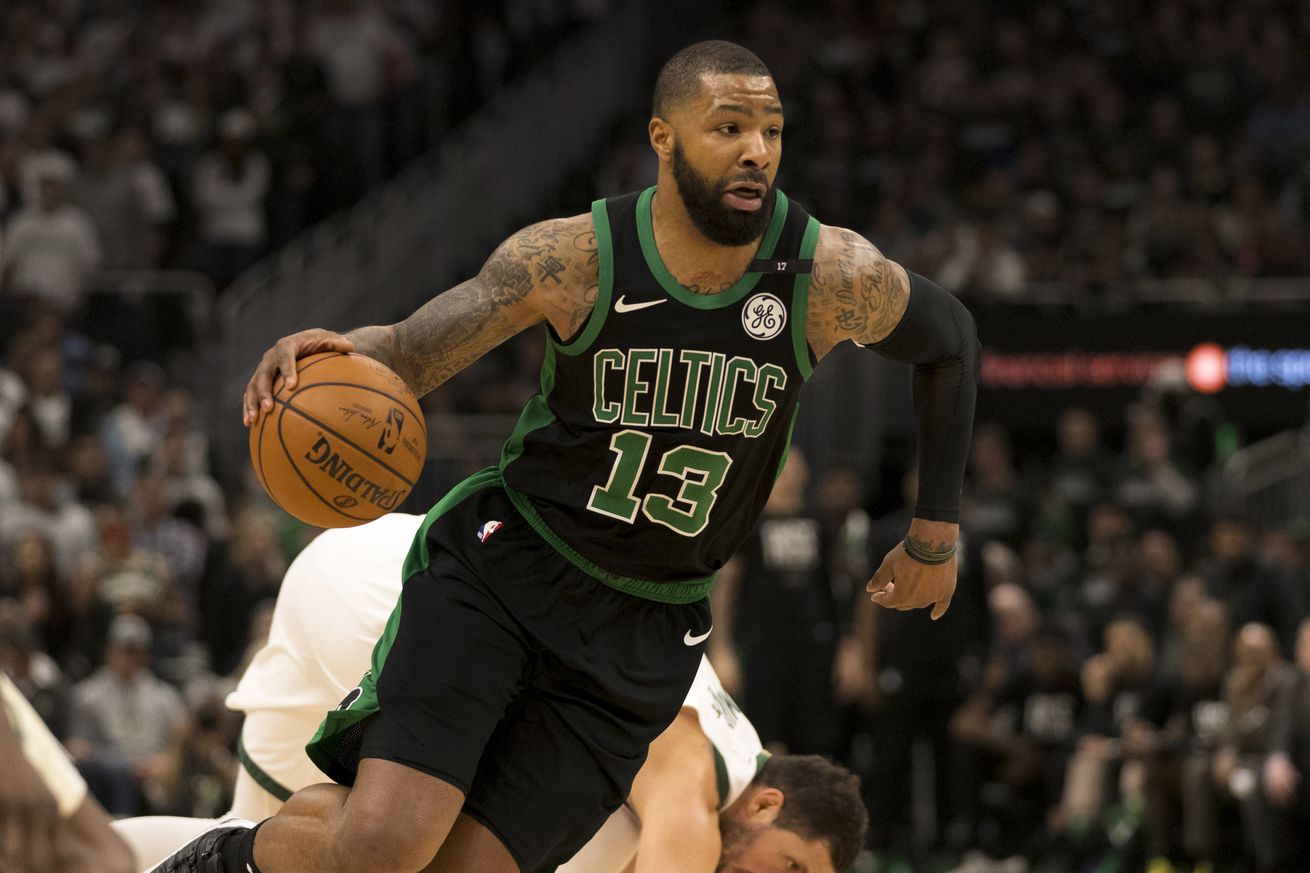 Morris’ serviceable efforts don’t get much fanfare, but he played an important role for the Celtics.

The Boston Celtics seem on a path where all that matters is trying to obtain – or retain – a star player or watch its budding young talent develop into one. There’s no middle ground.

Players that fit into neither category are often overlooked. In the NBA though, it’s steady veterans like Marcus Morris who lend a valuable hand in a myriad of ways, making a big difference on winning teams.

And that’s what Morris was to the Celtics during the 2018-19 season, serving as a solid contributor who won’t ever be confused as a savior of a franchise.

Morris was the most consistent Celtic through an incredibly inconsistent first half of the season for the team. He got off to such a hot start that Brad Stevens inserted Morris into the starting lineup 18 games into the campaign. Marcus ended up starting 53 games and finished the season averaging 13.9 points and 6.1 rebounds per game while shooting a career-best 44.7% from the floor.

Morris showcased the grit and determination that have become his defining qualities throughout his two years in Boston and eight seasons in the association. The toughness and attitude Morris brought to the court seemed lacking on the Celtics not named Marcus Smart.

There was also no moment too big for Morris (which can be a problem at times as well). But Morris displayed a penchant for knocking down big shots, especially early in the season. Most notably, Morris hit a game-tying 3-pointer off a feed from Kyrie Irving with 1.1 seconds left in regulation to send an early November road game against the Phoenix Suns to overtime where the Celtics ultimately prevailed. There were also another clutch 3-pointer from Morris in a come-from-behind win over the Oklahoma City Thunder and hustle plays that can’t be measured in a box score in an overtime victory over the Washington Wizards in December.

Morris didn’t have any other-worldly playoff performances, but was reliable nonetheless, and looked to be one of only a few Celtics exerting maximum effort in Games 4 and 5 versus the Milwaukee Bucks when he recorded back-to-back double-doubles.

But for Morris, things weren’t always bright as his play faded significantly after the All-Star break. No longer was he sparking the C’s in a positive manner as his shooting slipped to where he made just 30% of his 3-point attempts. Morris’ irrational confidence in thinking that he’s the best player on the floor at times is beneficial and other times a detriment.

The ball can stick to Morris on the offensive end and when his shots aren’t falling it can be extremely frustrating. Morris launched a career-high 389 treys this season and connected on 37.5% of them, but in all, his shot selection needs to be better. Morris has no problem taking on the appearance of a slight-of-hand-magician with his teammates wondering if the ball disappeared once Morris gets his hands on it.

Even with those drawbacks, Morris can offer a good deal in today’s modern NBA with his 6-foot-9, 235-pound frame giving him positional versatility. Offensively, he spaces the floor and knocks down 3-pointers with enough regularity that opposing defenses have to be aware of him behind the arc.

And his with size, if Morris plays in bigger lineups where he is the small forward, he can take his smaller defender to the basket and finish through contact.

Defensively, Morris can use his size to guard multiple positions, which is useful in the NBA’s hyper-switching defenses. Morris is always up for a challenge in stopping an opponent’s premiere scoring option, too, as Morris claimed a season ago in the Eastern Conference Finals that he was the best player to defend LeBron James in the NBA aside from Kawhi Leonard.

That brashness is exactly what propels Morris, but in other cases drags him down. He plays with a chip glued to his shoulder and is a vocal leader willing to speak his mind publicly, holding himself and his teammates accountable.

Teams are always eyeing veteran leaders with something to prove and with Morris being an unrestricted free agent, he will have multiple potential suitors – the New York Knicks have already reportedly expressed interest in Morris – looking to give him his next uniform.

It’s no secret Morris wants to play for a title contender, but also wants a bump in pay after making $5.3 million this year. That may hinder the C’s from bringing him back and if his price tag gets too crazy then the C’s will let him walk.

The Celtics may also be more focused on their draft picks, allowing Jaylen Brown and Jayson Tatum more time to develop and giving Gordon Hayward more reign that could possibly make Morris the odd man out anyways. Morris could still be of value to the C’s, though, in an ideal role of coming off the bench and serving as a savvy veteran with his toughness hopefully carrying over to his teammates.

Even if his time as a Celtic is over, Morris will makes contributions at his next stop. That’s just who is he. He finds a way to get the job done and his serviceable efforts usually go without much fanfare.

That’s just how it is in the NBA. All the attention goes to the stars or the potential next superstar and Morris is neither. That’s alright. Sometimes a team just needs a Marcus Morris.