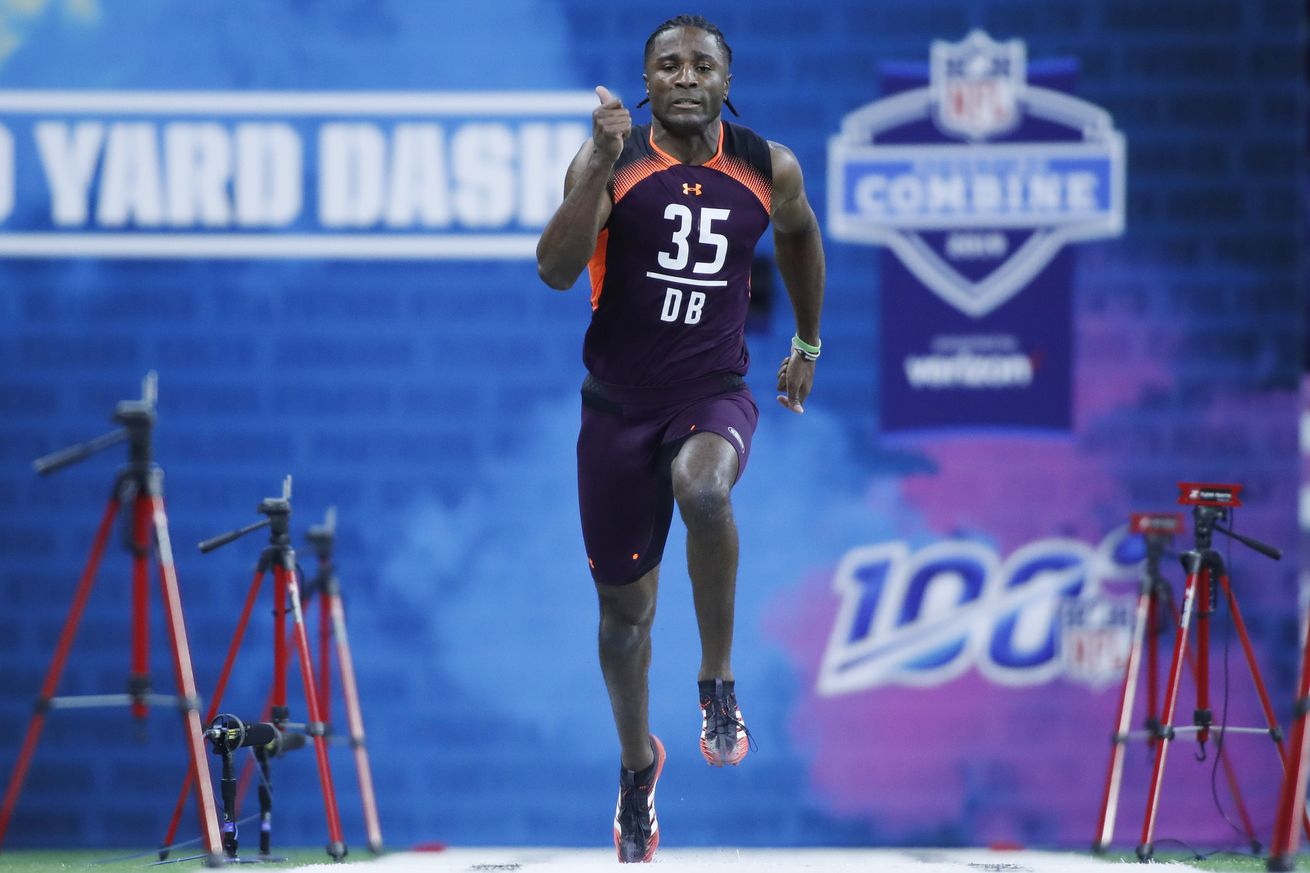 The New England Patriots covered all bases with their 2019 NFL draft selections: the team added day-one starting potential, picked high-upside developmental options, and bolstered its depth both in the short and the long term. One player to fall into all of those categories is cornerback Joejuan Williams, who was chosen by the world champions in the second round when the Patriots made him the draft’s 45th overall selection.

Williams joined a cornerback group that even before the draft was arguably the deepest in the NFL: All-Pro Stephon Gilmore was the clear-cut number one, with veteran Jason McCourty and 2018 breakout player J.C. Jackson the next two down the depth chart. Former second-round pick Duke Dawson and versatile slot cornerback Jonathan Jones added more depth to the group — and now Williams does as well.

But despite joining a crowded room, the Vanderbilt product landed in an ideal situation for his development. Given his unique size in combination with the depth the Patriots already have at cornerback, the team can start Williams’ career by not necessarily pushing him into a starting spot. Instead, he is projected to see the field based on packages and in a specific role covering taller receivers on the perimeter or going against tight ends.

Former NFL defensive back and current ESPN analyst Matt Bowen sees it the same way. “Williams […] has the coverage traits that Bill Belichick wants in his defensive backs,” Bowen wrote in a recent breakdown of the 2019 draft picks that landed in the ideal environment in his estimation. Williams is one of his fifteen picks given his very particular set of skills and the defense New England likes to run from a coverage perspective.

“The Pats are a heavy man-coverage defense. Put a safety over the top and challenge routes,” writes Bowen about the Patriots’ secondary. “That’s a fit for Williams, a cornerback with a monster 6-foot-4 frame who can match up to big-bodied NFL receivers, impact the release and then play the ball at the point of attack.”

Williams does need to clean up his tackling and jamming technique at the next level, but he should become a serviceable option against taller receivers nevertheless. It will therefore be interesting to see how the Patriots employ the rookie in 2019. One thing is certain, tough, he landed in the one place in the NFL that is not afraid to alter its approach in order to have it reflect its players strengths.

In Williams’ case, it is his size and physicality. New England will find a way to harness those two this season and beyond — the club seemingly always does — and not try to fit the square peg he is in a round hole within the defensive concepts. With regards to Williams’ unique build and the abilities it brings, nothing better could have happened to him than hearing the Patriots call his name on draft day.