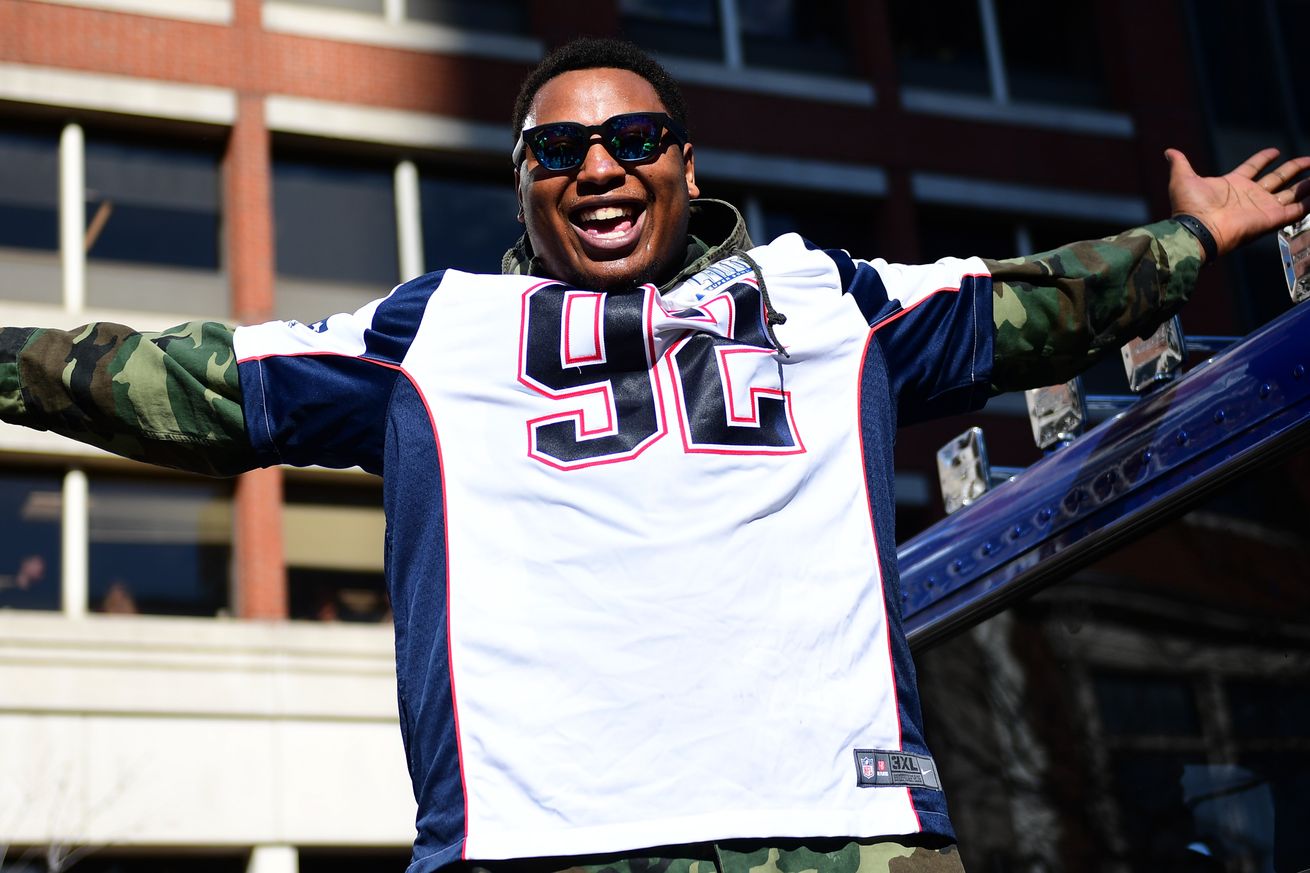 Related: Re-signing Jamie Collins a gamble worth taking for the Patriots

On Wednesday, the New England Patriots brought Jamie Collins back into the fold: after spending the last two and a half seasons with the Cleveland Browns, the reigning world champions re-signed the 29-year-old to add depth to its linebacker corps. The move was not made official yet, however, and will likely to hit the NFL’s transaction wire today. And when it does, a corresponding roster move will have to be made.

According to a report by ESPN’s Field Yates, this move will look as follows: the Patriots will release backup defensive tackle Frank Herron to make room on the 90-man roster for Collins. Herron was entering his second season with the Patriots after originally joining the club as an undrafted free agent in 2018. The 24-year-old LSU product spent the majority of his rookie campaign on New England’s practice squad.

Herron, who was named practice player of the week on five separate occasions last year, faced an uphill climb to make the Patriots’ roster this season. Despite the team losing Malcom Brown in free agency and making no move to plug the still unsigned Danny Shelton from the open market, Herron was considered to be little more than a depth option behind roster locks Lawrence Guy, Mike Pennel and Adam Butler at this point.

Today’s move confirms this — and that the Patriots coaching staff felt his roster spot is better used differently: on Collins, who started his career as a second-round pick in New England before getting traded to Cleveland midway through the 2016 season. While the one-time Pro Bowler is no lock to make the team either, his chances look better than Herron’s ever did given his athletic upside and experience in the system.