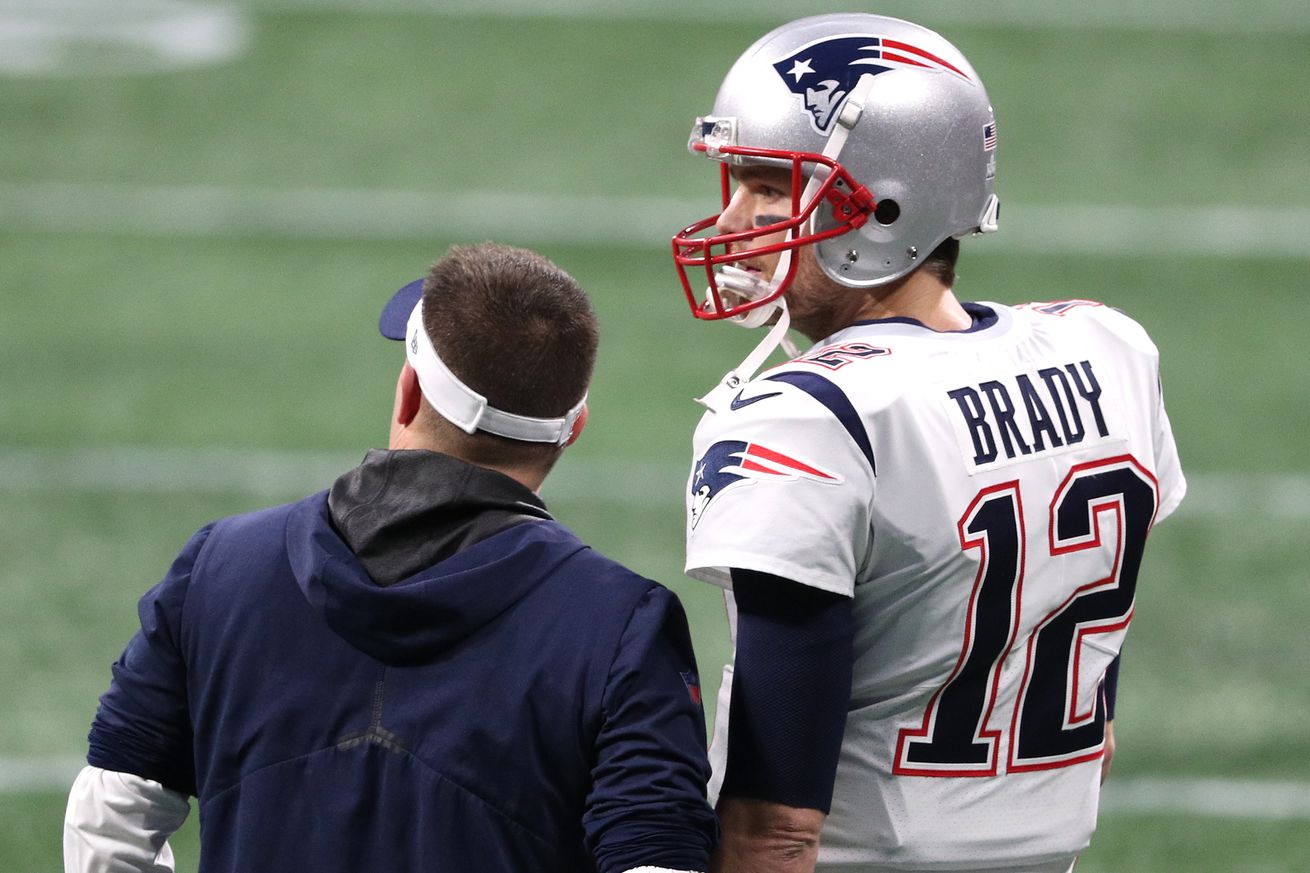 One of the classic but incorrect criticisms of Tom Brady compared to other quarterbacks is the old ‘he never played in another system.’ While the future Hall of Famer did spend his entire career so far with the New England Patriots, the system in which he played has been a highly diverse one over the last two decades: with several coordinators coming and going and coming again, the Patriots’ scheme evolved all the time depending on the personnel.

Don’t be surprised if 2019 is more of the same. Over the course of the offseason, the Patriots added big wide receivers to play alongside returning veterans Julian Edelman and Phillip Dorsett: first-round draft pick N’Keal Harry is 6-foot-3, while free agency additions Demaryius Thomas, Dontrelle Inman and Maurice Harris are all in the same area. Add suspended Josh Gordon and the tight ends and you have a tall group of receivers.

This is, of course, somewhat of a deviation from years past and offensive coordinator Josh McDaniels is aware of that. “We’ve had some experience with bigger players periodically, and everybody makes a big deal out of that because we have had some players that are a little smaller be successful,” the Patriots’ offensive play caller said during a meeting with the media ahead of last week’s rookie minicamp.

For McDaniels, however, size is irrelevant to a certain degree: it is about talent, and about getting this talent in the best possible situation to be successful. “I think the biggest thing that we try to do with our team and our offense in particular, as I’m talking about it, is just take guys that have a skill and a talent about it and don’t try to fit them to what we have done in the past,” said the 43-year-old.

“You have to have enough versatility and flexibility in your system that you can maybe feature the X-receiver, or the Z-receiver, or the tight end, or two tight ends, or the halfback. Whatever style you want to be, it should reflect the talents of your team,” he continued. Given the Patriots’ current personnel — especially without core players from years past like Rob Gronkowski and Chris Hogan — the flexibility McDaniels talked about will be on full display again in 2019.

Joe Judge, who saw coaching the wide receivers added this offseason to his already existing responsibilities of coordinating the special teams units, feels confident in McDaniels’ abilities to adapt his scheme to a point where the new, taller receivers will be as successful as the smaller ones from the past. “I think Josh will identify the strengths of our offense and he’ll look to go ahead and build it around what we can do well,” said Judge.

“Whatever style you want to be, it should reflect the talents of your team.” — Josh McDaniels

When it comes to the receiving corps’ size in particular, Judge does not see it as anything special. “We’re going to try to use everyone the best we can,” he said. “I don’t think by bringing in a bigger receiver or having maybe a traditional mid-size slot receiver, that doesn’t truly affect exactly what you do. It all ties into the player’s knowledge and ability to execute the offense. We’re looking for smart, tough, dependable players and if you fit that category, five-nine or six-three isn’t the biggest factor.”

“Years ago we haven’t been a big 12-personnel team with two tight ends, and all of a sudden we did that. Back in ‘07 we went to 11-personnel and spread the field; years later, we were more of a tempo team,” added McDaniels when speaking about the schematic flexibility the Patriots offense displayed in the past, and might do again this season considering the available personnel. “I think it kind of moves and it really reflects your team.”

Last year is a good example of that. The Patriots had a deep and versatile group of running backs, but lacked in other areas especially early in the season. As a result, receiving back James White saw his workload increase while Tom Brady developed a rapport with his other weapons. Once Julian Edelman returned off a four-game suspension and Josh Gordon was added to the mix, the Patriots’ aerial attack shifted its focus again. In the meantime, the ground attack led by rookie Sony Michel picked up its pace.

“We look for the best available players,” added Judge when speaking about player types and how they impact the offense and dictate its style. “As far as the size, some guys might fit more into the specific role we’re looking for. We’ve never sat and had the tape measure out to make sure a guy fits a certain profile. You can go through the history here, we’ve had guys that have been tall, short, burners with speed, maybe a little speed-deficient at times, too. We’re going to work to use everyone’s skill-set to help our team the best we can.”

How this will look like remains to be seen considering the Patriots’ current skill position depth: while the aforementioned Edelman is still part of the mix and the running back group again one of the NFL’s deepest, the rest of the talent is rather unproven in New England’s system. As a result, the power run game of 2018 might be heavily featured again in 2019. On the other hand, the Patriots might attack teams differently in the passing game as they are trending towards smaller but quicker defenders.

For McDaniels, those determinations will be made over the course of offseason workouts and training camp. “Today and the next so many months are about foundation, evaluation,” he said. “Let them rep, see what happens. Is it good enough? Is it not? Do we need to change something? I don’t think we know the answers what exactly we’re going to look like in September and October yet.”

One thing we do already know, however: the Patriots’ ability to adapt their scheme and be flexible depending on the personnel will once again play a big role in their offensive success.