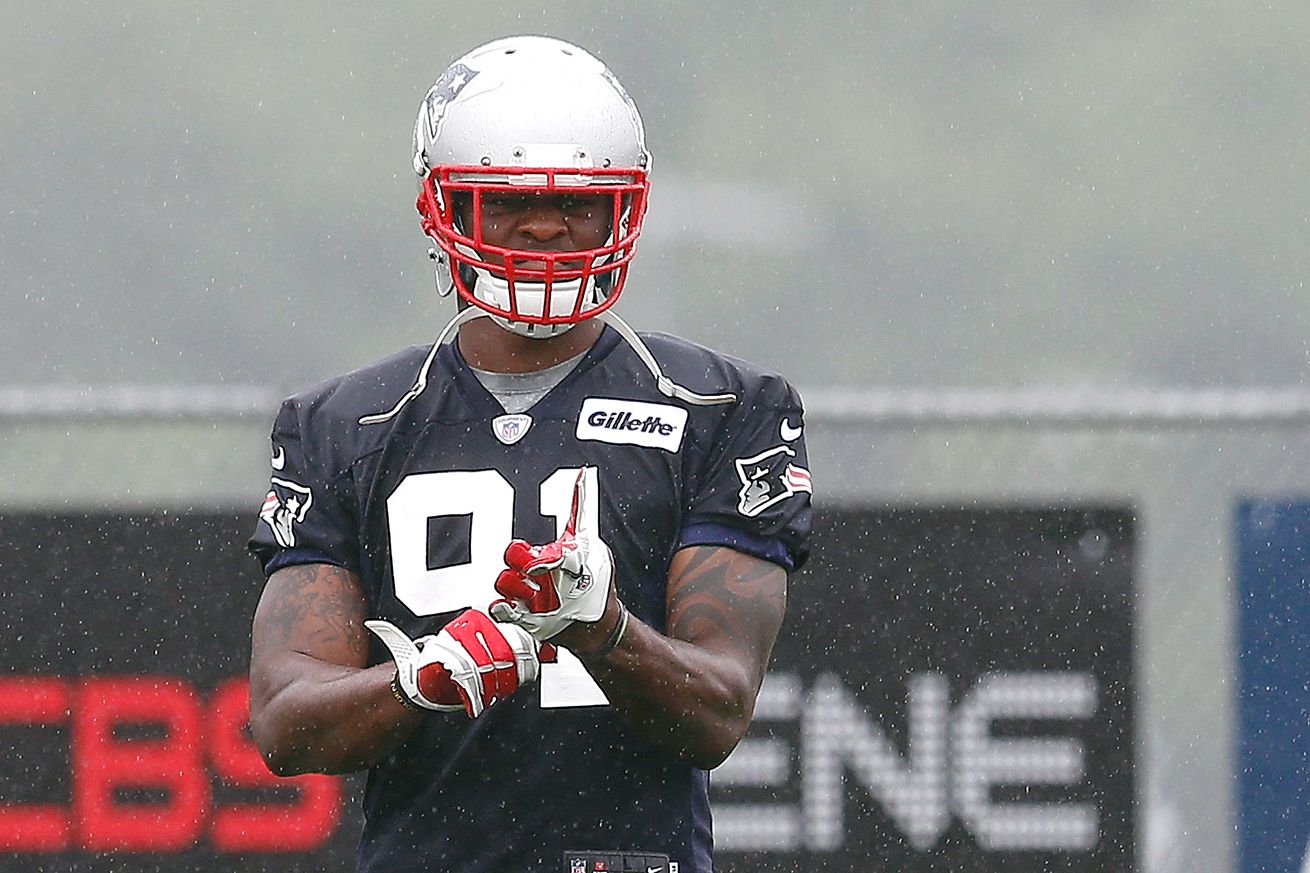 Related: What re-signing Jamie Collins means for the Patriots

The New England Patriots brought a familiar face back into the fold on Wednesday when they re-signed linebacker Jamie Collins. The 29-year-old, of course, started his career in New England when the club made him the 52nd overall selection in the 2013 draft. Collins quickly became a defensive mainstay alongside fellow linebacker Dont’a Hightower, and was seen as one of the building blocks around which to form the unit long-term.

Things did not go that way, obviously. Midway through the 2016 season, the Patriots traded Collins — now in the final year of his rookie contract — to the Cleveland Browns for a conditional 2017 third-round draft selection. New England went on to win the Super Bowl with Hightower, Kyle Van Noy and Shea McClellin as the top linebacker trio, while Collins signed a four-year, $50 million deal in Cleveland after the season.

The Browns paid Collins for his potential as one of the league’s most athletic and versatile defenders. However, he failed to live up to his ceiling in a new environment that further accentuated the shortcomings that already were on display in New England: Collins remained inconsistent when it came to reading plays correctly and making appropriate decisions, and was therefore unable to properly fill the role the team had in mind for him.

Cleveland envisioned its high-priced addition primarily as a strong side linebacker, as opposed to the Patriots using him more on the weak side of the formation. While the club still tried to take advantage of his versatility by moving him around the formation, Collins was simply unable to adapt and by extension do his job. He remained undisciplined and oftentimes failed to carry out his assignments, whether it came to filling gaps in the running game or dropping into the Browns’ zone coverage areas.

Now, that all is the Patriots’ problem — again. However, bringing Collins back on board is still a gamble worth taking from the reigning world champions’ perspective for simple economic reasons: the one-time Pro Bowl selection will likely be a comparatively cheap addition considering that he remained on the open market for more than two months after the Browns cut him in early March. Collins’ ceiling and experience, on the other hand, are well worth the investment.

When the Patriots traded Collins back in 2016, ‘freelancing’ was a term often used to describe his play and the reasoning behind New England moving on from its star linebacker. However, this freelancing has more to do with the aforementioned issues Collins had: from carrying out his assignments, to reacting properly to the play development. In October 2016, the team had seen enough from a player it probably would have lost in free agency anyway after the season.

Collins’ issues did not go away in Cleveland — quite the opposite given how the team used him — but in the same sense his strengths also still exist. For the Patriots, it is now about harnessing them in order to turn him into the playmaker he was between his 2013 rookie season and his 2015 Pro Bowl campaign. How they will try to do that remains to be seen at this point in time, but the team’s overall depth at linebacker might help.

After all, New England is currently pretty deep at the position. Hightower and Van Noy are the one-two punch, and are coming off an outstanding performance in the Super Bowl. Behind them are Elandon Roberts, who produced his finest season to date in 2018, and Ja’Whaun Bentley. The rookie showed plenty of promise last year before his season was cut short three games in due to a biceps injury. Fully recovered, Bentley should be seen as a roster lock to receive considerable playing time again.

This mix of veteran depth and developmental upside puts Collins in an interesting spot: as opposed to his first tenure with the Patriots, he no longer needs to be ‘the man’ alongside defensive on-field signal caller Hightower. Instead, he is one of many options in a rather deep group (one that also includes 2018 sixth-round pick Christian Sam, former practice squad linebacker Calvin Munson, and undrafted rookie Terez Hall).

In turn, this might allow the team to use Collins in a more specific role tailored to his strengths and athletic skill set. How could such a role look like? Considering his abilities when it comes to rushing the passer and operating in space, the Patriots could opt to employ Collins as more of a passing-down specialist as opposed to a three-down linebacker: playing on the weak side of the formation again and off the line of scrimmage, while also attacking downhill as a pass rusher.

Using Collins in such a simplified way might take some pressure off him and return him to the player he was before 2016: a versatile playmaker. While the next few weeks and months will tell how Collins’ second stint in New England will go, bringing him in on what is expected to be a comparatively cheap, prove-it-type deal is certainly no mistake. A team can never have enough depth, after all, and Collins could be just that for the 2019 Patriots — and maybe even more.