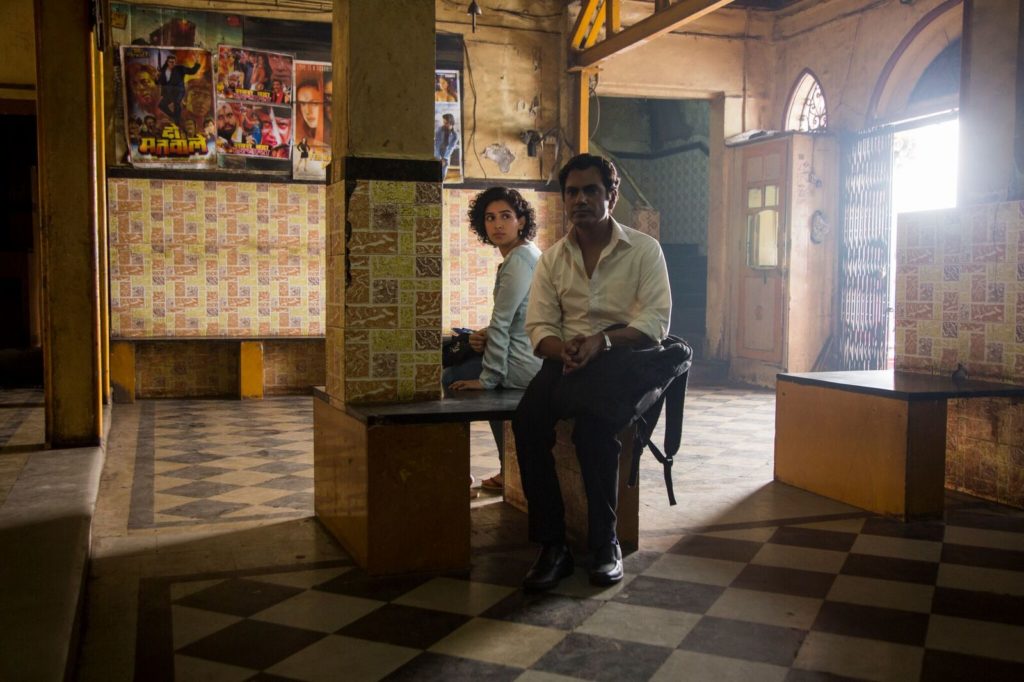 “This is a story of boy meets girl, but you should know upfront, this is not a love story.” One decade ago (!!), Marc Webb’s directional debut (500) Days of Summer disintegrated the notion of true love in a way that 17-year-old me was simply not prepared for. Maybe it was obvious to some (eg. the majority of people who have been in more than a single relationship) that Tom and Summer weren’t going to end up together, but it was torturous to think that you can share similar interests with an attractive person and not be soulmates. But, in the end, Tom moves onto another girl, I moved on with my own character development, and Webb moved on to The Amazing Spider-Man, but that quote has resonated in the breadth of heteronormative relationships in cinema. For me, especially in the modern power of self-love and discovery, a “love story” can be and has been transformative beyond romantic means. In one of 2017’s sleeper hits, Columbus, John Cho and Haley Lu Richardson exchange quips about their personal lives and Ohio’s architectural design. Ultimately (and fortunately, given their ages), Cho and Richardson do not fall in love, but their willingness to look into each other’s darkest corners and brighter passions had allowed space for love to grapple with their ailing parents and personal growth.

In some ways, the platonic intimacy displayed in Photograph reformulates a measureless definition of love that makes for a compelling and, in a good way, comfortable way of watching two lives interweave. At a cursory glance, the audience can mistaken the protagonists’ meet-cute as a commonplace yet preposterous rom-com device; under the persistent pressure of his grandmother for an immediate betrothal, a street photographer pretends to have a fiancee by sending her a picture of a stranger that he’s taken during his job. When his grandmother decides to visit, he has to find the girl to help play his game of charades. 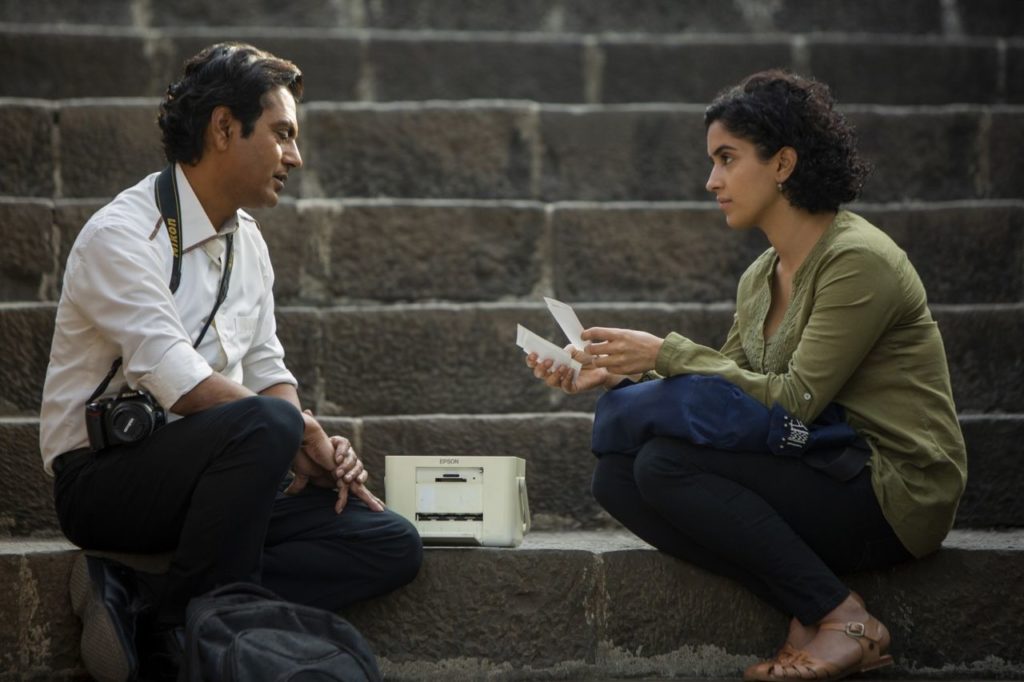 Director Ritesh Batra, aware of falling in step with familiar Bollywood scenarios, chooses to favor an “arthouse” direction for the realistic portrayal of Mumbai. Rafi (Nawazuddin Siddiqui) is the tenacious picture-taking vendor with the duality of a docile man in the face of his friends’ consistent jesting and his grandmother’s familial prodding. Opposite is Miloni (Sanya Malhotra), an obedient student who is caught in her parents’ expectations of finding a good job and a worthy husband to remember the joys that exist outside of the academic world she’s known.

Contrast is a notable force that perpetuates the moving emotions and backbeats in Photograph, both in small-scale presences and in large proximity of the location. There are a few “mundane” moments that reveal something somewhat worldly about the environment around them; in one scene, Rafi and his friend discuss the day’s profits while someone in the background is using their smartphone to take a picture of the scenery (in Batra’s efforts to let the location speak for itself, there’s a good chance that that juxtaposition was unscripted). Miloni is cushioned with the comfort of middle-class worries, such as passing the exam to become a chartered accountant, while Rafi seems to be eternally burdened with a hefty financial debt bequeathed by his father. Their encounters are perceived as incredulous by Rafi’s friends and Miloni’s acquaintances in ways of wealth and colorism. An outsider may be quick to say that apart from the short happenstance that ties them together, the two have nothing in common.

But the playful push and pull of Mumbai’s changing landscape, from the busy conversations in the night markets to the silent taxi rides that seem to have no particular destination, exemplify the few similarities that the characters find in each other. Family tension, for example (though that is an universal adversity that can be traced back to Shakespeare and Greek mythology), veils Rafi’s and Miloni’s hidden desires so well that they don’t even know that they had been searching for something.

Naturally, their perspectives widen to understand the lives that entwine with their journeys (eg. Miloni learning that her housekeeper sends money to her family and sleeps in the kitchen). It is hard to explain Photograph with words since, by itself, it sounds as if I’m circling around writing a rom-com summary. But there is a recurrent piano chime throughout the film that sounds like a mild neurotic walk in Central Park, the moods are softened and subdued, and it’s the emptiness of the last scene that Batra achieves in making Photograph another strong participator in the growing forefront of parallel cinema.