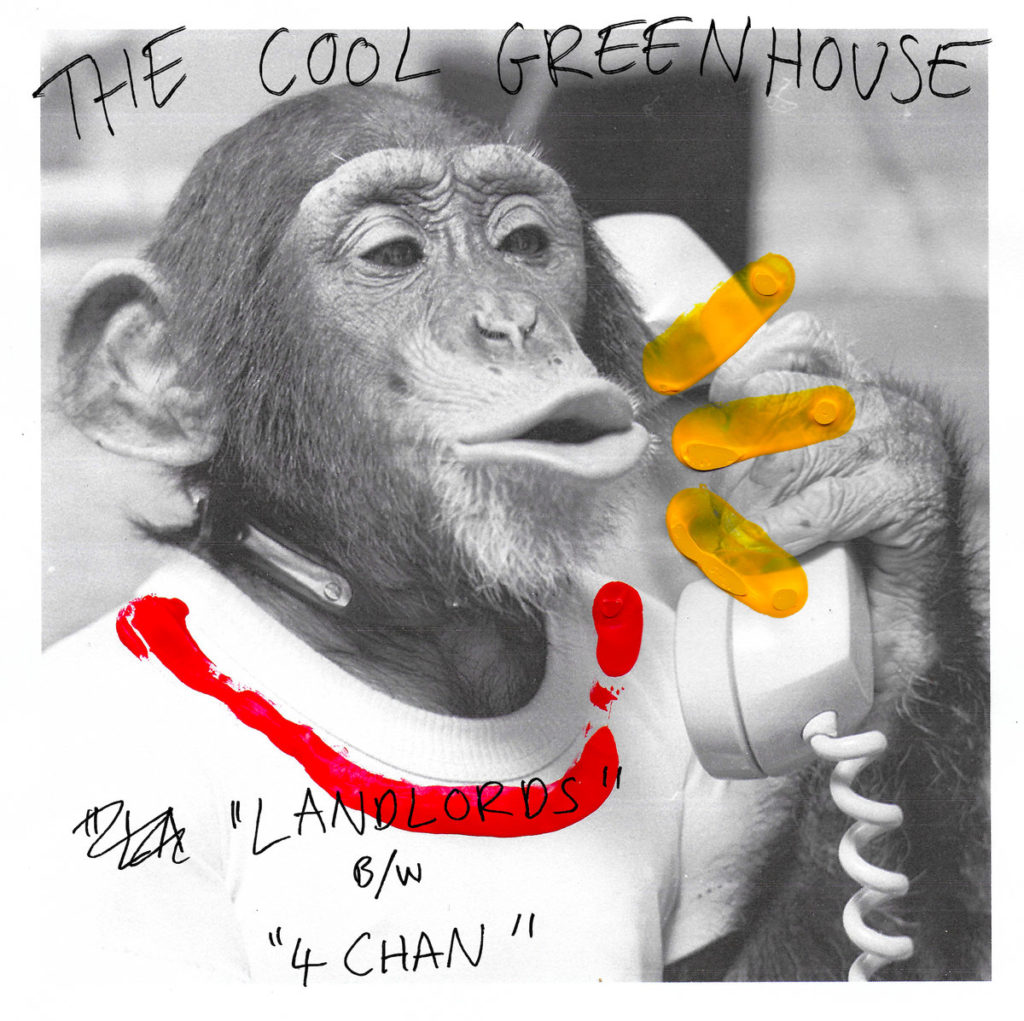 Just a two song-er. A 7″-er for the tangible types, for the expendable income sect. This record is my intro to the “UK”‘s THE COOL GREENHOUSE. This London crew is several EPs in though, and they are definitely stirring up some of those grand British DIY feelings of the past, but not in any super direct ways. More in spirit than anything else. Simple grooves propel the thing, guitars wander off into nearby fields, forgetting which songs they are in. Melodic hooks are not forgotten. They’ve definitely listened to THE FALL, ya know? “Landlords” is ripe for MESSTHETICS Vol. 3009 which will be released in 2089 to no fanfare at all. It will be treasured by those in the know though of course.*

“4chan” is an anthem for these dark times. I’ve listened to this thing so many times that I’ve had to continually switch browsers in order to keep playing this song because of bandcamp’s limitations. A picture of disgusting humanity laid bare over minimal chords and electronic drums. These guitar solos make me want to die (in the best way possible). The lyrics sting smartly and there we are dancing in the corner just as awkwardly as we ever dreamed we might. I may have to find a few bucks somehow and shell out for this one. Classic stuff.
Landlords by The Cool Greenhouse

*By Vol. 5015 (release year UNKNOWN) the MESSTHETICS series will be the national compilation series of what was once known as Iceland. COMPLICATED STORY.