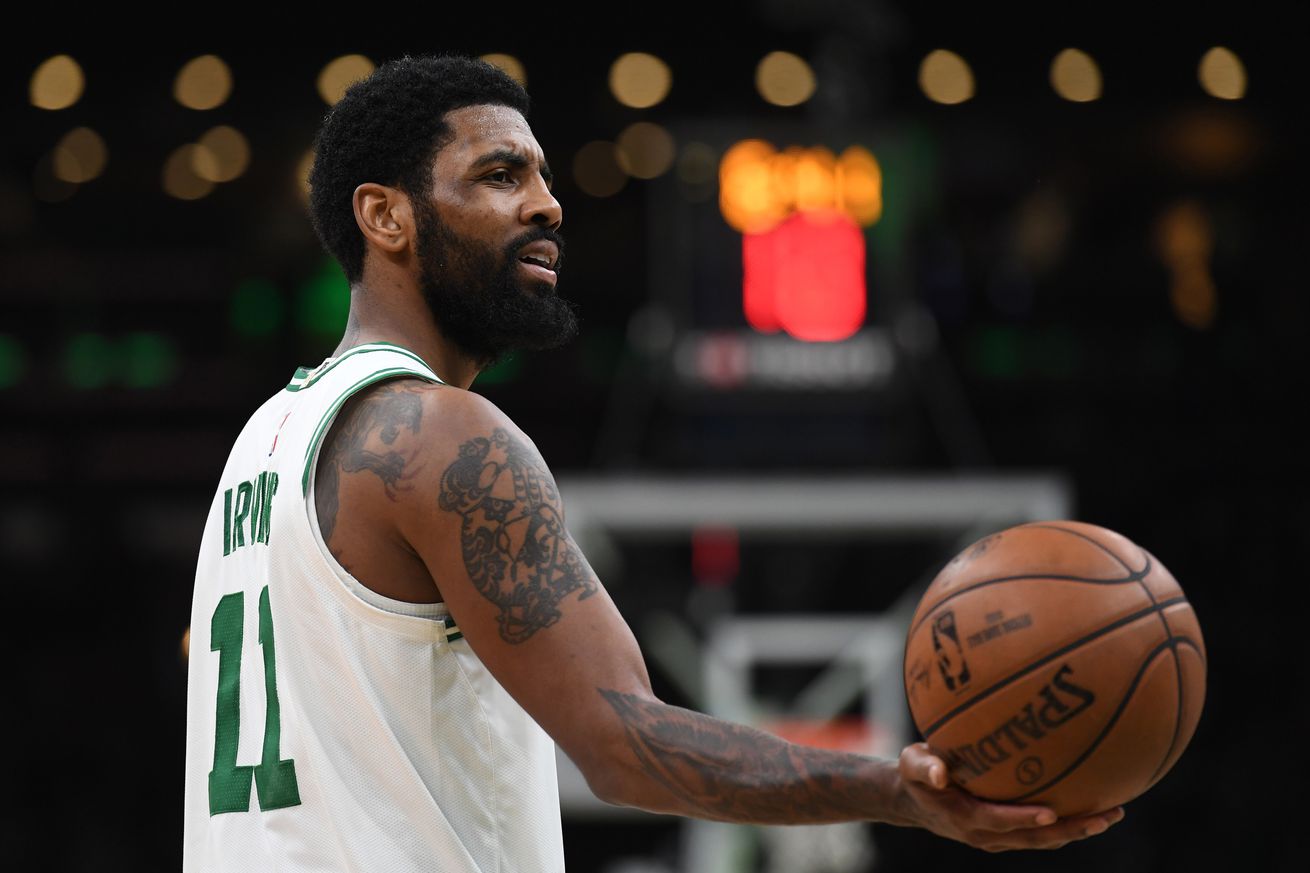 What if Kyrie walks? All is not lost for the Celtics!

With all the particulars covered, it’s time to go down a path that at least half the fanbase seems to expect/want: The See ya, Kyrie option.

Let’s start with this right off the top: the Boston Celtics won’t have cap space if Kyrie Irving signs with another team. As noted above, Boston already has a lot of salary tied up. But let’s get into some assumptions in this scenario:

First, let’s assume Aron Baynes decides he’s happy to stay in Boston without that guy who’s only kind of Australian and he opts in. Let’s say Al Horford still opts out. He’s not leaving, but he’s keeping his options open, just in case Danny Ainge tears it all down (see: Nuclear Summer later in the series!). Semi Ojeleye gets his contract guaranteed, because that’s a lock to happen almost no matter what.

Now, let’s assume Marcus Morris joins Irving in heading out of town, because his main positions are still a bit of a logjam and he’d rather be elsewhere. And Jonathan Gibson goes too, because poor Jonathan Gibson is going to be gone in all these scenarios to free up a roster spot for a draft pick.

As for the draft picks, let’s assume that Ainge stashes a pick overseas, because the roster is young enough as it is. For simplicities’ sake, we’ll assume that is the #22 pick.

That leaves the Celtics with the following:

That’s a total of over $128 million. The cap is expected to be $109 million. In this scenario, Boston is over the cap, but is well-below the luxury tax line. They would then have access to both the Non-Taxpayer Mid-Level exception of $9.2 million and the Bi-Annual Exception of $3.6 million.

We’re going to assume that Horford loves it in Boston and wants to come back and is willing to lower his salary from $30 million for one season (the value of his player option) to let’s say an average annual value of $20 million. Even then, Boston is still over the cap. Sure, they could shed the smaller cap holds of Theis and/or Wanamaker, but that doesn’t create any sort of meaningful cap space.

Notice in this version Rozier is still around! He made it pretty clear he had no interest in coming back to Boston to be a backup. With this group, the Celtics could presumably turn back to a lineup that is similar to the one that made a run to the Eastern Conference Finals in 2018. That’s probably enough to persuade Rozier to re-sign with Boston.

And that’s basically what it would be: the 2018 team that fans fell in love with, but with Hayward in place of Morris. Presumably, Theis and Wanamaker would come back as well. That leaves one open roster spot and the entirety of the MLE to use. This roster would be light on backup wings, so the MLE probably gets spent to add a wing shooter, of which this free agent class has several options.

In this scenario, you’re looking at a lineup of:

The hope is that Rozier regains the magic he found as a starter in 2018. Hayward can consistently be the playmaker/shooter/scorer he showed at times late last season. Tatum and Brown re-adapt back to bigger roles. Williams continues to grow and eventually supplants Theis in the rotation. And maybe one of the draft picks is an instant contributor.

That group maybe doesn’t have the apparent upside, or the versatility, of last year’s team without Irving and Morris, but everything could just fit better. There’s also a chance that everyone, including Rozier, agrees that it is best for both sides to go their separate ways. At that point, the focus of the MLE is to add a point guard to pair with Smart. This free agent class is full of solid targets for that sort of money with players like Darren Collison, Ricky Rubio (who is rumored to have interest in Boston and would fit perfect as a guard who can’t shoot!), Cory Joseph and even old friends Isaiah Thomas and Rajon Rondo. All of them would make a solid enough pairing with Smart to get Boston by at the position.

Overall, the main point of this scenario is to drive home two things. First, the Celtics aren’t likely to have cap space even if Kyrie Irving leaves. Second, and most important, that doesn’t mean all is lost. Ainge can still put together a roster that Brad Stevens can draw a winner from. And you never know, sometimes less really is more!

Next we’ll break down the scenario Ainge and Celtics fans have been dreaming of for years: Welcome to Boston, AD. (Spoiler: this is with or without Kyrie Irving sticking around!)