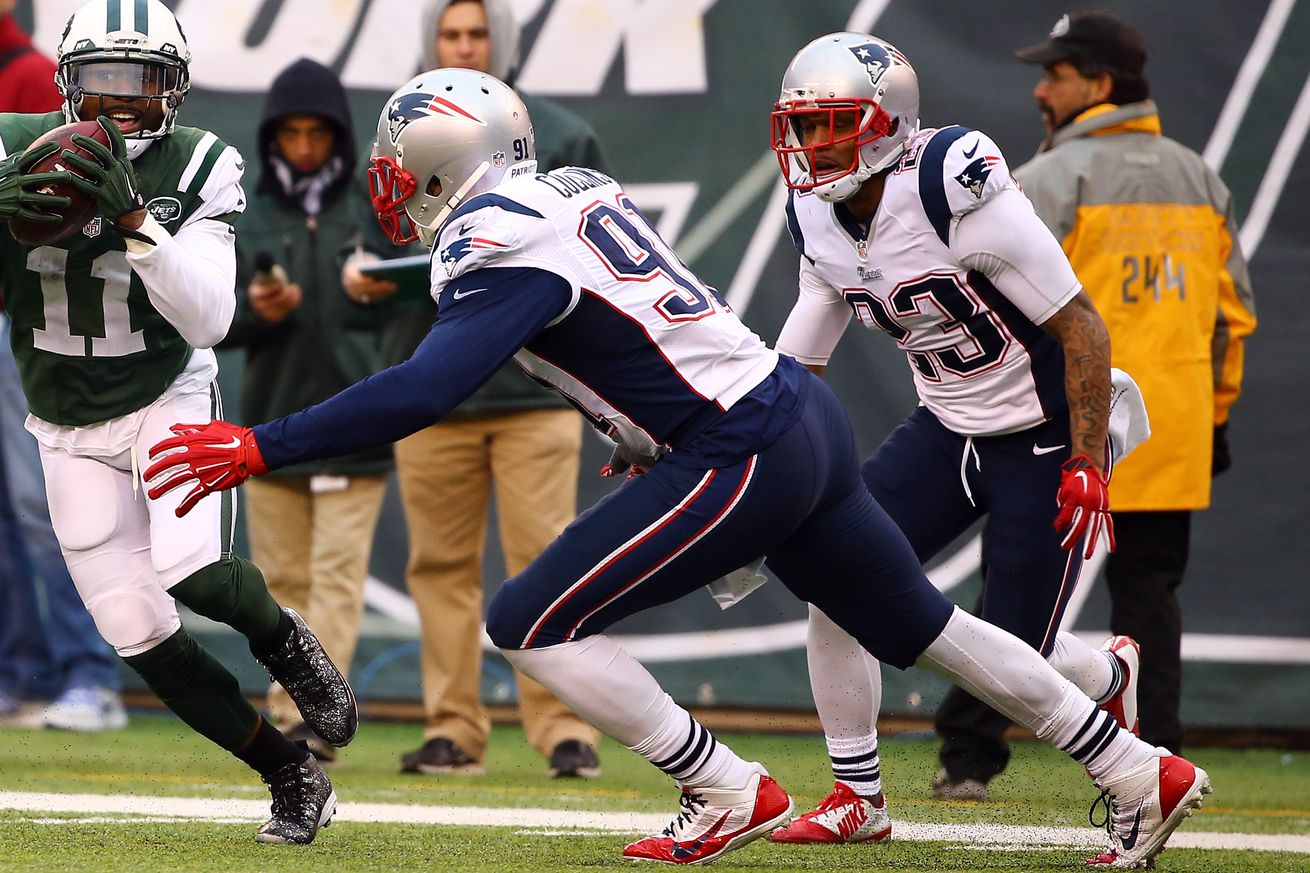 Related: Re-signing Jamie Collins a gamble worth taking for the Patriots

While they are obviously different players who play different positions, there are definitely more than a few parallels between Jamie Collins and Patrick Chung. While they were both second round picks who had a lot of potential coming in, Collins had three very productive years with the Patriots, one of which ended in a second-team All-Pro nomination and a Pro Bowl berth. Chung, on the other hand, was not very good the first time around with the team.

The team, and fan base, however, had soured on both before they left the team the first time. That is something they most definitely have in common. The question I can’t get out of my head is: Why bring Collins back at this point? The most logical explanation is one that brings us back to Chung’s situation.

Cut with two years left on his deal with the Eagles, the Patriots decided to bring Chung back on a one-year deal. Keep in mind, he was only gone for one season. But in that year, the Patriots figured something out. Instead of using him as a prototypical safety, they needed to move him into the box and around the formation. Chung has turned into a master and covering tight ends, and has become an incredibly important part of the defense.

Why is this relevant? I think the Patriots are going to do something similar with Collins. Think about it, he was traded from the Patriots around reports that he was “freelancing” and not doing what he was supposed to be on defense. What if the coaching and scouting staff figured something out while watching him in Cleveland? That certainly would explain why Collins is back with the Patriots.

Collins was also cut with two years left on his deal. He had signed a 4 year, $50M contract with the Browns, and they decided, since the guaranteed money was gone, they didn’t want to pay his $10.5M salary this year. The Patriots certainly took their time making it official, but bringing him back should be a clear message: They think this time will be different.

The only reason to think that is because they have figured out exactly how he fits in. Maybe he’s not a prototypical linebacker, and they are going to be playing him in specific situations. Whatever they have planned, you should be excited. When is the last time the Patriots had so much talent and athleticism on defense? They’re going to be a fun team to watch, and something tells me Collins is going to play a role in that.