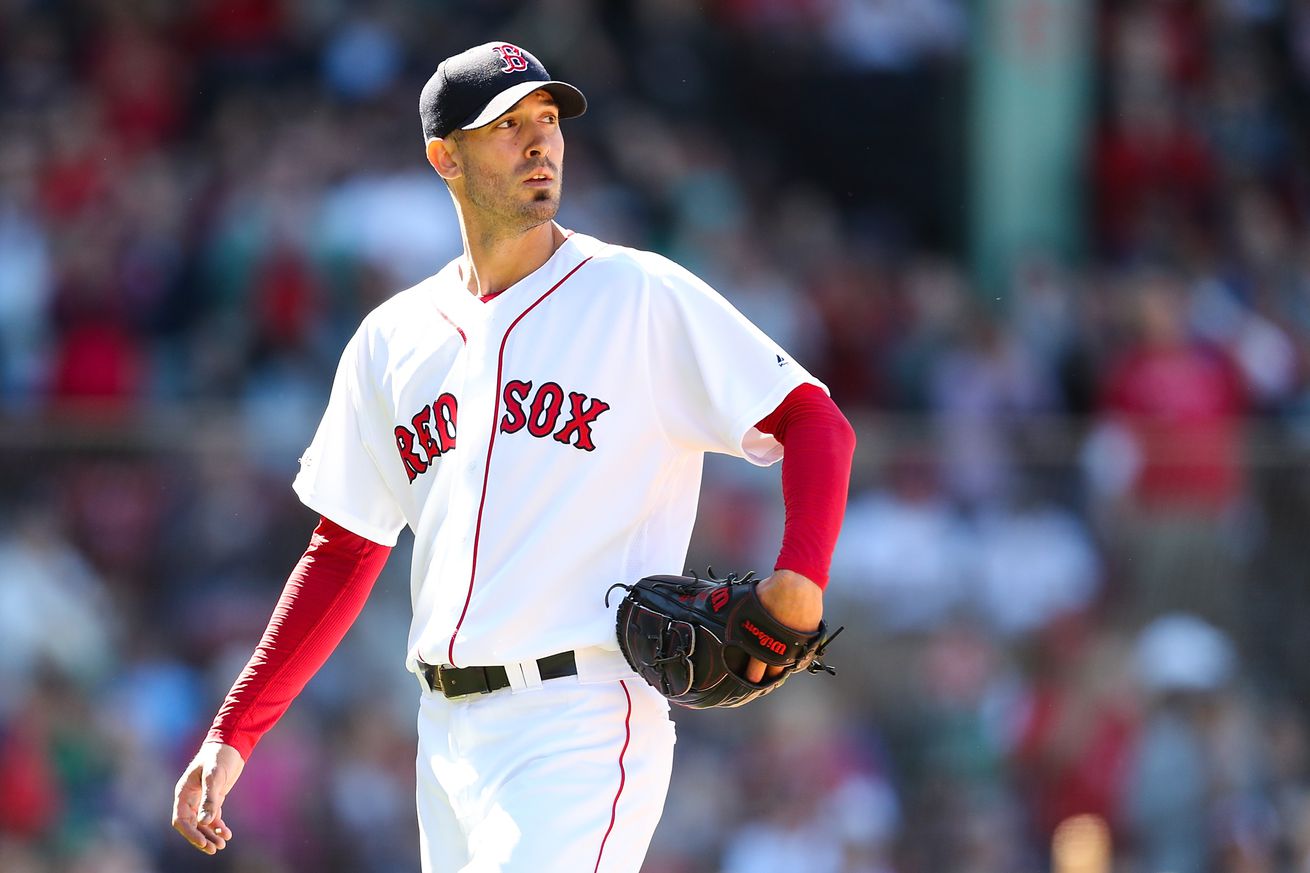 The Red Sox (23-20), fresh and rested off a rest Tuesday, face the perpetual juggernaut Astros (29-15) in the raucous confines of Fenway Park tonight at 7:10 p.m. behind Rick Porcello.

Porcello will be without his normal catcher, with Sandy León out having one of the best days of his life. I think pretty much every one not braindead is on board with players going on paternity leave, leastwise León in May, but this is still worth watching:

It’s true, man! Anyhow, good for him, but Porcello prefers Sandy over Christian so we’ll see if and how that manifests itself. What I’m really saying is that if Porcello has a bad game it’s because he hates babies, so root for him, ya cretins.

Gerrit Cole goes for the Astros, and he’s very good, which presents a problem for baseball teams that struggle against good pitchers (all of them). Partially for this reason, one suspects, Jackie Bradley Jr. is out, even against a team where his defense would be helpful (all of them) and, more importantly, a righty pitcher. Eduardo Núñez bats ninth and DHs, which is really funny to me for some reason.

The Astros have been pounding the living shit out of the ball recently, no one more so than George Springer. He has 16 homers to lead the league and looks enough like my friend that I like to tease him about it. My friend has 0 homers. Springer’s far from the only weapon in a lineup with Alex Bregman and more (Jose Altuve is hurt), and while the Sox won the ALCS 4-1, it belies how close these teams are in the short and long terms.

Anyhow this game is big because I’m fairly certain these teams are heading toward a third straight playoff matchup with the winner sure to win the World Series and claim the title of champion of the league and the nascent rivalry. IN ENGLISH: Go Sox!