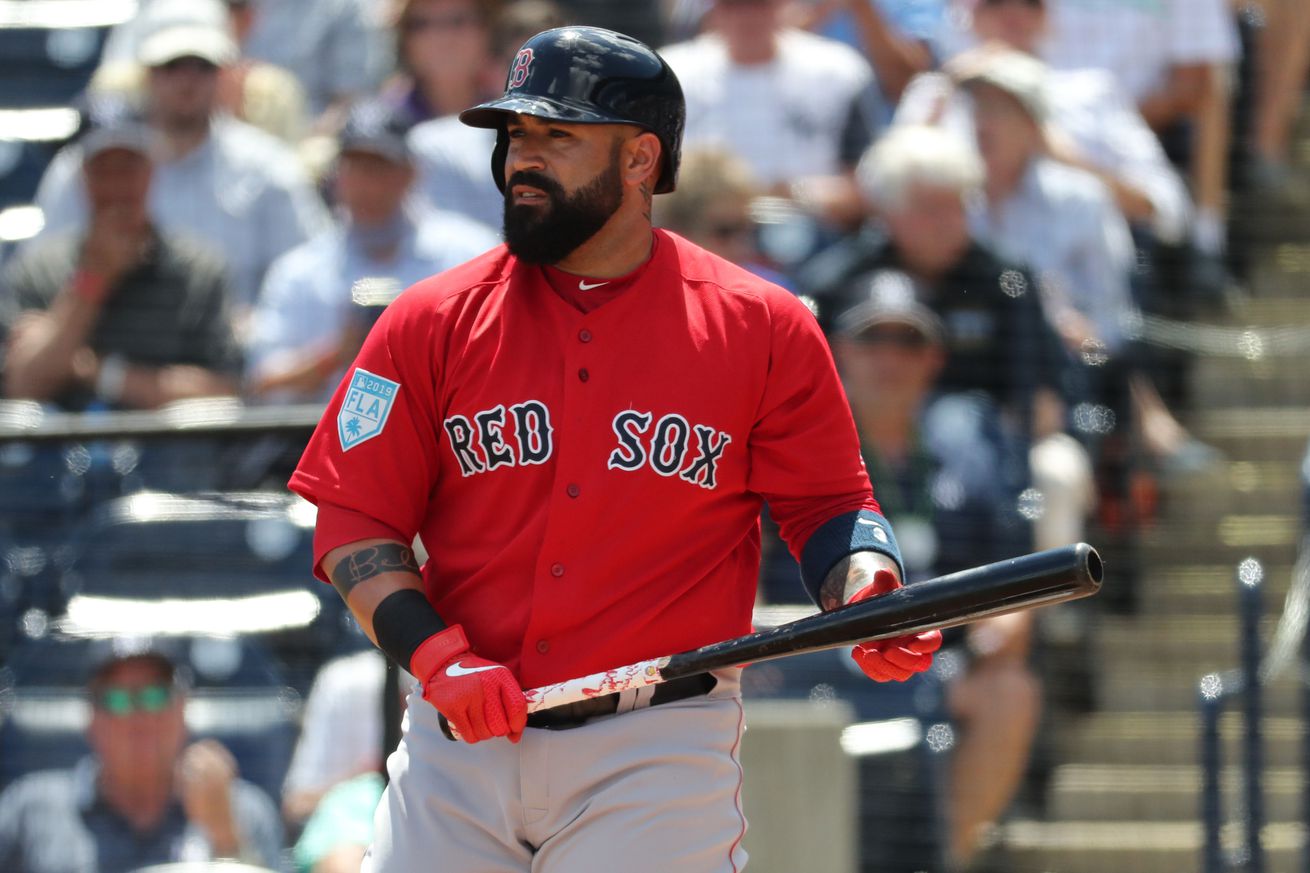 Chandler Shepherd gets designated for assignment

Congratulations are in order for Sandy León and his wife Liliana, who are set to welcome their second child into the world. León will, of course, want to be there for the birth and his child’s first days and has been placed on paternity leave to be with his growing family. Óscar Hernández has been called up from Pawtucket to take León’s spot on the roster. To make room on the 40-man for Hernández, Chandler Shepherd was designated for assignment.

Under MLB rules, León can miss up to three games on the paternity leave list, meaning he could be out for this entire Astros series. It’s unclear what the plan is right now. Hernández, a former Rays and Diamondbacks prospect, was once a promising young catcher. He was drafted in the Rule 5 Draft by the Diamondbacks after only getting as high as A-Ball, and being rushed to the majors from there hurt his development. He was signed by the Red Sox prior to last season, and this year has hit .111/.216/.178 in just 16 games between Portland and Pawtucket. It’s a bit surprising that Hernández got the call instead of Juan Centeno, a minor-league signing from this past offseason. Presumably it’s because of the short stay and they don’t want to expose Centeno to waivers after León returns.

As for Shepherd, the writing was on the wall for this move as soon as the 40-man filled up. The righty was placed on the 40-man prior to the 2018 season, but he just hasn’t pitched well enough to justify his spot since then. The righty has struggled this season in particular. In 29 2⁄3 innings Shepherd has pitched to a 10.01 ERA with 30 strikeouts and 16 walks while allowing a whopping 11 homers. It seems unlikely he’ll be claimed on waivers, but perhaps some team sees something that can be tweaked to get him back on a major-league track.

Over The Monster https://www.overthemonster.com/2019/5/17/18629377/sandy-leon-placed-on-paternity-leave-oscar-hernandez-chandler-shepherd
Categories: Sports