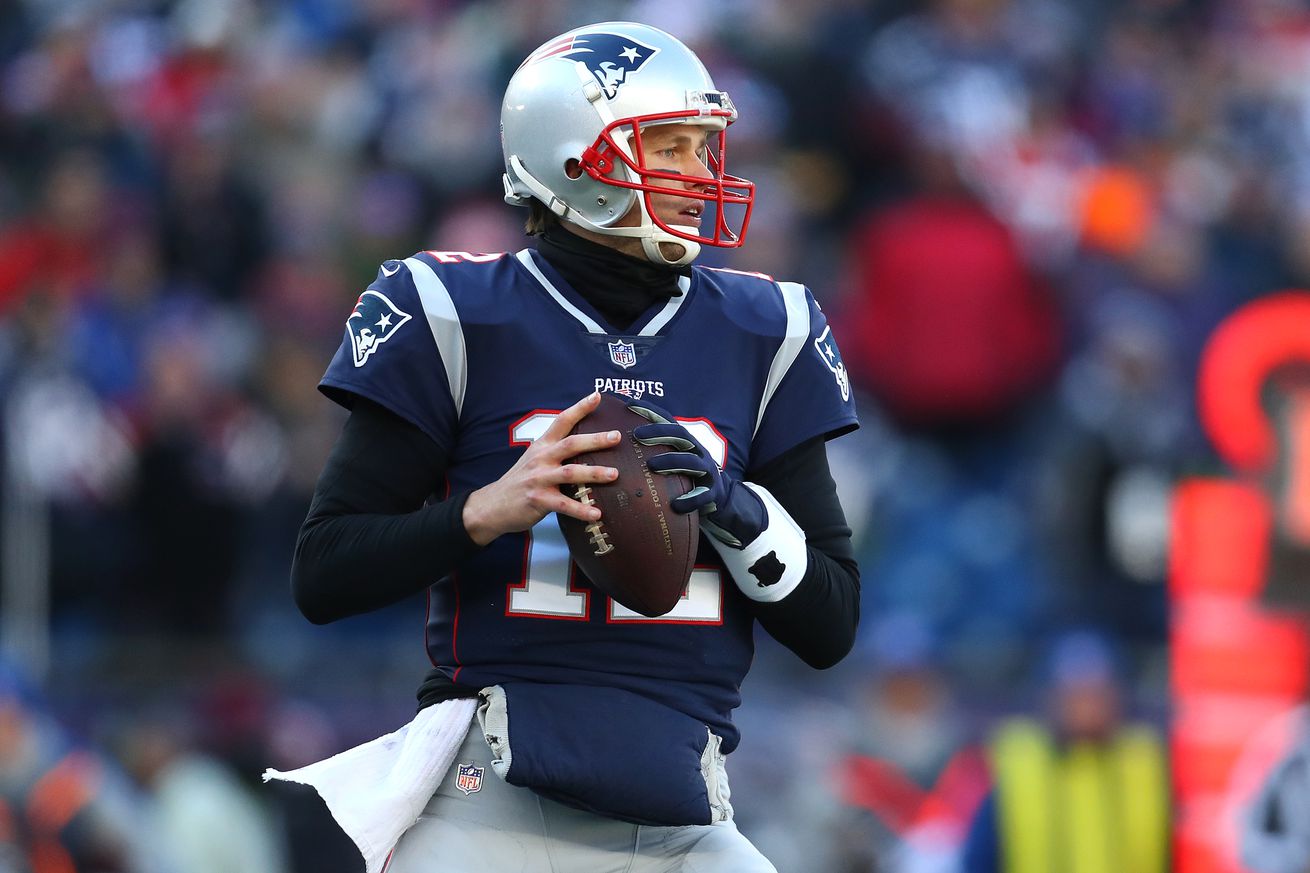 Brady took advantage when his pass catchers gave him a chance.

The 2018 season was a quite successful one for the New England Patriots. After all, the team capped it by winning its record-tying sixth Super Bowl. For quarterback Tom Brady, however, it was more of an up-and-down campaign: while he did make the plays when he needed to and was outstanding in the postseason, he started the year comparatively inconsistently — in parts because of the state of his receiving corps.

New England opened the season without Julian Edelman and Josh Gordon, and the entire rhythm of the Patriots’ passing attack developed rather slowly because of it. When Edelman and Gordon were added to the mix one quarter into the year, however, Brady and the downfield aerial attack improved again. The chemistry, especially with Edelman, played a huge role in that — but so did the ability of both wideouts to get open quickly.

Edelman and Gordon were consistently able to find soft spots in zone coverage, and also routinely beat their opponents in man concepts. This, in turn, changed the complexity of the Patriots’ entire passing game: quick throws developed more easily, while other players such as Rob Gronkowski and rotational wide receivers Chris Hogan, Phillip Dorsett, and Cordarrelle Patterson benefitted from the attention drawn by Edelman and Gordon.

And when his receivers were able to get free — whether that be the aforementioned pass catchers, running back James White, or somebody else — Brady was outstanding in 2018. Advanced analytics website Pro Football Focus tracked accuracy by receiver separation all year long, and New England’s quarterback completed 78.0% of his pass attempts when his intended targets were classified as being open (i.e. having “two-plus steps of separation”).

His success rate on such pass attempts tied Brady for the third-best in the NFL last year behind only the Los Angeles Chargers’ Philip Rivers (78.7%) and Pittsburgh Steelers quarterback Ben Roethlisberger (78.2%). Furthermore, a league-leading 17.6% of Brady’s pass attempts to open receivers were rated in the ‘accuracy plus’-category: passes straight into the hands of the targets and not just their general frame.

Speaking of ‘accuracy plus,’ the six-time world champion was terrific all year at placing the football: in total — no matter as how open his pass catchers were evaluated by PFF — 24.4% of his passes landed right in the targets’ hands, again the best in the NFL. Brady’s ball-placement also ranked first among all qualifying quarterbacks last season when the receivers were open “up to two steps of separation:” 33.3% of Brady’s attempts in such situations earned the ‘accuracy plus’ label.

In total, the 41-year-old was able to complete 67.4% of his attempts when receivers were either up to two steps from their defenders, or they were closing in. Brady ranked fourth league-wide in this category: only the New Orleans Saints’ Drew Brees and the Miami Dolphins’ Ryan Tannehill (both at 71.2%) as well as Oakland Raiders passer Derek Carr (67.5%) were more successful in this evaluation category.

In both ‘open’ and ‘step/closing’ situations, Brady ranked clearly above the league average and among the best in the game. The same cannot be said for ‘tight’ coverage: the greatest quarterback of all time completed fewer than 40% of his attempts when defenders were “within an arm’s length of the receiver, or in the right spot in a passing window so as to discourage the throw” — the fourteenth best number in the NFL. For comparison, the Kansas City Chiefs’ Patrick Mahomes led the league with a 56.7% success rate when his weapons were covered.

What does this all tell us about Brady and the Patriots’ passing game? First, that the veteran quarterback was terrific when his receivers were able to get open in 2018 — something that improved with Edelman back from suspension and a physical X-receiver like Josh Gordon also in the lineup. And moving forward, the role Gordon played could be a key to the Patriots’ aerial success: New England added a similar receiver in round one of the draft in N’Keal Harry, and generally went for taller wideouts this offseason.

When it comes to ball placement, Brady is still among the NFL’s elite, and adding Harry and company could help improve his game even further: don’t be surprised if his success in the ‘tight’ category goes up in 2019 — and if his other rates stay the same, the league better look out.