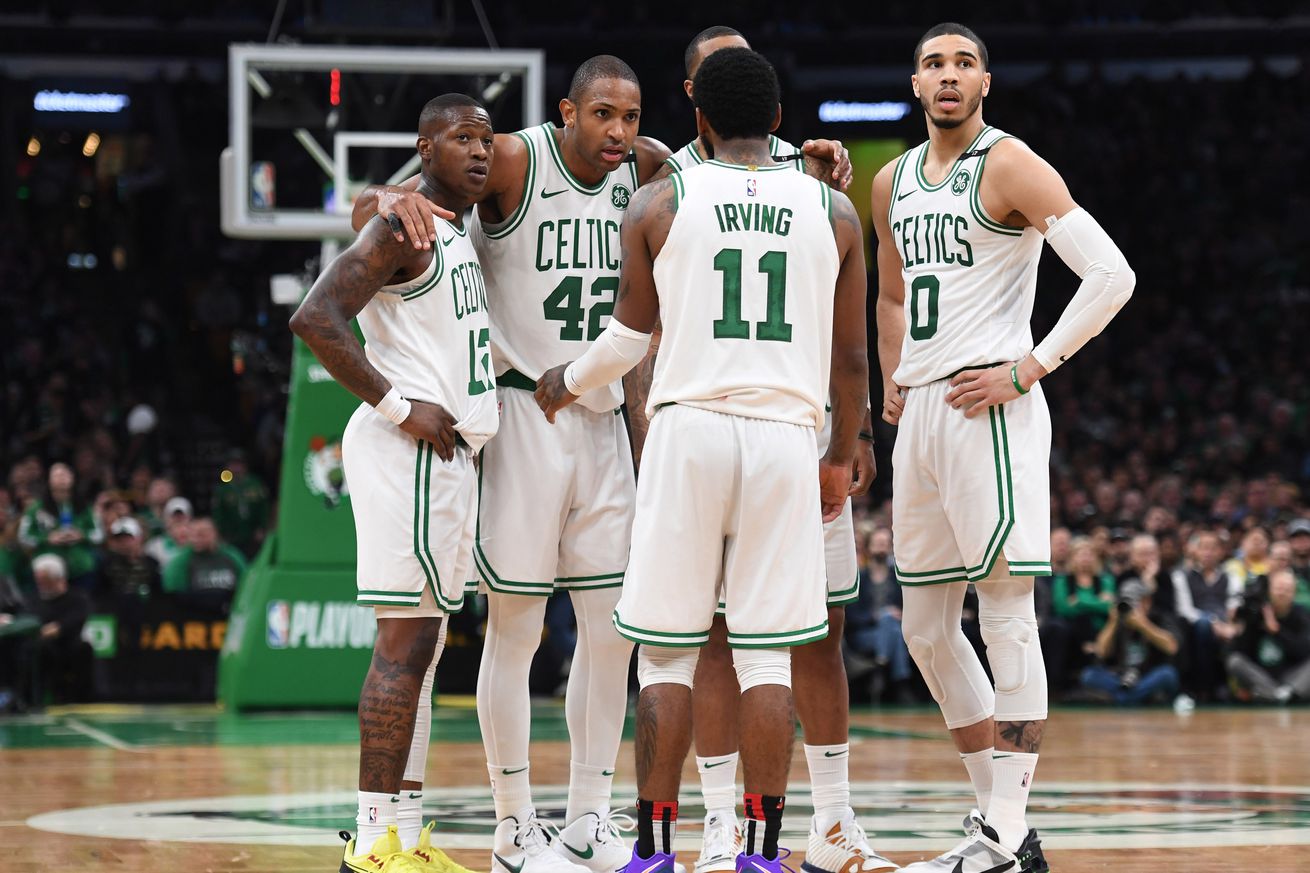 The Boston Herald’s Steve Bulpett is in Chicago for the NBA Draft Combine, but there’s been more chatter about what the Celtics could do in terms of free agency rather that who they’ll pick at #14, #20, or #22. Earlier in the week, he updated fans on the Anthony Davis of it all and how Boston could be a logical trade partner if David Griffin can’t convince his superstar to stay in New Orleans after the final year of his contract. Now, there’s word that Kyrie Irving, the presumed second shoe to drop in Boston’s off-season plans, isn’t as attractive as once assumed:

Based on the way things played out with the Celtics this season and Irving’s role both off the court all year and on it in the playoff loss to Milwaukee, certain clubs are concerned about putting too many eggs in his basket right away.

Two teams for certain are telling people they will only go after him if they land another marquee free agent and that player says he wants Irving. In each of these cases, the initial target is different. (There was worry on one of those clubs that the basketball ops people might be overruled by ownership and told to make Irving a primary aim, but that organization is now on the same page.)

The seasoned beat reporter goes on to say that Irving’s top choice two years ago when he made his trade request from Cleveland was Boston, despite several reports that he was interested in places like San Antonio, New York, Miami, and Minnesota. But that was two years ago. Since then, he’s pledged to return and more recently, seemed frustrated in the direction of the team. Only time will tell, but there are ticking time bombs that have started to tick a little louder.

There’s of course the timeline of the draft proceeding free agency. If the Danny Ainge decides to make a move for Anthony Davis—Bulpett has reported that that could be as early as next week–that could nudge Irving closer to a decision before July 1st. What’s been interesting though out this whole process has been the rumor mill surrounding Irving, Kevin Durant, and their suspected departure for either of the New York teams.

As Bulpett notes, there’s been talk all around the league that Kyrie and KD have had discussions about playing together for either the Knicks or the Nets, but little, if at all, has been mentioned about Irving and AD teaming up in Boston or wherever. They’re reportedly good friends and outside of anything we’ve heard about the the Celtics front office’s intentions of pursuing Davis, we’ve heard nothing from Kyrie’s or Davis’ people that the two have dreamed of teaming up.

As Jeff noted, it’s smokescreen season. Take everything with a grain of salt. If you’ve followed NBA gossip over the last couple of years, usually the loudest rumor is the most false. Most deals are made under the cover of night and almost never on Twitter or out of the mouth of Stephen A. Smith. Stay woke or really, tune everything out.