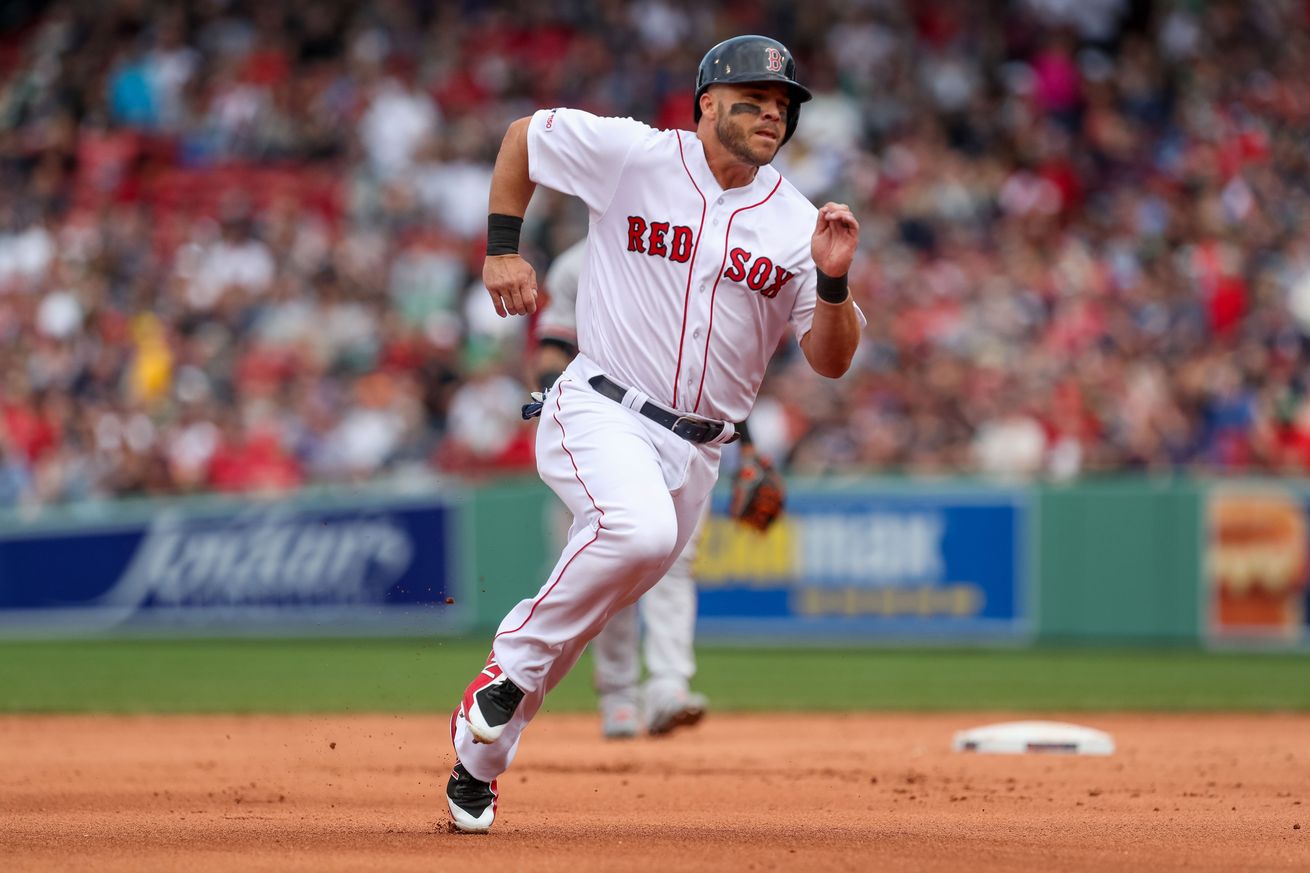 The last month has been especially good for the catcher

All Numbers are through Friday’s action.

It’s safe to say that this Red Sox season so far has been … unexpected. Everything from the way things started to Michael Chavis being the highlight to Mookie Betts landing back on the planet he has orbited the last few years has been surprising. But when it comes to a quarter-season full of surprises, Christian Vazquez has been the biggest one for me, and it’s not even close. He has been one of the most consistent hitters in the lineup and is on pace for a career year. Not exactly what you expect from a guy who slashed .207 / .257 / .283 one year ago with an offensive WAR of -0.4, per Baseball Reference.

Something has clearly changed. This is not the same guy who we saw last year. So what gives? Vazquez told Michael Silverman of the Boston Herald that he’s taking a different path to the ball this year and Manager Alex Cora agreed, stating that Vazquez has been more direct after a “loopy” spring training and start to the season. “There’s no more flares to right field,” Cora told Silverman. I mean, there are still flares to right field, but fewer than we have become accustomed to and would he really be Christian Vazquez without one of those every now and then? He is just hoping his revised approach will continue to steer him away from ground balls, which he said he’s tired of hitting, and lead to more gap-to-gap balls in the air. Fangraphs has Vazquez’s ground ball percentage down to a career low 35.6% and his spray chart would indicate “so far, so good” when it comes to using the whole field. Baseball Savant also has his hard-hit percentage all the way up to 42.2 this season — which is far and away a career high as his hard-hit percentage in 2018 was 28.6 and 22.2 the year before that.

Vazquez seems to be a little more selective with his swings this season — even though his strikeout percentage is up slightly. According to Fangraphs, his swing percentage on balls outside the strike zone is down to 25.9%, which would end up being a career low if he continues on this trajectory. I think we can all agree that we would rather see him swing and miss trying to drive a ball inside the zone than wave at a bad pitch away. Of the 88 pitches Vazquez has seen away and outside the zone this year, his swing percentage is down to 20.4% from 27.4% in 2018, per Brooks Baseball. He’s also doing more with the inside pitches he’s being offered — with hits on six of the 14 pitches he’s seen inside so far. He had just three hits on 25 inside pitches in 2018, according to Brooks Baseball.

I’m not sure how sustainable his success is, but it’s been fun to watch so far. He is adding a much-needed spark to the bottom third of the order and he’s got the runs to show for it with 16 so far when he scored 24 times all of last year. I am expecting a back-to-earth moment at some point, but I refuse to allow my pessimism to get in the way of enjoying what Vazquez is doing right now. It’s unexpected and surprising, which is what makes it a perfect storyline for the 2019 Red Sox.

Over The Monster https://www.overthemonster.com/2019/5/19/18630536/christian-vazquezs-success-is-fitting-storyline-for-2019-red-sox
Categories: Sports