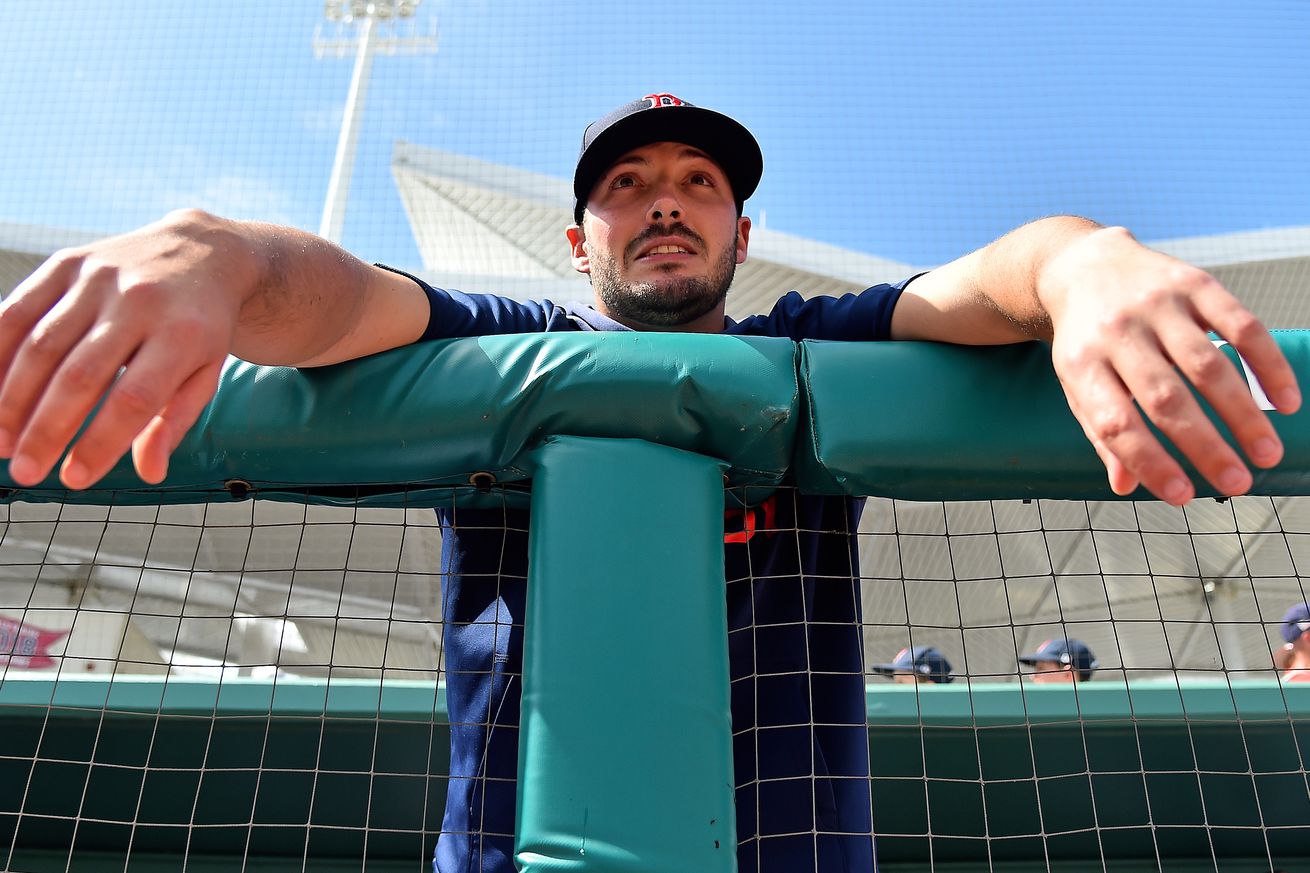 Before the start of this weekend’s series against the Astros, Sandy León was placed on the paternity leave list to be with his growing family as they welcome a new child into the world. Since they didn’t have a third catcher on the 40-man roster, they had to make room for Óscar Hernández. They did so by designating Chandler Shepherd for assignment. He will not be back with the organization, as the righty was claimed by Theo Epstein and the Cubs. Shepherd was a 13th round pick back in 2014 by the Red Sox who steadily made his way through the system and was added to the 40-man roster prior to last season to protect him from the Rule 5 Draft. He’s been atrocious at Pawtucket this year, though, pitching to a 10.01 ERA with five walks per nine innings and a whopping eleven homers allowed in seven starts plus one relief appearance. The Cubs will place Shepherd in Double-A to start his tenure with the organization. It’s never great to lose depth, particularly on the pitching side, but given how Shepherd has looked this year — and even last year — this isn’t a huge loss for the Red Sox.

Movement in the minors

OF Marcus Wilson, acquired by the Red Sox in the Blake Swihart deal, was sent down from Portland to High-A Salem after struggling (huge K rates) in AA. Marco Hernandez is moving up from Salem to Triple-A Pawtucket, an impressive step forward in his efforts to get back.

We aren’t quite at promotion season in the minors, which is the point at which we’ll likely see Jarren Duran move on up to Portland among some other moves. The Red Sox did shuffly a couple of interesting pieces around in the minors on Saturday, however. For one thing, Marcus Wilson was demoted to High-A Salem. Wilson, of course, was the outfielder received in the Blake Swihart trade. He had not been able to acclimate himself to Double-A and Portland’s roster and the team hopes to find him some confidence in Salem. Meanwhile, Marco Hernandez moves up from Salem to Pawtucket. It’s a big jump from the outfielder who has impressed in his comeback from a couple of major shoulder injuries. It still feels like a long shot he can help at the major-league level this year if needed, but he’s certainly progressing more quickly than I would have previously believed was possible.

J.D. Martinez in the middle of suit

J.D. Martinez himself isn’t being sued, nor is the Red Sox slugger suing anyone. He does find himself in the middle of a lawsuit, though. His former agent is suing Merrill Lynch and a Merrill Lynch employee named Bruce Lee for reasons relating to Martinez’ shift to Scott Boras ahead of his free agency two winters ago. According to the suit, Lee influenced Martinez to switch agencies and made up lies about his former agent to help precipitate the move. None of this should affect Martinez much, if at all, but agent fights can be interesting to follow.

Over The Monster https://www.overthemonster.com/2019/5/19/18631227/chandler-shepherd-cubs-waiver-claim-marco-hernandez-promotion-jd-martinez-agent
Categories: Sports