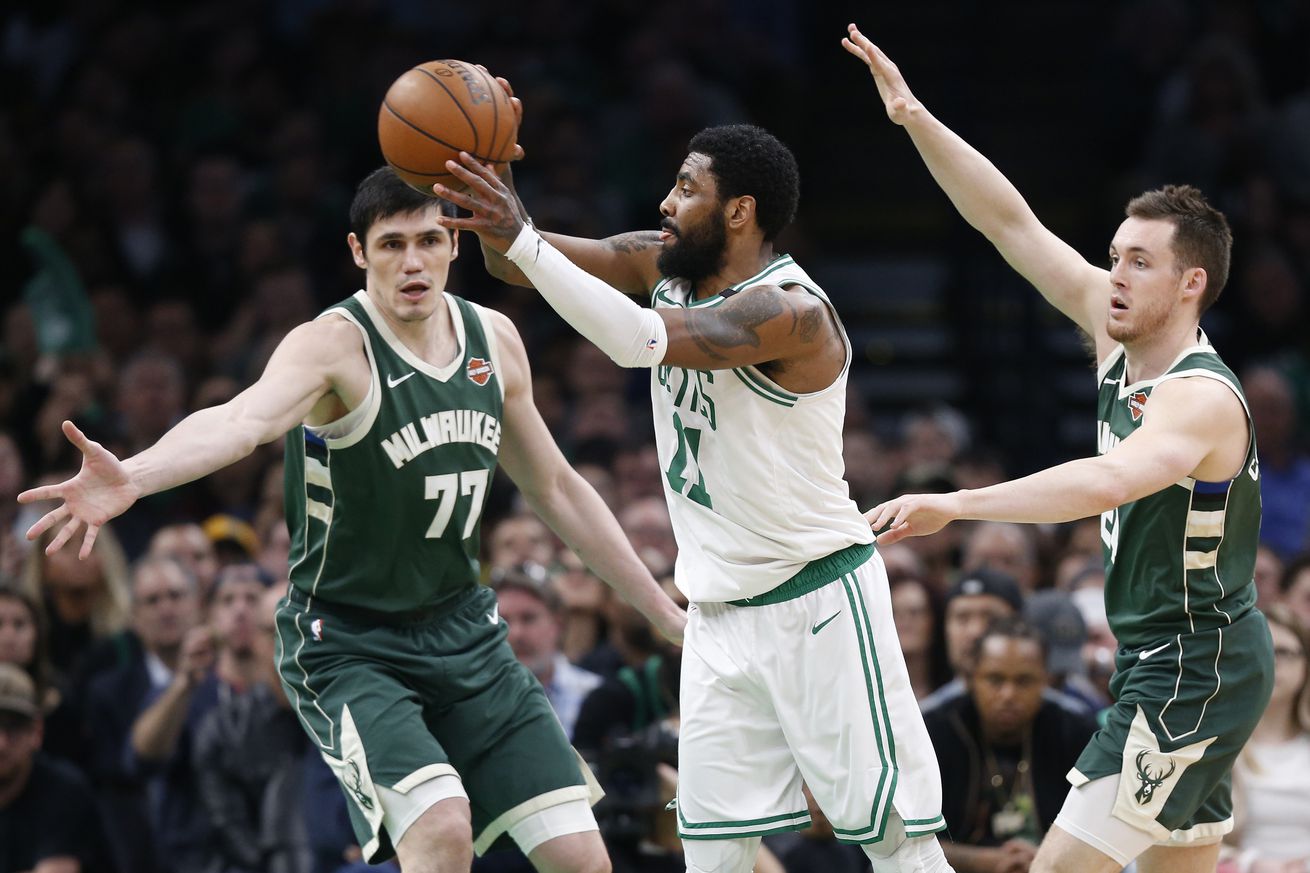 I’ll be honest. Watching Milwaukee steal away Game 1 from Toronto and later throttle them in Game 2 gives me a sense of relief, a relief knowing that Boston had lost to the better team in the Bucks and potentially the eventual East representatives in The Finals. There’s some consolation knowing that we weren’t the only ones getting mowed down by Milwaukee. It’s not just us. Initially, I had actually thought that the Raptors might be better the team with the best player in the conference, but the Bucks are for real and maybe more so, it’s their quirky defense that might just win them a championship.

Milwaukee owned the league’s most efficient defense in the regular season with a 104.9 defensive rating. However, success over eighty-two games against everybody in the league doesn’t always translate in the post season. Match ups matter in the post season and adjustments are made. But through eleven games in the playoffs, the Bucks have been even better, sporting a 98.4 defensive rating against the East’s best (99.2 against the Celtics).

Their system is pretty simple: deny everything in the paint and at the rim, give up 3’s, and get out in transition on misses. In other words, the Bucks are betting on the variance of the three-pointer. With Giannis Antetokounmpo as the focal point surrounded by shooters, they’ll gamble that if they can take away easy buckets from their opponents, cash in free throw attempts, and/or make more 3’s, they’ll beat the house. So far, they’ve been right. They’re 10-1 in the playoffs, Mike Budenholzer is a shoe-in for Coach of the Year, and Antetokounmpo has mounted a set of deer antlers where LeBron James once hung his crown on the Eastern Conference mantle.

For the Celtics, their second round series against the Bucks couldn’t have been more disastrous. After winning Game 1, they’d lose the next four in convincing fashion by a total of 65 points. Their defense failed them and they just couldn’t shoot themselves back into games after a handful of third quarter runs. In Games 4 and 5 alone, the team would combine for 16-for-80 from behind the arc.

In Game 4, they made just 12-of-47 uncontested shots. In Game 5, they generated a whopping 66 open looks and made just 21 including 7-of-39 threes. This stretch in Game 4 is incredibly frustrating:

I’m curious what Director of Basketball Analytics David Sparks had to say about Boston’s quick exit. Was this just an anomaly of cataclysmic misfortune? Has the NBA turned into a carnival game where whoever wins the pop-a-shot contest from behind the arc hangs a banner? During his post-game pressers, Irving would consistently say that sometimes shots fall and sometimes they don’t, but after losing so badly, is this a schematic issue that Ainge has to addresss this summer? For what it’s worth, the Raptors so far have shot 74 total 3’s over two games. They weren’t as prolific as Boston from 3 during the regular season, but they’re still a dangerous team if given space. And yet, they’re done 0-2 even after shooting well in Game 1.

The bigger question for Boston is how they should approach their team construction with Giannis and the Bucks at the top of the East now. This is LeBron and the Cavs 2.0. After seemingly spending years building a roster to contend with the Warriors, the Celtics have a new freak-athlete-surrounded-by-shooters team to beat on their side of the bracket. The difference is that Milwaukee defends in such a unique way.

Some of it seems mental. The Celtics were in Games 2, 3, and 4 until a third quarter run in each game buried them. When they had to put up points on the board, their shooting stroke just disappeared. The echoes of Game 7 of last year’s Eastern Conference Finals haunted them again this year. Going out and signing a bunch of shooters sounds like a panic move that only the Lakers will make this summer. That’s not the answer.

The Bucks “I dare you” D has been working and it’s hard to argue their success when they’ve flat out steamrolled teams so far. Brad Stevens will more likely watch the film and look for areas to attack next year. Champions don’t simply take what opposing teams give them. They get in spaces where they want to be and far too often, Milwaukee muscled Boston and dictated the terms of engagement. If everything holds to serve and the Bucks face the Warriors in The Finals, it’ll be interesting to see how Golden State attacks them. As much as Boston has tried to emulate them, their read-and-react motion offense just isn’t at the level of the defending champs. Maybe that’s the key. Making more shots couldn’t hurt either.