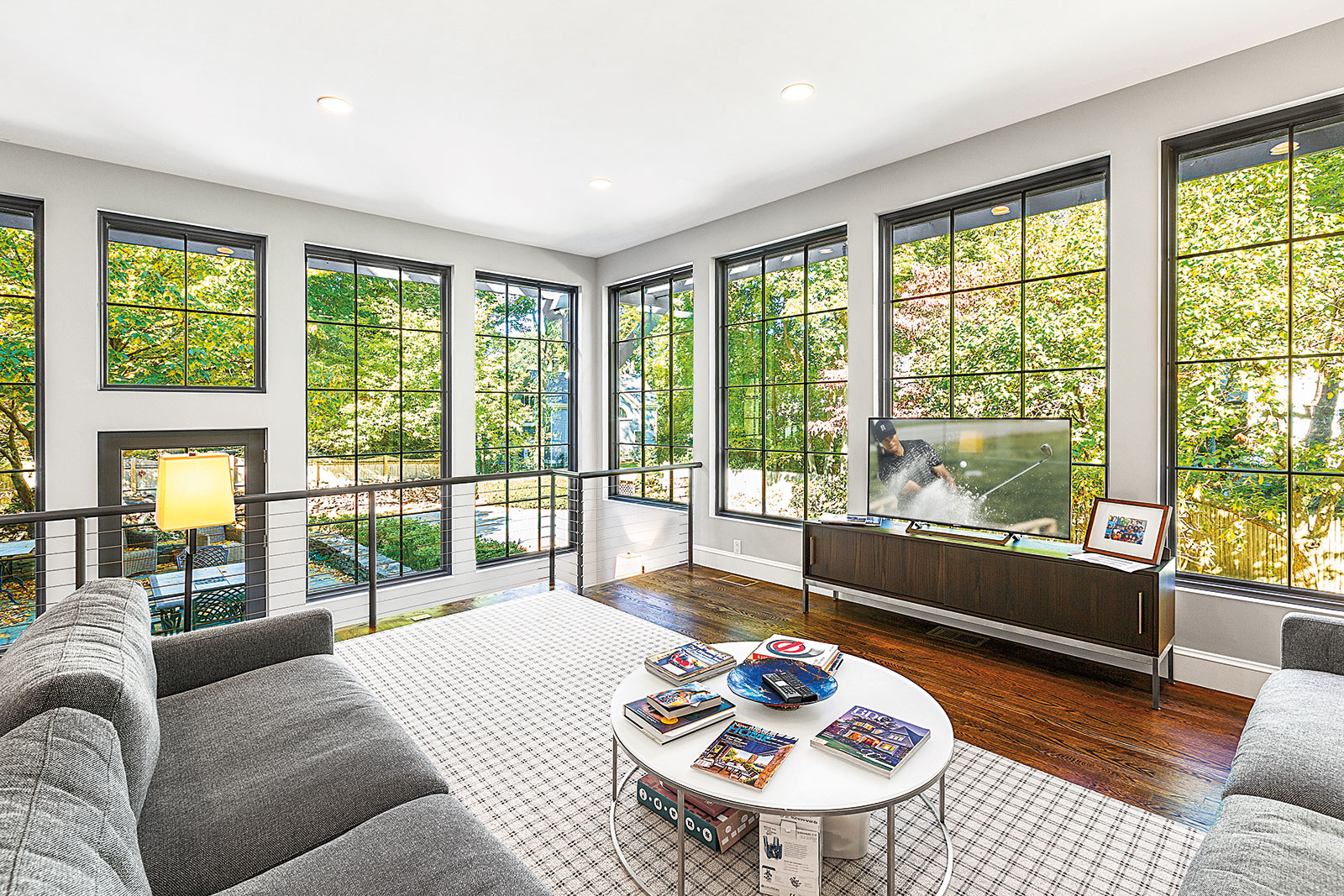 An adventuresome client with a Tudor house in Newton came to Peter Sachs Architect with an unusual request: to create an addition featuring a family room, kitchen and mudroom, three bedrooms and a three-car garage that “would de-Tudorize” their dark home. Principal Peter Sachs knew what the homeowner was getting at; though picturesque, “the Tudor style has a tendency to look inward,” he explains. This new addition, “a pergola and trellis expression” with hammer beams and heavy timber that suits the architectural style, would look outward instead. It would achieve this by including custom-made Pella windows and the brand’s industrial-style French door. 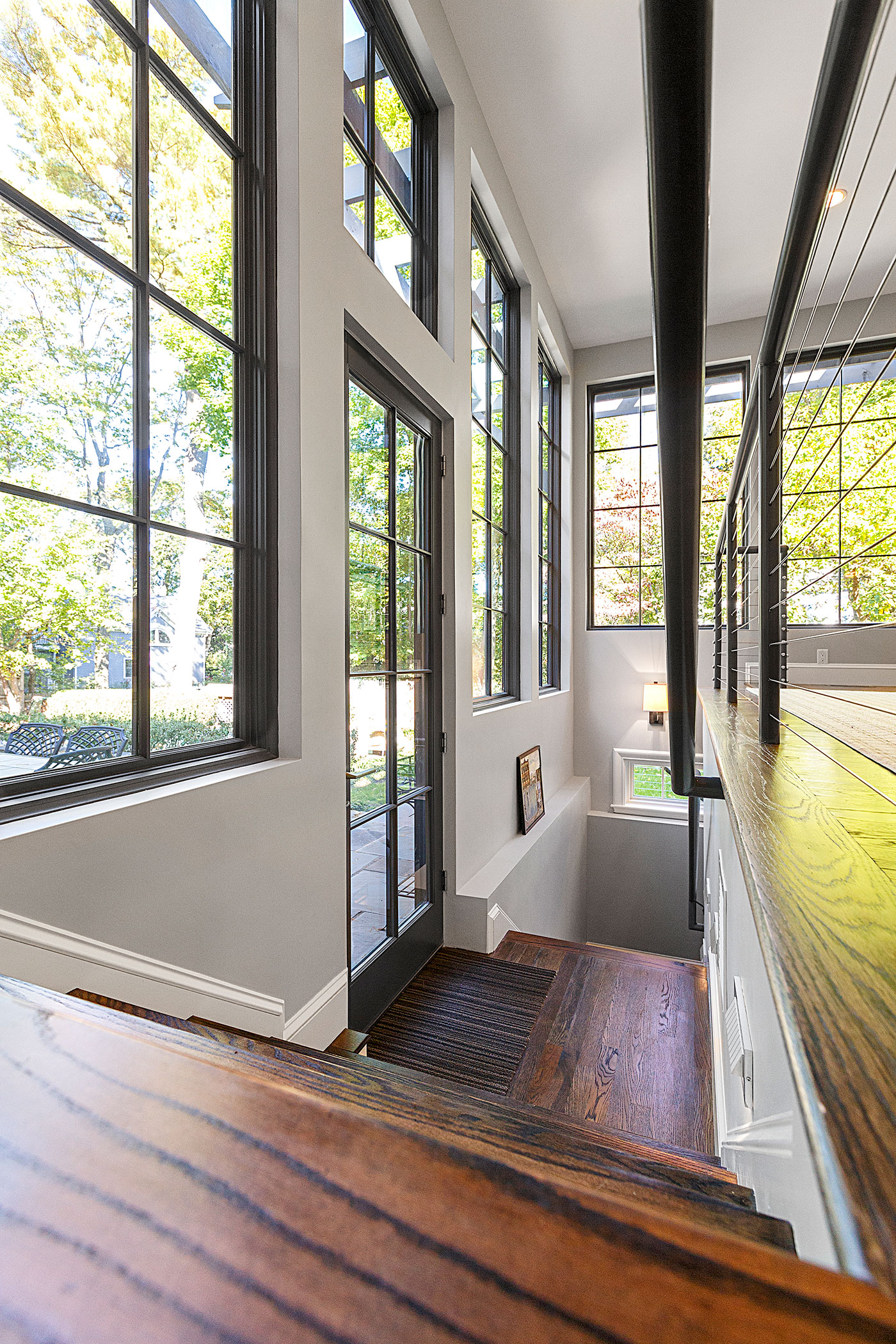 Pella windows, albeit an earlier series, were used on the original brick portion of the home, so incorporating Pella’s newer Architecture Series was a natural. Sachs has worked with Brad Kremer of Pella of Boston for over 20 years, as the window and door manufacturer can realize whatever design and proportions he can invent. Aligning the clean horizontal and vertical lines of the mullions is essential to Sachs. “We can do that with Pella. Other manufacturers don’t seem to be sensitive to that.” 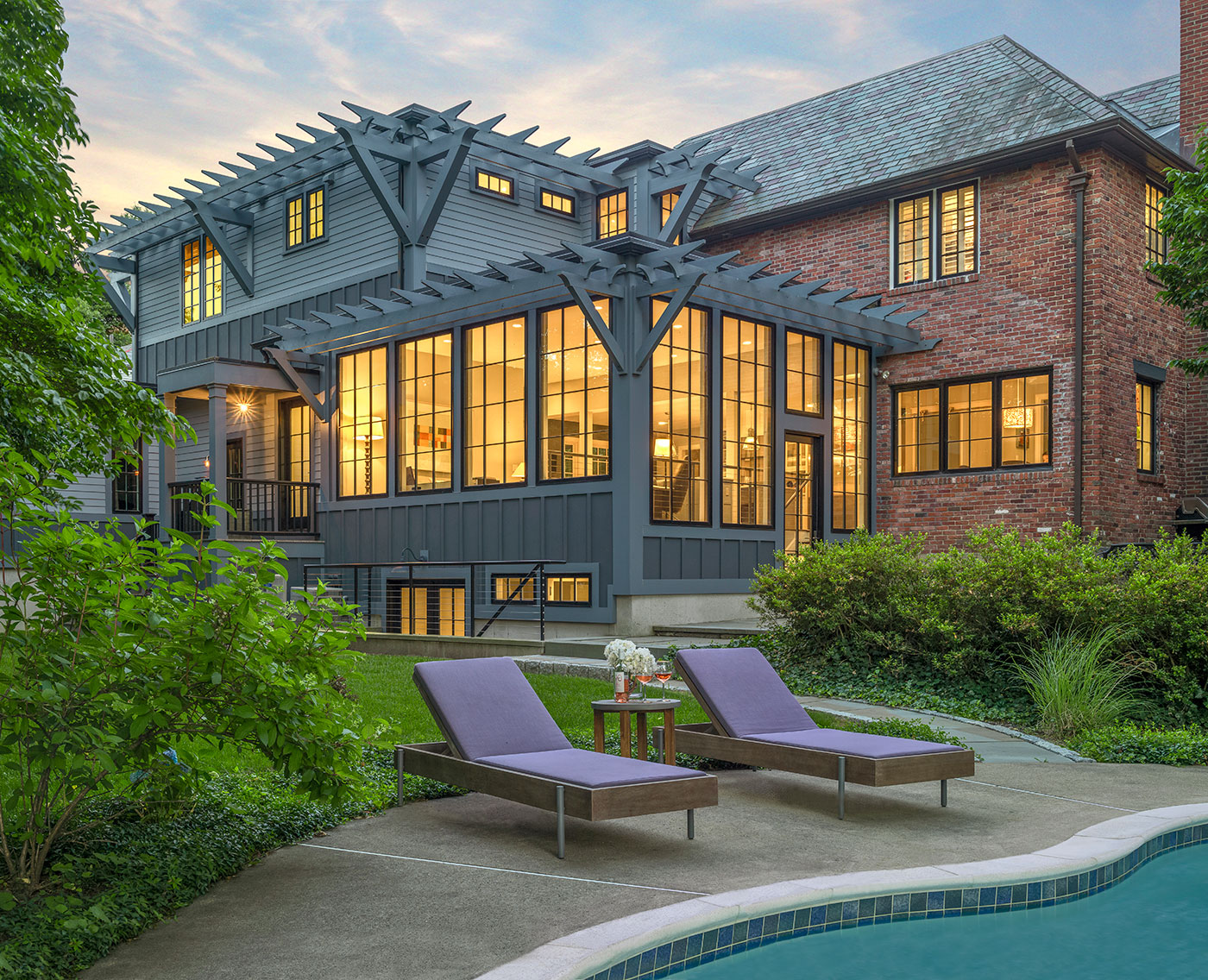 While the home’s new series of windows harmonizes with the originals, they boast a minimalist profile that is striking inside and out. Because “they’re trimmed out in plaster,” with no casings to speak of, “the focus is on the window and on the black contrast,” says Sachs.

They read as super lightweight, yet they are hardy and well-insulated. Their performance made them a possibility for this project. “I give a lot of credit to Pella for creating something we can work with in an environment like New England.”