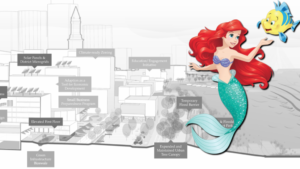 Or: Free the Wu Train

Most recently, a new report by the United Nations’ Intergovernmental Science-Policy Platform on Biodiversity and Ecosystem Services says that not only have humans caused the abundance of plant and animal species in most parts of the world to drop by 20% in the last century—threatening one million species with extinction within decades—but also human-induced climate change is now accelerating that collapse in biodiversity beyond a current rate already “tens to hundreds times higher than the average over the last 10 million years.”

In this context, I was pleased to see a new special issue of MIT Technology Review on the newsstands entitled “Welcome to climate change.” Because it’s exactly the kind of accessible academic publication that needs to take leadership in facing such an existential crisis head-on. The better to influence mass-market news outlets downstream.

However, as good as the content of the issue is, and as unblinking and data-heavy as some of the takes MTR editors solicited are, there was one prediction that gave me pause. It was in the short story “A Full Life” by Paolo Bacigalupi. A piece that reminded me of nothing so much as my own writing on global warming. But from the perspective of a teenage girl. Writing at an unspecified date in the near future, maybe 25 years from now, when climate changes start hitting humanity far faster than we can deal with them.

Through her eyes, we see the once-stable life led by her middle-class Colorado hipster family end abruptly as one environmental hammer blow after another drives them from the Rockies to Texas to Miami to New York City and ultimately to Boston.

As fine and arresting a work as the story is, when the main character arrives in the Hub alone—forced to live with her grandmother once the survivors of her immediate family become climate refugees—I found myself laughing out loud.

Because our city is portrayed the way our local boosters in government and business like to portray us. As a city that’s smarter than other cities. More forward-thinking and better prepared to deal with global warming than other cities. To the point where the subject of the story and her friends “perch atop the new Charles River levees.”

“Boston definitely seemed to have plans,” the girl explains. “Billboards called Greater Boston a ‘City of the Future.’ They’d banned cars from Alewife all the way to the ocean. Only electric trams and occasional emergency vehicles used the narrowed main roads. Remaining streets were being converted into e-bike paths and gardens. Climbing vines shaded walking paths for summer. Enclosed skyways leapt from high-rise to high-rise for the winter. Not a drop of gasoline anywhere.”

Leaving aside the fact that the author doesn’t appear to know our region very well—since a line drawn from Cambridge’s Alewife T stop to the ocean would only include one corner of the metropolis—Boston is not a leading American city in global warming preparedness anywhere outside of the confines of its seemingly endless series of chirpily titled focus groups and “town hall” meetings on “climate resilience” and the like.

Right now, there are no plans to build levees or dikes anywhere around Boston Harbor. Major defenses across the inner or outer harbor have already been shot down largely on cost grounds. Levees are mentioned precisely twice (and dikes not even once) in the entire 199-page Climate Ready Boston full report released in 2016—and not as an alternative that the city expects to act on. Current language in the Climate Ready website about preparing the city for flooding from global warming-induced sea level rise coupled with increasingly severe and frequent storm surges only features terms like “elevated landscapes,” “sea walls,” and “deployable flood walls.”

The Climate Ready report does make it clear that work will eventually need to be done to shore up the dam area: “Other flood entry points, such as the flanking of the Charles River Dam or Fort Point Channel, are likely to require large-scale infrastructure improvements to reduce flood risk.” But not until the 2050s. And levees are not in the cards. Instead, the city is discussing “Potential flood protection solutions [that] could include a tide barrier across the mouth of Miller’s River, a tide gate and connecting flood protection system just west of Littoral Way, or a deployable barrier across the railroad right-of-way connecting Charlestown and North Station.”

For the near to medium term, maps of planned coastal defense projects—most of which have yet to see a shovel break ground after years of meetings and studies—include nothing for the Charles River dam area other than some work on a nearby North End park. Meaning that building more robust defenses is effectively pushed off to some future time. Long after the current Boston political establishment has left the stage of public life.

Which is not to say that city government isn’t doing anything. It’s just doing what I’m sure will be deemed “too little, too late” in a decade or two. And that brings me back to my ongoing discussion about the need for more people to get more active in state and local government.

Because I’m not saying that there aren’t smart and thoughtful people trying to push the dialogue on global warming along faster in Boston city government—and state government as well. There definitely are.

Case in point, Boston City Councilor Michelle Wu. She’s someone who’s been impressing me (and apparently others lately, given the very public talk encouraging her to run for mayor should Marty Walsh run for higher office) as a politician that is serious about marshalling city resources to defend the city against the some of the worst effects of climate change. In recent months, she successfully convinced a solid majority of her fellow councilors to back the Green New Deal program proposed by New York Congresswoman Alexandria Ocasio-Cortez (and, in fairness, originally conceived in more militant form by the Green Party in Europe as early as 2006 and popularized by the US Green Party during Jill Stein’s presidential campaign in 2012).

Wu has also pushed for an effectively free public transportation system for Boston, knowing it was a virtually impossibility in the current political order. And without a concrete plan to make it happen. She did the right thing in that case. She raised a demand to get people talking about a broad and necessary reform—partially on environmental grounds. Hoping that when conditions change, it will be possible to make the demand a reality. Or that she’ll be able to get the job done incrementally, as with her current campaign to make a single bus line free.

But the problem remains that politicians of reasonably good conscience like Wu are hemmed in by political barriers erected by ruling elites against democractic governance on issues like global warming preparedness. Just as I mentioned how undemocratic state government is in my last piece (“More Activism Needed in State and Local Politics”)—for like the umpteen millionth time—so too I can’t discuss Boston politics without pointing out yet again that it is dominated by large corporations. Too many of which have a financial interest in moving slowly on climate change.

Beyond that I can say Boston politics—like American politics at all levels—is still based on the assumption that any potential solutions to crises like global warming must somehow be  solved by the economic system that played the largest role in creating them, capitalism. Which is unlikely to work, since endless growth doesn’t play well with a finite ecosystem. But as long as rich and powerful interests control our government, that’s going to remain the limit of reform.

Still, slow progress is better no progress. The important thing to me in this period is not that politicians like Wu declare themselves to be socialists (although that would be nice). It’s that they should be free to do everything they can under capitalism to mitigate the worst effects of global warming, until such time as political horizons expand to allow socialist solutions to be put on the table of deliberative bodies like the Boston City Council. Which will, I believe, be necessary to really give humanity a hope for the future by allowing us to share the resources we still have on a warming planet more equitably and democratically. While slowing economic growth to what our ecosystem can handle.

Yet the problem I outlined last week, and in many columns and editorials over the last 11 years, remains. The corporations at the commanding heights of our economy are not going to give up their lock on politics without a fight.

And if we can’t win such a fight in the service of stopping a species-destroying threat like global warming, then I seriously doubt that we’ll be able to get real movement on a host of other important related issues either.

So, once again, I challenge readers: Step up. Get involved in local and state politics. Make government more democratic and responsive at those levels. Then move on to change national politics.

Because humanity is a species too. And we’re now definitely under threat of extinction.

Jason Pramas is executive editor and associate publisher of DigBoston. He is also executive director of the Boston Institute for Nonprofit Journalism and founder of Open Media Boston. His column Apparent Horizon is the winner of the 2018 Association of Alternative Newsmedia award for Best Political Column.
This article was first published in DigBoston on 05/15/2019.  It is being re-posted here with the express permission of that fine publication.