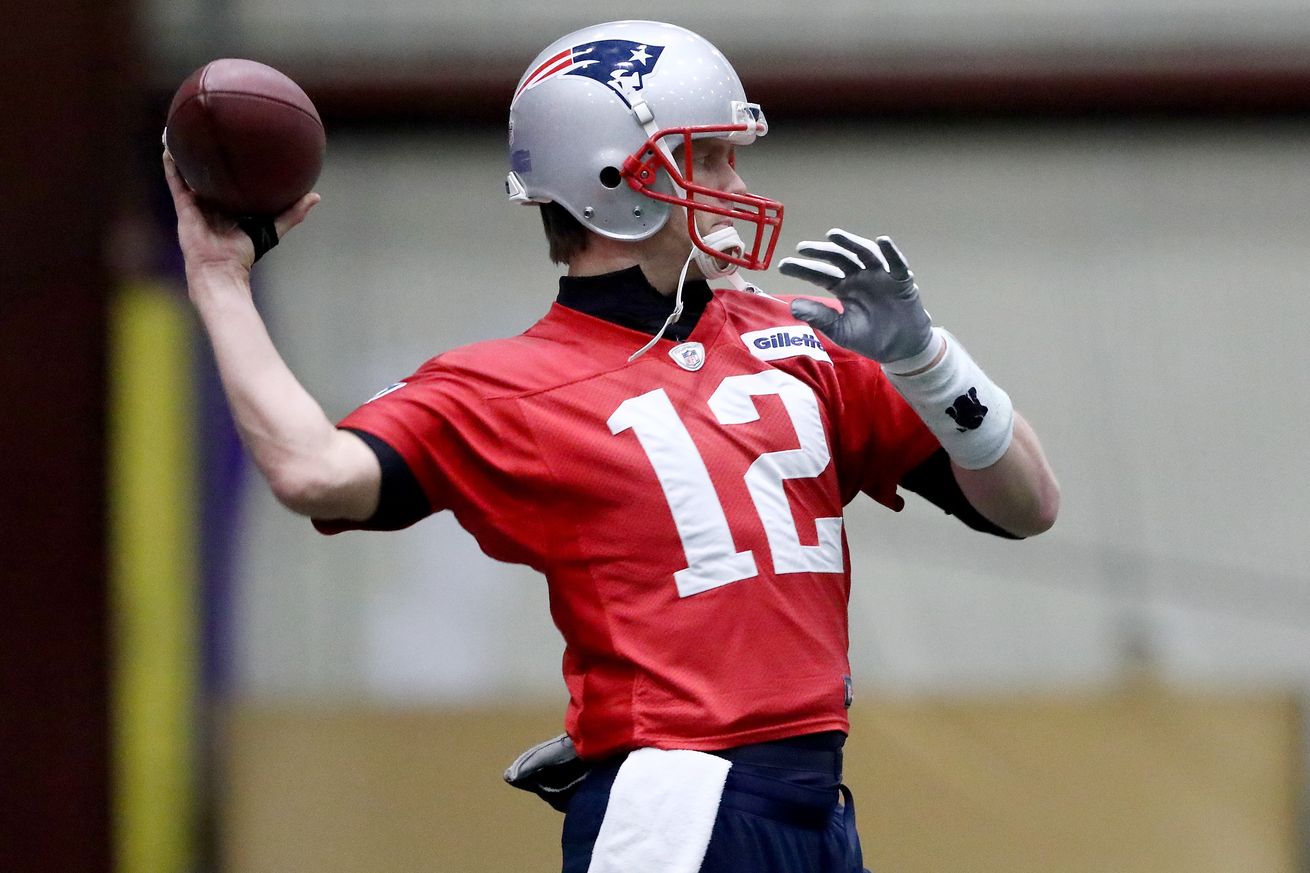 Later today, the New England Patriots will open their 2019 organized team activities. Over the next four weeks, the team will work on teaching and implementing early schematic concepts and taking the next step with the initial two phases of workouts in the books. While not all players will be present at least early on, there will still be plenty of intriguing storylines to follow during the voluntary sessions.

Let’s take a look at some of them, especially considering that reporters will be able to watch Thursday’s session.

When will Tom Brady show up?

While the Patriots’ biggest star is not expected to attend the early portions of OTAs, the 41-year-old will likely return to join its teammates no later than June 4: New England opens its mandatory minicamp that day and Brady is expected to be on the practice fields when that happens. The question is whether or not New England’s quarterback joins his teammates earlier than that — and in which capacity if that is the case.

Who will be in attendance?

The Patriots usually have tremendous attendance during voluntary workouts, and this is not expected to change during their organized team activities. The main question will therefore be about who joins Brady on the potential list of absentees. The three most realistic candidates are all currently rehabbing: offensive linemen Joe Thuney (foot) and Isaiah Wynn (Achilles) as well as safety Patrick Chung (arm).

How will the players coming off injured reserve look?

Wynn spent all of his rookie campaign sidelined after tearing his Achilles tendon during last year’s preseason — his status remains to be determined at this point in time. There are other 2018 draft picks, however, who could very well return to the field during OTAs and are worth keeping an eye on: linebackers Ja’Whaun Bentley and Christian Sam, wide receiver Braxton Berrios and tight end Ryan Izzo have all been out since September and are expected to make their returns sooner rather than later.

Who will be the first man up at tight end?

One of the biggest stories of the Patriots’ offseason so far is the retirement of future Hall of Famer Rob Gronkowski. With the 29-year-old gone, the tight end position will be one to watch during OTAs and beyond. While the voluntary practices are focused on teaching above all else — neither live contact nor one-on-one drills are permitted — we could get a first indication of how the current tight end depth chart looks like.

How will the position battles develop?

The tight end spot will not be the only one to have a fierce competition brewing: wide receiver, left tackle, linebacker, the entire defensive line and the punter position also have multiple players eying for a limited number of roster spots. While the battles will not be decided in mid-May, players can very well position themselves to make a run at one of the spots on the 53-man squad.

Will there be early signs of second-year jumps?

From 2018 rookies like Sony Michel and J.C. Jackson to free agency signings such as John Simon and Obi Melifonwu, New England has plenty of players on its roster entering their second year in the system. Year two is typically when a player takes a significant step in his development and it will be interesting to see if there will be some early signs of that visible during OTAs — be it in terms of usage, build, or general demeanor on the practice field.

New England invested considerable resources this offseason to maintain the quality of its roster despite some high-profile departures. This week will give us a first chance to watch the newly added talent in action — and draw some first (but likely premature) conclusions. Nevertheless, the spotlight will be on rookies like first-round draft pick N’Keal Harry and free agency additions such as Benjamin Watson, Jamie Collins and Mike Pennel.