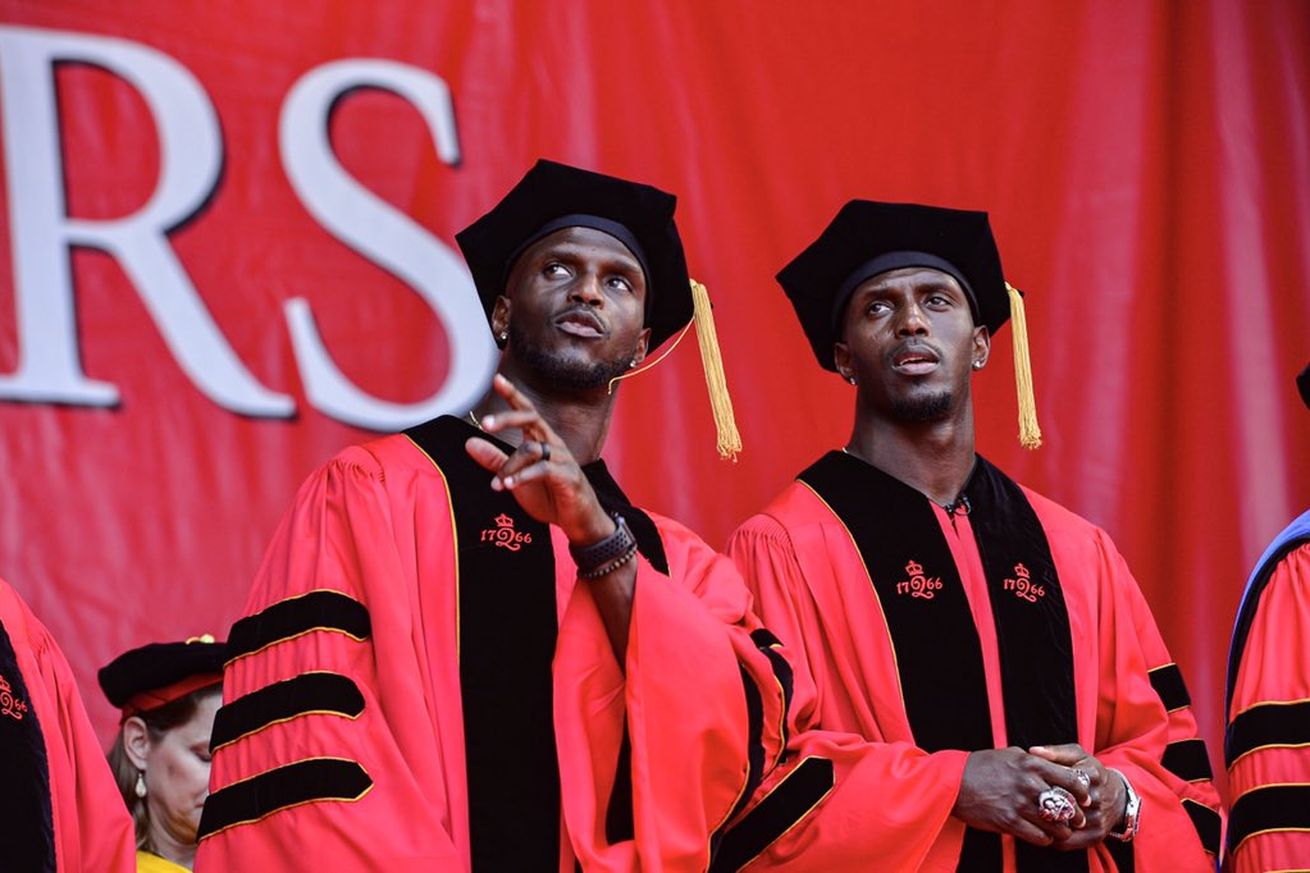 The Super Bowl champions delivered a 20-minute address to the class of 2019.

New England Patriots defensive backs Devin McCourty and Jason McCourty returned to their alma mater yesterday to served as Rutgers’ 2019 commencement speakers and also receive honorary degrees: the McCourty brothers, who are not just Super Bowl champions but also active in the community, can now call themselves Doctors of Humane Letters. After receiving the degrees, the two addressed the crowd of more than 47,000.

The McCourtys, who graduated from Rutgers a year apart — Jason in 2009 and Devin in 2010 — but re-joined each other when the Patriots traded for Jason last season, talked about their journey from college to the NFL and to becoming involved in charitable causes. One of the recurring themes of their 20-minute speech was success and how it can be defined and found in various ways, and despite multiple obstacles in its way.

“Failure is a feeling long before it becomes an actual result. The power of positive thinking can change your life,” said Devin. “I know chasing goals can be scary. You may be doing things for the first time in your family’s history. You may be following in the footsteps of someone great. But do you think we’d be standing here, celebrating the 100th anniversary of Paul Robeson’s graduation, if he let fear and doubt step in the way of being great?”

“Would the Patriots have won six Super Bowls if Bill Belichick listened to other people and put [Tom] Brady back on the bench?” continued the three-time world champion. His twin brother then added that success always needs to be redefined by each individual.

“At some point, you’re growing up and might think, ‘If I can make a lot of money, I’ll be successful.’ You make some money and realize success isn’t about that,” said Jason. “You think if you make it to the NFL, it’s a success. You make it there, but quickly you say, ‘I want to be a starter,’ and that becomes success. Then it’s, ‘I want to win a Super Bowl,’ and that becomes a success. So we want to talk to the graduating class about always redefining what success is to you.”

The brothers also spoke about their experience at Rutgers, how their upbringing without a father influenced them, and how they want to be defined not just through their success on the gridiron: “People often speak about legacy,” Jason said. “And when they mention our legacy, I sure hope they don’t only mention football.”