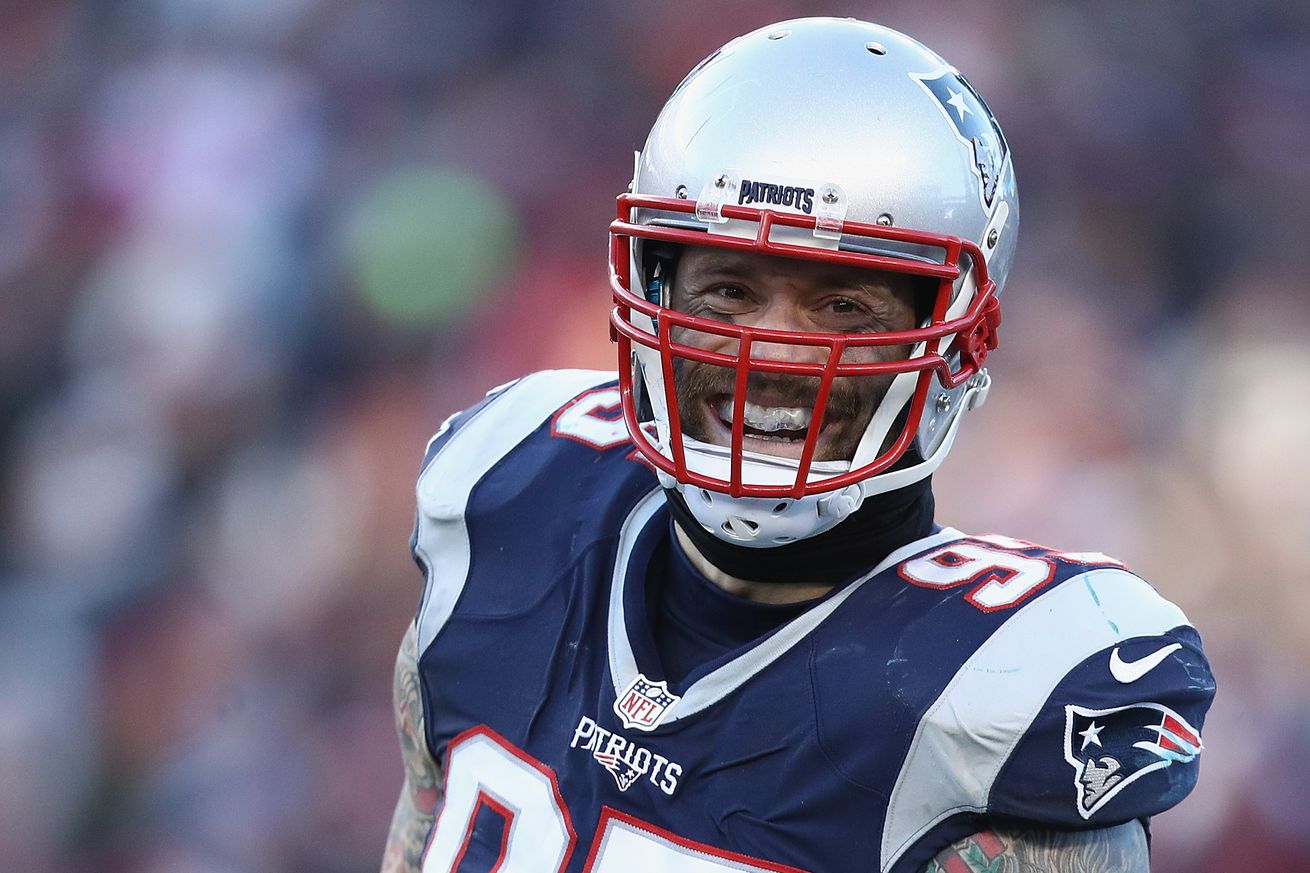 On Saturday, veteran defensive lineman Chris Long announced his retirement from the NFL after eleven seasons — one of which as a member of the New England Patriots. After the announcement, the 34-year-old joined NBC Sports’ Peter King to look back on his illustrious career, which he also spent with the then-St. Louis Rams (2008-2015) and the Philadelphia Eagles (2017-2018). Naturally, the Patriots were also mentioned quite a bit.

“In New England, I learned so much about football,” Long told King about the team that signed him as a free agent after the Rams released him. “I always thought I was a smart player, even though I never thought about anything but the six inches in front of my face. In New England, I was forced to learn so many schematic concepts. In my career playing football, nobody asked me to do as much as Bill Belichick did.”

Appearing in 19 games for the Patriots — among them the first three playoff contests of his career — Long became a core member of the team’s defensive edge rotation for the 2016 season. His role, however, was not limited to one assignment. “I might be 3-technique, or a linebacker, or a linebacker dropping into coverage more than ever, or playing inside more than ever,” said Long about his usage under head coach Bill Belichick.

“I’ll always remember how much I learned watching Bill in practice. He can coach any position as good as any position coach in league. He can walk around the field and stop drills and coach each position — at the highest level,” Long continued. His praise for the Patriots organization did not stop at its head coach, however, as the former second overall draft pick also spoke highly about the team’s players.

“The quality of the dudes. Solid men. The right kind of people,” said Long before mentioning one person in particular: “Tom Brady blew me away. [He] is a normal guy. When I got there, here comes Tom. ‘Hey Chris, I’m Tom, nice to meet you.’ Well, yeah, I know you’re Tom. A lot of people want to hate him for all the success, and I understand how you can dislike the Patriots, but I cannot understand how you can dislike Tom.”

Long also went on to speak about one of the biggest moments of his career: his first ever Super Bowl, which saw the Patriots famously come back from a 28-3 third quarter deficit to defeat the Atlanta Falcons in overtime. “When we were way behind, I’m thinking, ‘I waited my whole life to be here, and this is a nightmare. This is the worst nightmare I have ever had,’” said Long about the game.

“If we lost that night, I very possibly would have retired a bitter man. But winning it breathed life into me,” continued Long, who left the Patriots after the 2016 season and with his first Super Bowl ring in hand. He continued his career with the Eagles for two seasons, winning another championship along the way (coincidentally against the team with which he earned his first the previous season).

Long is headed off to retirement now, but it appears as if he will stay active no matter the endeavor ahead of him. “I am excited about the next phase of life,” he told King. “I’m launching a digital media company. I will have my own pod. I’m just excited about being able to control the narrative. I like to create. Maybe I’ll work at a network. Whatever I do, I’ll be me.”