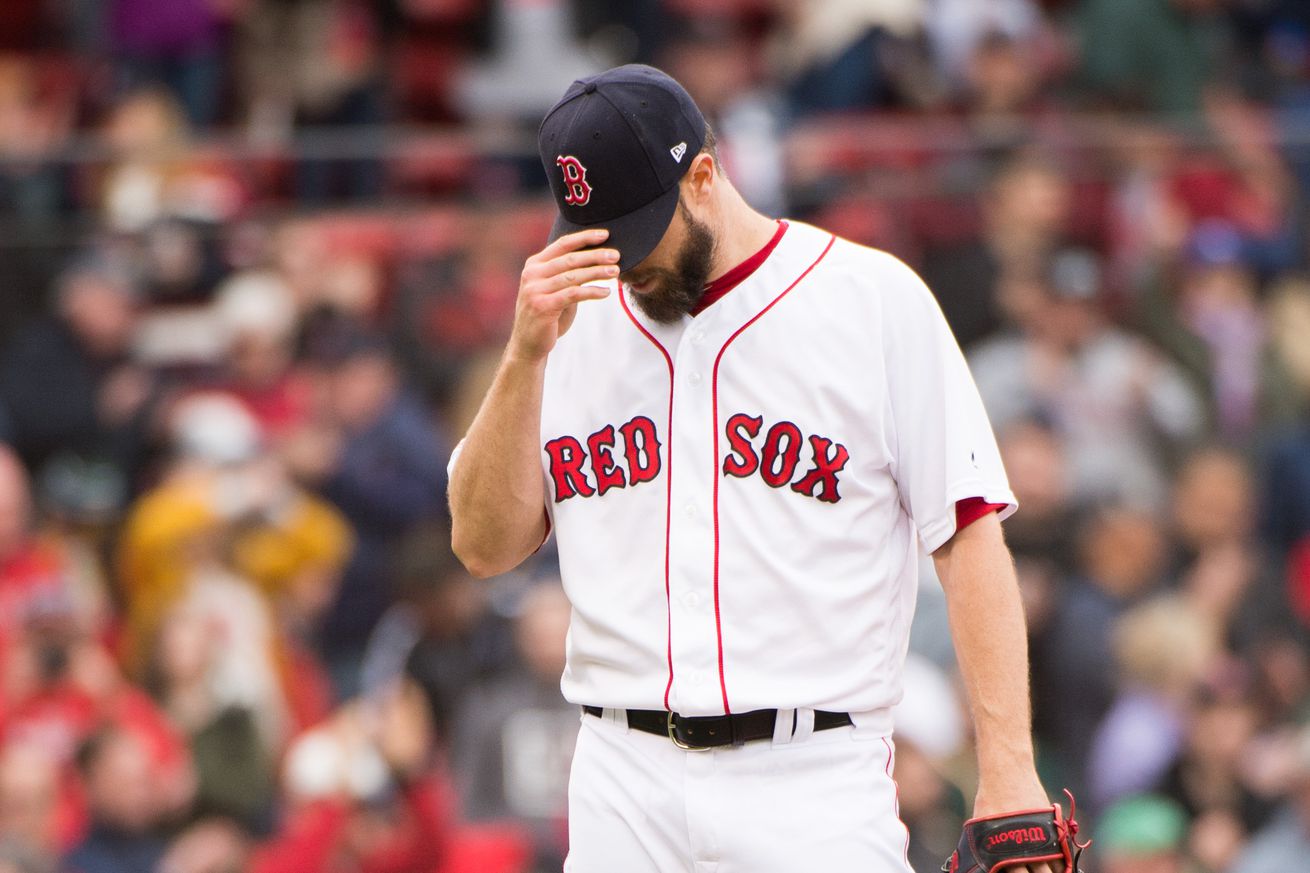 It’s been a bumpy road. Unfortunately, not all bumpy roads lead to a smoother one.

Two things are true about Tyler Thornburg. He pitched two innings against the Astros and held them scoreless. He also has 41.2 innings pitched for the Red Sox since acquiring him for Travis Shaw (and others*) after the 2016 season. In those 41.2 innings, he has a 6.26 ERA, poor peripheral numbers, and has seen his velocity decline greatly since undergoing Thoracic Outlet Surgery.

*Ed. Note: I feel personally attacked by Mauricio Dubon being referred to as “and others”

He’s looked hittable in that time as well, and has had all of his pitches absolutely clobbered. Per FanGraphs: 51 percent of hits against him this season are classified as “hard hit balls”, which is the 15th highest percentage among any pitcher in baseball with at least 10 innings pitched. For fun and games, Joe Kelly is ranked third by the same number. This in itself isn’t the end of the world, but Thornburg is also giving up a ton of flyballs, ranking in the top 25 of that statistic as well. Thornburg and Cody Allen are the only two pitchers in the league to have over 50% hard hit balls along with a flyball rate over 50%. As you can probably gather, Allen is also not having a great season.

Since arriving in Boston, there was hope that Thornburg would be that 7th or 8th inning piece that the Red Sox bullpen was going to miss in the post-Koji Uehara years. It hasn’t gone according to plan. He opened the 2017 season on the disabled list with an (at the time) unknown shoulder injury. Fast forward to June, and he was diagnosed with Thoracic Outlet Syndrome after several setbacks. He underwent surgery and missed the entire season. Shaw on the other hand, had a career year in Milwaukee. Mauricio Dubon (also traded in the deal) also hit well and made it all the way up to Triple-A.

The 2018 season wasn’t much better. Thornburg missed Spring Training due to the surgery, and had a late start to his rehab with the Triple-A Pawtucket Red Sox. After a handful of games, his rehab was paused before starting a second rehab stint in June, one year after being diagnosed with TOS. When he did pitch in the minor leagues, it was still ugly with an ERA approaching the 5’s. The peripherals did not suggest that better performance the way, either. Eventually his rehab ended, and because he had no options, was added to the Red Sox active roster. He did not pitch better in the major leagues.

While there should always be roster spots reserved for players who can prove it on the major league stage in mop up duty or bad situations, these roster spots should be reserved for players that can be moved up or down as results dictate. Of players on the AAA Red Sox, those that could benefit from seeing major league action include Mike Shawaryn, Teddy Stankiewicz, Travis Lakins, Bobby Poyner, Josh Taylor, Matthew Gorst, and doubtlessly one or two other players I’m failing to mention. Marcus Walden has taken those opportunities this season in limited action, and has absolutely shone through as this year’s Ryan Brasier. While it’s unlikely, having a second roster spot to find a similar pitcher for the 2019 season could go a long way to this team winning the division at the end of the season.

If Tyler Thornburg can’t pitch in innings that matter, why give him the innings that could be used on pitchers who might be able to? It’s time to call an end to the experiment. Thornburg has not worked out after surgery. It’s time to see what the kids can do.

Over The Monster https://www.overthemonster.com/2019/5/20/18631458/tyler-thornburg-red-sox-joe-kelly-travis-lakins
Categories: Sports