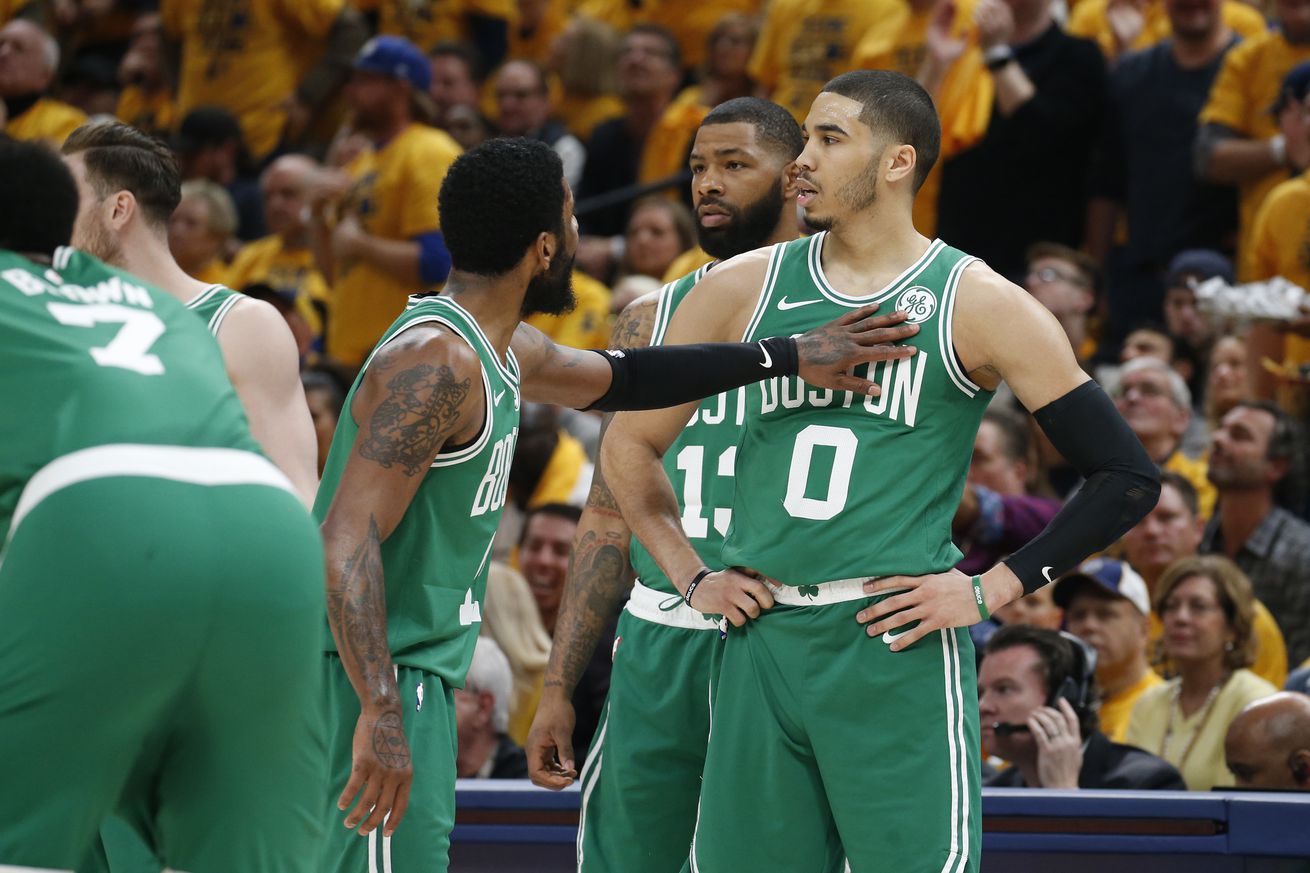 Boston has had the luxury of having two cores, but this could be the summer where the team has to choose one path.

The Boston Celtics have spent the better part of the last decade building towards championship contention along two distinct timelines. President of Basketball Operations Danny Ainge cycled through players at an astonishing rate, identifying undervalued veterans and enabling Brad Stevens to work his magic to draw the best out of them, while simultaneously collecting and making a slew of draft picks.

The idea behind his maneuvering was simple enough: collect the present-day talent needed to compete in a meaningful way AND stockpile young players with the potential to grow into the stars required to replace the more established players as they age out of their primes. It was a plan that was only made possible by a swindling of the Brooklyn Nets. Boston netted a king’s ransom of draft picks and pick swaps from Brooklyn in the trade that sent Celtics’ legends Paul Pierce and Kevin Garnet packing.

The deal allowed Boston to continue to grow and improve as a team, without sacrificing draft position. The Celtics effectively outsourced the process of tanking to the Nets. Everything appeared to be working. Until its most recent campaign Boston increased its total wins in four consecutive seasons, capping the year with a trip to the Playoffs in each instance, including two Eastern Conference Finals appearances.

During that same window, the Celtics made 17 total selections in the Draft (excluding those that were traded immediately), two of which came as the third overall pick, and another at the sixth spot. Teams that consistently make it to the postseason don’t typically get that many bites at the top prospect apple. In the summer of 2017, Isaiah Thomas beget Kyrie Irving, the team’s success swayed then free agent Gordon Hayward to join Boston’s ranks, and the future seemed blindingly bright.

The Celtics, it appeared, had pulled off a feat most franchises only dream of: building a team that can compete in the present and in ten year’s time. Boston wasn’t just walking and chewing gum, it was doing cartwheels. The Celtics advanced to Game 7 of the 2018 Eastern Conference Finals despite missing their two biggest stars in Irving and Hayward due to injury.

With a fully healthy unit heading into the 2018-19 season, Boston was presumed to be entering a period of prolonged NBA dominance. Things didn’t go according to plan. The Celtics young players struggled in reduced roles, Irving grew frustrated with what he perceived to be a lack of seasoning among the pieces that surrounded him, rumors and displeasure ran rampant, and the season spiraled out of control.

None of it was fun.

Boston’s front office cartwheeling ways came crashing down in heap of gum choking agony. This summer, for the first time in a five-year run of continuous growth and seemingly endless potential, the Celtics will be forced to truly think about whether or not they can build a team that can compete for championships in both the future and the present. Some of that decision is out of their hands. Irving is a free agent. Al Horford could choose to join him should he decline his player option.

If those two leave, Boston has no choice but to build around its young core. However, should they both stay, things become interesting. The Celtics would need to answer a series of challenging questions. The first is whether or not it is actually possible to build along multiple timelines. Can Boston put its most competitive foot forward in the present, while simultaneously allocating enough minutes, possessions, and shots to develop the likes of Jayson Tatum and Jaylen Brown to reach their potential – the versions of themselves that will enable the Celtics to remain formidable after the brightness of their current stars begin to fade?

If the answer is yes, then the Celtics may be content to simply continue to do what they’ve been doing, bank on the most recent season being a funky blip, bet on talent, and wait for Brown and Tatum to blossom despite being asked to function as role players for the next few years.

If that doesn’t seem a feasible path, then Boston must make a new determination. Which provides a better shot at winning a title: going all in now, or cashing in current talent for future assets? Irving isn’t good enough to be the lead dog on a championship team. That much was abundantly clear this post-season. But playing second fiddle to another star (cough, Anthony Davis, cough), he could make the Celtics incredibly formidable, especially if Horford remains in the fold, and Hayward makes a return to All-Star form.

If Ainge can’t make a move that would land Boston a bona fide superstar, and the team concludes that it’s not tenable to develop its youth and contend then they’ll have no choice but to sell off what they can and let Brown, Tatum, and whomever they can add through the draft in the next several seasons to push their games to the limits of what they’re capable of.

Boston would prefer not to have to make that kind of choice, but it’s facing a difficult truth: winning at the NBA’s highest level is extremely challenging, and executing a plan to do so across multiple iterations of a team is a tight rope act of the highest order. None of the outcomes here leave the Celtics in an objectively bad situation, but they’re far from the ideal many envisioned heading into the year.