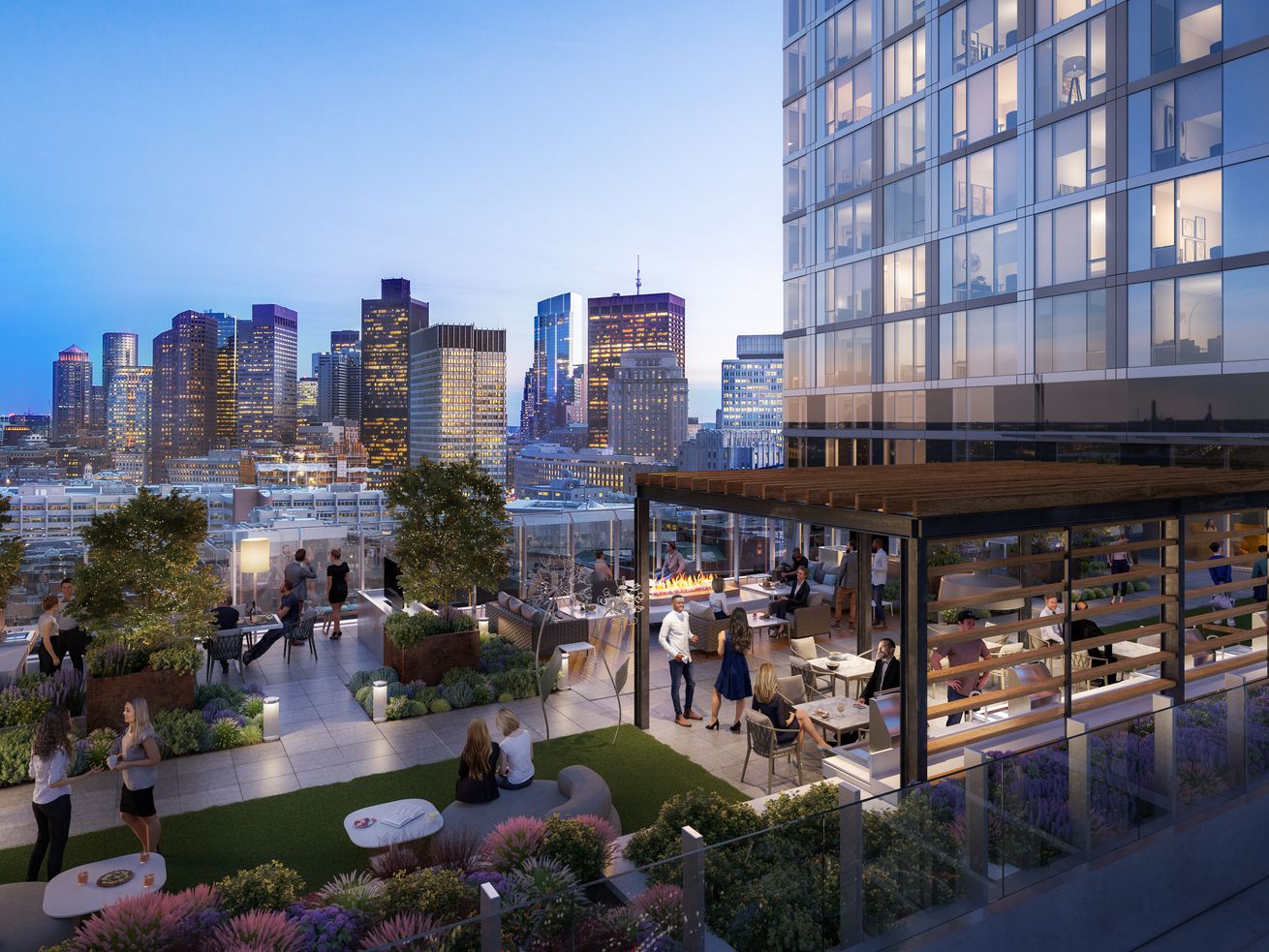 Leasing has started at Hub50House, the 38-story, 440-unit residential tower at the Hub on Causeway, the 1.5 million-square-foot development going up on and around TD Garden and North Station. The tower at 50 Causeway Street could provide a particularly stark barometer for the health of Boston’s luxury rental market.

And luxury it is: Rents range from $2,300 a month for so-called metro units, which are each smaller than 400 square feet, to $10,000 a month for three-bedroom penthouses.

Such rents don’t merely lease the apartment, though. Hub50House comes with a slew of amenities—so many that the team behind it, including marketing firm the Collaborative Companies, refers to the current leasing underway as “membership leasing.”

A Hub50House lease also earns a tenant access to Rafters, a party deck scheduled to open in the fall of 2019, part of a major revamp of TD Garden. Delaware North—one of the Hub on Causeway’s developers along with Boston Properties—owns and operates the arena.

A lease also places a tenant within a development that includes a 60,000-square-foot Star Market and a 14-screen ArcLight Cinema as well as a new concert venue and various restaurants.

Finally, in an era in the Boston region when new developments celebrate proximity to mass transit and friendliness toward bicycles, Hub50House lays it on pretty thick regarding both. A release from the team behind the tower notes that it has “direct access to 65 percent of the MBTA’s stations via subway, commuter rail and shuttle buses.”

It’s also in reasonable walking distance to a number of downtown enclaves, the release says, and the on-site parking includes room for bike storage and repair.

“Hub50House combines the most connected location in Boston with the most unique amenities to create a living experience unmatched in the city of Boston,” Bryan Koop, executive vice president at Boston Properties, said in a release. “Through the combination of our distinctive spaces and HubClub access, residents at Hub50House will be able to make the most of each and every day.”

As for the apartments themselves, each includes ceiling heights of at least 9 feet as well as the latest cabinetry and gadgetry. Each will also have a washer-dryer and Nest thermostats. Move-ins are expected this fall. Stay tuned.