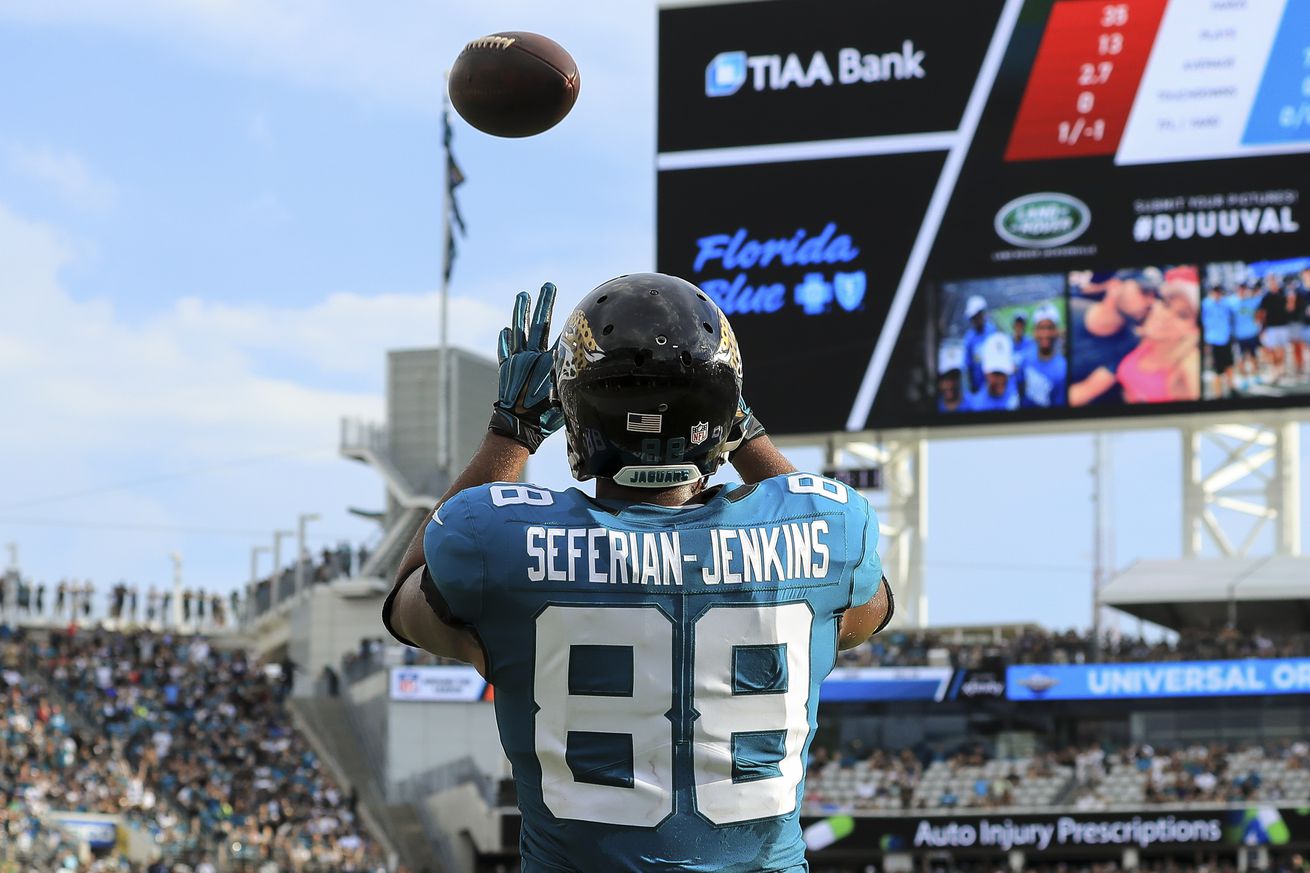 The New England Patriots are one day into their organized team activities and already saw the return of multiple previously injured players to the field. One man who also ended the 2018 campaign sidelined because of injury will reportedly not participate in the action, however: according to the Boston Herald’s Kevin Duffy, tight end Austin Seferian-Jenkins will miss this week’s OTA practices as an excused absentee.

The reason for Seferian-Jenkins not participating in the voluntary workouts is not yet known, although it should not be seen as a cause for concern given that the team apparently gave its blessing. We will therefore have to wait a bit longer to see the 26-year-old in a Patriots uniform for the first time since the team acquired him as a free agent in early April to bolster a tight end group that is undergoing a major transformation.

Not only did Rob Gronkowski announce his retirement in late March, the team also moved on from Dwayne Allen and Jacob Hollister. In their place, Seferian-Jenkins will compete against Matt LaCosse, Benjamin Watson, Ryan Izzo, Stephen Anderson and Andrew Beck for a spot on the roster. Given his experience and steady albeit mediocre production in the past, the former second-round draft pick was seen as one of the favorites to make the team.

Seferian-Jenkins, who appeared in only five games last season because of a core muscle injury, became available for the Patriots after his previous team, the Jacksonville Jaguars, declined his contract option for the 2019 season. One month into free agency, New England brought him in on a one-year, $895,000 — reflective of his status as a player that needs to fight for a spot on the team.

This week’s absence will likely not have too much of an impact on his long-term outlook with the team, but obviously does put him at a slight disadvantage compared to the other players at the position.